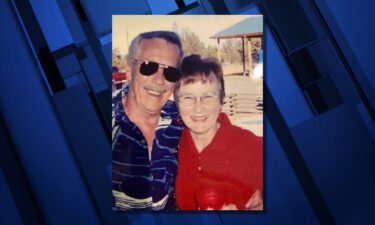 I truly believe taking prudent risks is the best way to grow and achieve success. Living by those words has led me to Central Oregon, where it seems taking such risks and embarking on adventures is embedded in the culture. How fitting!

I joined the talented team at NewsChannel 21 in September 2018. I couldn’t be more excited to begin my career at such an amazing station, and in such a special place.

Living in Central Oregon is a big change for me. I was born and raised in Los Angeles, and attended the University of Southern California (Fight On!). So it’s nice to be out of the bubble.

At a young age, I had a passion for acting. I grew up in Hidden Hills, a neighborhood full of people from the entertainment industry. The community center had a 99-seat theater, where I performed in plays and musicals (my apologies to those who endured my singing). Later, I transitioned into screen acting, auditioning for commercials, television shows and movies.

I had some amazing experiences during my acting career, and I wanted to apply what I learned to my future professions. I tried to pick out the aspects of acting I enjoyed – storytelling, getting in touch with people’s emotions and impacting an audience. Combine that with my comfort in front of the camera, and I came to a realization: broadcasting was the perfect path for me.

I also have experience working as a researcher for the NFL Network, and as a producer for Spectrum SportsNet, performing these roles part time during my years at USC.

If you couldn’t tell, I love sports. I have played pretty much every sport imaginable (football, basketball, baseball, lacrosse, martial arts, you name it). The athletic, outdoor lifestyle that Central Oregon boasts is incredible, and right up my alley.

I had never been to Oregon before this job brought me here. I’ve enjoyed exploring all the beautiful sights this area has to offer. It feels like around every corner, there is something new to discover. Central Oregon seriously looks even better than the backdrop of a movie set.

I am happy to now call this place my home. I sincerely appreciate the warm welcome I’ve received from everyone. I look forward to serving the community and sharing your stories!