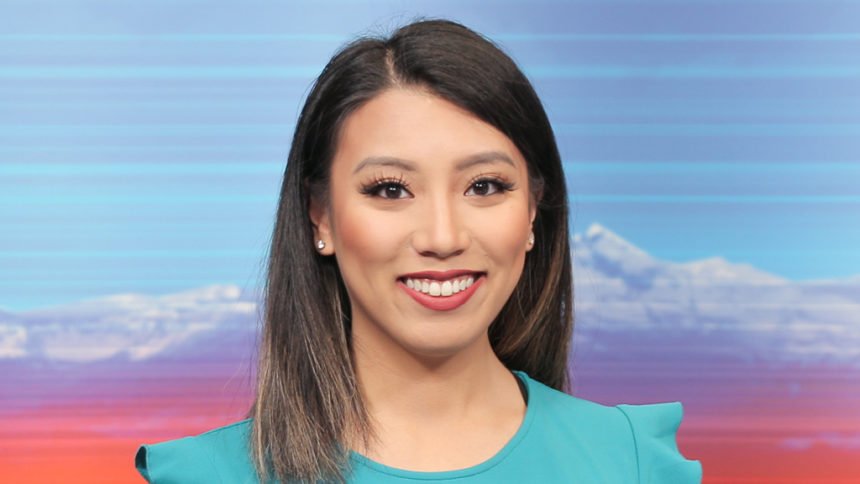 I was born and raised in the rainy city of Seattle. My parents immigrated to the United States from the Philippines, and English was not their first language.

I was so inspired by their ability to travel to new cities and communicate with people despite cultural barriers that I wanted to be able to do that too.

I’m so excited to experience the Pacific Northwest away from the city lights! Bend has welcomed me with its beautiful natural wonders and  I look forward to exploring more of what this city has to offer.

I’m a proud graduate of the University of Washington (Go Dawgs!) where I majored in journalism and picked up two minors in English literature and diversity. I also completed one semester of law school with a concentration in intellectual property law at Seattle University before deciding to follow my heart back into journalism.

At the time I attended the University of Washington, there were very few courses about broadcast journalism. We also did not have a formal student news studio. I developed my skills outside of school as a staff reporter for the student-run news publication, The Daily, a summer morning news intern at KIRO 7, Seattle’s CBS affiliate station, and a digital production intern and on-camera talent for Seattle’s public broadcasting station, KCTS. I also did a report for an international news show that aired on The Filipino Channel’s ABS-CBN news based in Manila, Philippines.

During my junior year of college, I was chosen as one of the inaugural class of the Husky 100, a selected group of 100 graduate and undergraduate students from all three UW campuses and various disciplines who have shown dedication in the areas of community service, scholarship, and leadership both on and off the UW campus. As a first-generation college student, this has been one of my proudest moments.

In addition to English, I can speak two Filipino dialects (Ilocano and Tagalog) and understand conversational Spanish.  I am a member of the Asian American Journalists Association.

I am an avid fan of young adult/sci-fi/fantasy fiction and Victorian-era novels. My other interests include anything Disney-related, indulging in Flamin’ Hot Cheetos and bubble tea, and annoying (and spoiling) my pit bull, Ollie Pawter. I am so thrilled and grateful to start my career in beautiful Bend.