If this Clubhouse room was an actual club, it’d be the most FOMO-inducing spot in town. Drink special of the night: piping hot tea.

It’s March, and some of the most accomplished Latinx voices in Hollywood are debriefing on two recent reports on an old problem. One, conducted by the Directors Guild of America found encouraging gains for female and Black directors but a lack of progress among Latinx and female directors of color, who “continued to be severely underrepresented.”

The other was one by Netflix, who, in a rare move, commissioned a study of its own content, with bleak findings for the Latinx community. “Across film and series, few Netflix stories were centered around Latinx cast and even fewer benefitted from the creative vision of Latinx storytellers behind the camera. These findings are problematic, given that Latinos are the largest ethnic minority group in the U.S. and likely a large share of the Netflix audience,” the study said. These findings led to a hefty investment from the company into supporting creators and artists from underrepresented communities, which was announced in conjunction with the report.

What these two documents told them was something they already know in their hearts and on their resumés: the industry is coming up short for Latinx creatives.

Peter Murrieta, executive producer of “Mr. Iglesias” on Netflix who recently scored a first-look deal with Universal Television, was there.

“I absolutely think their frustration is justified,” he told CNN.

He knows because he’s felt it, too. He’s run three television shows, overseen hundreds of episodes of television in his decades in the business and has seen how opportunities don’t always correlate to the experience one has.

There’s reason to be hopeful, of course. In all corners of the industry, there are Latinx titans doing the work and laying the ground for the progress so many have been waiting for. Seven of them — Carolina Garcia, Gloria Calderón Kellett, Roberto Larios, Alan Luna, Claudia Lyon, Kase Peña and Gina Torres — are profiled by CNN as part of this feature report.

Then there’s the release of “In the Heights,” a film that has hopes pinned on it to be a major spark for change — the “Crazy Rich Asians” of the Latin-American community. That film, released in 2018 and also directed by “In the Heights” director Jon Chu, grossed more than $238 million and was credited for bolstering the profile of its stars and the whole Asian-American community in Hollywood.

In reality, the film is just one step in the right direction that will hopefully spur more and bigger investments into stories about Latinx lives. Every time a project gets a proper greenlight and moves beyond the development phase, it creates “an ecosystem so we can have our future stars, our future star writers, our future star directors,” Murrieta said.

“I think we should celebrate ‘In the Heights.’ We’re up there. I think we should show up. I hope people come out, and I hope we show that this is the beginning of us deserving more,” he said. “And I think that is enough because I don’t want to put all the weight of all the hopes and dreams of all of us on one movie. I think that’s not fair to that movie.”

Gina Reyes, an TV literary agent at Verve Talent and Literary Agency, knows that hopeful feeling. Back in 2007, when she was an agent’s assistant at ICM, she remembers feeling encouraged when she read a story in entertainment industry publication Variety about a collaboration between MGM and Salma Hayek to produce Latin-themed films.

“I remember thinking, ‘Finally! Hollywood is seeing us,'” she said.

Reyes would go on to work with Hayek in the early years of her career in development and was an early champion of “In the Heights,” but the rights went to Universal Pictures and then ultimately Warner Bros. (which like CNN is part of WarnerMedia.)

Much of that is falling on the individuals for whom the doors have already been opened. Multiple Latinx figures in entertainment described to CNN the efforts they have taken on as individuals to foster a community of support and mentorship — whether it’s helping the work of other aspiring professionals be seen or working with the youth to foster the next generation of creators. (Reyes is on the board of The Unusual Suspects Theater Company, a non-profit organization providing theatre arts education to at-risk youth and families, and used to be on the board of Young Storytellers.)

La gente are working to make it happen.

Hollywood is slowly following suit, too, as evident by Murrieta’s own overall deal and others that have been made with Latinx powerhouses like Calderón Kellett (Amazon Studios), Tanya Saracho (Universal Content Productions), Reed Morano (Amazon Studios) and Steven Canals (20th Television).

Maintaining unity is important, however. It’s a subject that comes up when I tell Murrieta about some of the heated responses that were generated when the term Latinx, which is used throughout this project for its inclusive nature, was used in a recent callout form.

“When you give yourself those identifiers, they should be things that give you power,” said Murrieta, who broached the subject in an episode of “Mr. Iglesias.” “If Latinx gives you power, then that should be what you identify as.”

However, it’s incumbent that the Latinx community view other marginalized groups as companions, not competition, Murrieta said.

“I think one of the most damaging things that you can do as an individual or a community is compare yourself,” he said. “I think that in our best lives and in our best selves, we are running our race and we know what our race is. When we are in that and we’re running those laps, we can look over to people that are running with us and say, ‘I see that other person running and I want to see if I can be with them and help them.'”

The race, if you will, is far from over for any marginalized group. But, rest assured, the Latinx community in Hollywood will keep running, as they say, con ganas. 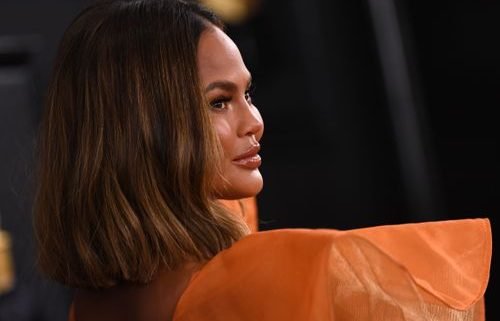 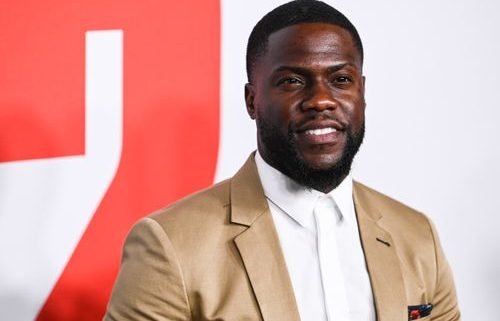