The squeeze to succeed comes from everywhere: parents, teachers, advertisements, social media — even our friends.

And it starts early: We’re told from the time we can talk what slang we should use, what we should wear, how much money we should make and the type of home we should live in if we want to be considered winners in life.

Even for the most laid-back type B’s among us, the strain can pummel our self-esteem and take real effort to escape that hateful thought: “Am I good enough?”

Just imagine the pressure fermenting inside a type A perfectionist, who consistently strives to achieve unrealistic standards for nearly everything they do.

Perfectionism isn’t the same as working really hard, trying your best or being competitive, say specialists.

Instead, the mindset is an unrealistic reach for the unattainable, where mistakes are personal flaws, there is no self-compassion and only being flawless will make you “good enough.”

There are three types of perfectionists, according to psychologist and leading perfectionist researcher Gordon Flett, who directs the LaMarsh Centre for Child & Youth Research at York University in Toronto. Flett and fellow Canadian psychologist Paul Hewitt defined these attributes in a groundbreaking study decades ago.

The second type is other-oriented, where you demand perfection from others. An other-oriented perfectionist will be critical and judgmental of family, friends and colleagues, saying such things as, “I can’t be bothered with people who won’t strive to better themselves.”

The third type is called socially-prescribed perfectionism. Their self-esteem tied to a performance level they believe society, family or bosses expect, and which they often see as unrealistic and unfair. “I feel that people are too demanding of me,” and “My family expects me to be perfect,” are typical thoughts of a socially-prescribed perfectionist.

While no type is healthy, research shows that “socially-prescribed” perfectionism appears to be a recipe for a host of serious medical concerns, including anxiety, depression, obsessive-compulsive behavior, chronic fatigue, eating disorders, suicidal thinking and deliberate self-harm.

And that’s on top of the more typical headaches, fatigue and insomnia that stress can bring to any kind of perfectionism.

What’s to be done?

Mindfulness, typically via meditation, is also increasingly common; the internet is full of self-help offerings, some free, some not.

But does science show the technique works?

“The reasons why perfectionists are usually low in mindfulness include focusing on the past or the future excessively and not the here and now,” Flett said, adding they also “have difficulties with being authentic and genuine due to the need to project an image of being perfect.”

A new study, published Wednesday in the journal Psychophysiology, explored how various meditation techniques would affect the heart rate of perfectionists, which typically rises with anxiety over performance and falls with relaxation.

After taking a baseline heart rate, the students were given “this really difficult task and then told they had failed, “said Hannah Koerten, a graduate student at Bowling Green State University in Ohio who conducted the research.

Since all of the students scored high on a test of perfectionism, Koerten said, frustration and heart rates went up at the mention of failure. Then the students were randomly assigned to four interventions: a control group were told to rest but practiced no meditation; the second practiced progressive muscle relaxation; the third a standard meditation that focused on breathing; and the last listened to a meditation that urged the perfectionist to stop judging themselves.

The first three groups showed a reduction in heart rate, although it wasn’t statistically significant. However the students who were urged to let go of their negative thoughts and self-judgments had “marginally higher” recovery during the last five minutes, Koerten said.

“So mindfulness with a focus on non-judgment of emotions may be especially important to help perfectionists,” Koerten said, “but we definitely need more research to confirm that this is actually the case since our findings are marginal.”

The rise in perfectionism

Addressing perfectionism is a growing need, specialists say, because the behavior is on the rise. According to a 2018 meta-analysis of British, Canadian and American college students between 1989 and 2016, today’s college students are twice as likely to demand personal perfection than previous generations.

“Today’s young people are competing with each other in order to meet societal pressures to succeed, and they feel that perfectionism is necessary in order to feel safe, socially connected and of worth,” said study author Thomas Curran, a psychologist at the University of Bath, in a statement last year.

Why such a change in a quarter century? Because British, Canadian and American societies are more “individualistic, materialistic, and socially antagonistic,” the study says, “with young people now facing more competitive environments, more unrealistic expectations, and more anxious and controlling parents than generations before.”

A search for perfection that creates an imperfect legacy for generations to come. 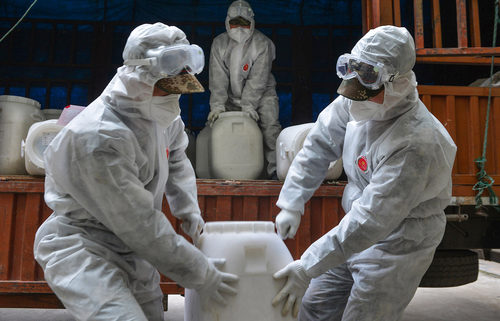