Health experts on Saturday continued to urge communities to use caution and planning when considering whether to send students back to school, after the US got its first glimpse this week at how Covid-19 could reshape education.

“We have to ask the question, are we willing to live with the end result of the inevitable situation where teachers are going to become infected?” asked Dr. Michael Saag, associate dean for Global Health at the University of Alabama at Birmingham.

“Are we willing to live with those consequences?” he said. “Because I think that’s what we’re going to see in about three months from now, unfortunately, with the rates of infection that we have.”

School districts have been debating how to accommodate educational needs and safety in a nation with more than 4.5 million coronavirus cases and 153,642 deaths, according to data from Johns Hopkins University. As the new school year began for some schools this week, 60 of the 101 largest US school districts had plans to start the year entirely online, while others were offering in-person classes part or full time.

New York Gov. Andrew Cuomo announced on Saturday that he would make an initial decision this week about whether schools in his state should plan to reopen, as officials continue to monitor the infection rate. School districts were supposed to have submitted alternative reopening plans on Friday, the governor said in a call with reporters — but New York City failed to submit its plan on time.

Elsewhere, at least two school districts have already had to put their own plans to the test after they returned to in-person classes this week.

One Indiana school district learned on Thursday that a junior high school student had tested positive after attending class for part of the school day, Superintendent Dr. Harold Olin said in his letter to parents.

The infected student was isolated, and the families of those who had close contact with him were notified, Olin said.

A similar scenario played out in Mississippi, where someone tested positive during the Corinth School District’s first week of classes, the school district said on social media Friday.

Superintendent Lee Childress confirmed to CNN affiliate WREG that a student had tested positive. Officials notified families of students who came in close contact with the individual and asked them to quarantine at home for 14 days, the district said.

“We fully understand that parents might be concerned or on edge, but I’d like to assure them that we have all safety measures in place in the school district,” Childress told WREG.

Those measures might “seem basic,” Fagbuyi said, “but if you don’t have any of these all in place at the same time, there’s always a loophole, and once you have a loophole, it’s game over.”

“If there’s one child that gets sick and dies, unfortunately, that affects that whole community,” he said.

While early data suggested that older Americans were most at risk for the disease, concern for teens and young adults has grown as they have gathered in reopened public spaces and some prepare to return to school.

In California — which surpassed 500,000 cases on Friday, according to Johns Hopkins — the Department of Public Health confirmed the first coronavirus-related death of a teenager in the state on Friday. The department did not provide information on the patient except to say that the teenager did have underlying health conditions.

“Our hearts go out to the family and loved ones of this young person whose death is a tragic and powerful reminder of how serious Covid-19 can be,” said Dr. Sonia Angell, State Public Health Officer and Director of the CDPH.

On Saturday, California reported 219 Covid-related deaths, the most in a single day since the start of the pandemic. The prior highest number was 197, reported on Tuesday.

In Connecticut Gov. Ned Lamont said Thursday that he and the state’s public health commissioner are concerned about clusters among teens and young adults. The coronavirus infection numbers among 10 to 19-year-olds had “doubled” recently, Lamont said, though he did not provide specific numbers.

“This is not a time to relax our basic practices to slow down the spread of the virus. This is a time for remaining vigilant,” Lamont said in a release.

Meanwhile, Florida is facing the prospect of another crisis on top of its struggle with the coronavirus: Tropical Storm Isaias.

The storm was initially a hurricane but weakened into a tropical storm after lashing the Bahamas on Saturday. Still, the National Hurricane Center warned that the storm was forecast to strengthen back into a hurricane on Saturday night as it approaches South Florida.

But hurricane response in Florida could look different in a pandemic — the state reported 9,591 new Covid-19 cases on Saturday.

“The storm just exacerbates the conditions,” Mayor Dean Trantalis of Fort Lauderdale told CNN. “What it does is it forces people to remain in closed quarters. And this is where we need to get that message out: that people need to make sure that those protocols are not sacrificed, that they understand how important it is to wear face masks.”

The Florida Division of Emergency Management is sending personal protective equipment (PPE) to shelters throughout the state, Gov. Ron DeSantis said in a news conference Saturday.

The state will send 25 shelter kits with PPE to counties in the path of the storm, the governor explained, with each kit able to provide PPE for 400 people for up to 4 days.

In a news release, Florida Power and Light predicted that a “significant number of customers” could lose power from Isaias, and warned that Covid-19 is “creating challenges that may ultimately delay restoration,” the utility said in a news release.

FPL spokesman Bryan Garner did not have an estimate of how much longer power restoration could take, but said that FPL has been practicing its pandemic restoration plan for a few months. FPL personnel are social distancing, wearing masks and sanitizing equipment, among other precautionary measures.

Hospitals are also bracing for the storm. Two of the largest hospital systems in Miami-Dade County — Jackson Health System and Baptist Health South Florida — said they have extensive hurricane response plans. Spokespersons for both health systems said they had enough backup generators to keep up operation for 4 days.

DeSantis said Saturday that the state has been in touch with hospitals in areas that could be affected, but said they don’t anticipate hospitals needing to evacuate patients at this time.

Local leaders tackle the impacts of a resurgence

Other state and local leaders are enacting measures to slow down the virus as cases continue to spike.

New York Gov. Cuomo said Saturday that 41 establishments were given violations for breaking Covid-19 social distancing restrictions, including 2 in the Bronx, 1 in Brooklyn, 5 in Queens, 1 in Staten Island, 3 in Nassau, 2 in Suffolk and 27 in Manhattan.

The city of Anchorage, Alaska, rolled back parts of its economic reopening for at least the next four weeks, limiting outdoor gatherings to 50 people; prohibiting bars, nightclubs and restaurants from indoor service; and extending the city’s indoor mask mandate to outdoor events where social distancing isn’t possible, Mayor Ethan Berkowitz said at a Friday news conference.

“We know there is a Covid storm coming,” Berkowitz said. “This is our time to batten down.”

A surge has already hit in Alabama, overwhelming the state’s testing abilities, the Alabama Department of Public Health said Friday, asking doctors to focus testing on the most vulnerable populations.

Alabama is among the at least 39 states, Washington, DC, and Puerto Rico to have some type of mask requirement in place.

Georgia Gov. Brian Kemp, who sued Atlanta Mayor Keisha Lance Bottoms over her mask requirement for the city, has extended existing Covid-19 safety measures through September 10, he announced in a news release on Friday.

While there is still no mask mandate, the order continues to ban gatherings of more than 50 people unless there is six feet between each person and outlines mandatory criteria for businesses. 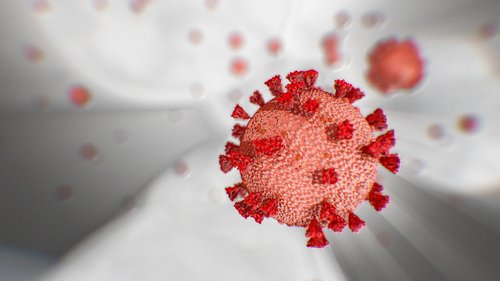 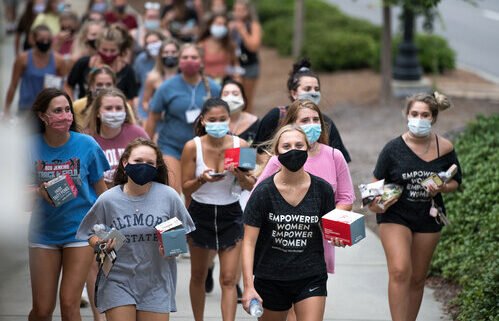