The hesitancy of many people to get a Covid-19 vaccine when it becomes available is an issue that needs to be urgently addressed, National Institutes of Health Director Dr. Francis Collins said Wednesday.

“Those who are vaccine hesitant have had their hesitancy enhanced by a variety of things that are happening right now, particularly the unfortunate mix of science and politics,” Collins said at an event hosted by the National Academies of Sciences, Engineering and Medicine.

“I don’t want to have us, a year from now, having a conversation about how we have in our hands the solution to the worst pandemic of more than 100 years, but we haven’t been able to actually convince people to take charge of it,” Collins said.

People need to understand that if not enough people get vaccinated, a vaccine won’t help reduce the spread of the virus, Dr. Anthony Fauci, the nation’s top infectious disease official, told the Wall Street Journal on Wednesday.

“It’s a combination of how effective a vaccine is and how many people use it,” he said. “If you have a vaccine that is highly effective and not enough people get vaccinated, you’re not going to realize the full, important effect of having a vaccine.”

The less protective a vaccine is, the more people need to get it to provide population-wide immunity, Fauci said.

Fauci said he still thinks it will be the final months of the year before a vaccine is proven to be safe and effective.

”I would still put my money on November/December,” Fauci said during a Congressional Hispanic Caucus Institute panel on global pandemics.

The CDC head gave a timeline. The President disputed it

The timeline for a Covid vaccine became a major headline Wednesday, when Trump challenged assertions by the director of the Centers for Disease Control and Prevention.

Dr. Robert Redfield said earlier that a “very limited supply” of a vaccine might be ready in November or December, but it would have to be prioritized for first responders and those at greatest risk for death.

“If you’re asking me when is it going to be generally available to the American public, so we can begin to take advantage of vaccine to get back to our regular life, I think we’re probably looking at third, late second quarter, third quarter 2021,” Redfield told a Senate appropriations subcommittee.

On top of that, “in order to have enough of us immunized so we have immunity, I think it’s going to take us six to nine months,” he said.

In the meantime, “These face masks are the most important, powerful public health tool we have,” Redfield said, holding up a blue face mask, adding that masks may offer more protection than a vaccine.

Trump said Redfield was “confused” in his testimony.

“I think he made a mistake when he said that. It’s just incorrect information,” Trump said about Redfield’s vaccine timeline.

The President also said Redfield’s comments to Congress about masks possibly being more effective than a vaccine were incorrect and that Redfield may have misunderstood the question.

“Maybe he misunderstood it,” Trump said, later adding, “As far as the masks are concerned, I hope that the vaccine is going to be a lot more beneficial than the masks.”

A CDC spokesman said in a statement that Redfield was answering a question he thought was in regard to the time period in which all Americans would have completed their Covid vaccination, and his estimate was by the second or third quarter of 2021.

“He was not referring to the time period when Covid-19 vaccine doses would be made available to all Americans,” the spokesman said.

In a later statement, Redfield said that he believes in the “importance of vaccines and the importance in particular of a Covid-19 vaccine.”

Distrust in government agencies is hindering surveillance of Covid-19 spread, said Michael Osterholm, director of the Center for Infectious Disease Research and Policy at the University of Minnesota.

“It is very challenging in many areas today, where we’re seeing people who do not want to participate in any kind of follow up with regard to surveillance, because of their distrust of government and the public health system,” he said during an American Public Health Association webinar.

Surveillance helps public health officials by collecting information on infected people, such as where they were exposed and who they’ve been in contact with, and the course of their illness.

Fauci said the variability in how the coronavirus affects people has helped fuel misunderstandings about who can spread the virus and when.

At least 40% of patients have no symptoms, while some stay ill for months on end, Fauci said.

“One of the things we’re dealing with in this country is a real lack of understanding of the importance of everybody trying to prevent getting infected rather than inadvertently… propagating the outbreak…” Fauci said during a virtual panel sponsored by the Congressional Hispanic Caucus Institute.

Of all the viral diseases and emerging infections that he’s encountered throughout his career, Fauci said he has “never seen anything with a range” like this virus.

“It’s just completely unique to see that degree of variability of a single microbe, which means there are things that are determining that, that we still at this point don’t understand,” he said.

7 coronavirus deaths are linked to 1 wedding

A wedding in Maine is linked to 176 Covid-19 cases and the deaths of seven people who didn’t attend the celebration — showing just how easily and quickly coronavirus can spread at social gatherings, public health experts say.

For months, doctors have stressed the importance of wearing masks, social distancing, and avoiding large gatherings.

But outbreaks have stemmed from Memorial Day events, Fourth of July celebrations and a massive motorcycle rally in Sturgis, South Dakota.

The wedding in Millinocket on August 7 had about 65 guests, a violation of the state’s 50-person limit for indoor events, the Maine Center for Disease Control and Prevention said.

The event is linked to outbreaks that have unfolded at a nursing home and a jail, both more than 100 miles away from the wedding venue, among people who had only secondary or tertiary contact with an attendee.

“The virus favors gatherings,” Shah added. “It does not distinguish between happy events like a wedding celebration, or sad farewells, like a funeral.”

The event was organized by a group of YouTube pranksters, according to Seaside Heights Police Detective Steve Korman, and officials say they are now worried about how they will track possible infections among more than a thousand people.

Universities try to get ahead of outbreaks

Outbreaks keep cropping up at colleges and universities, prompting some to go to virtual learning again.

More than 50,000 coronavirus cases have been reported at colleges and universities in all 50 states.

Citing a significant rise in cases among students, the University of Colorado Boulder announced a 14-day quarantine period for students living within the city.

The University of Arizona is taking a similar approach, urging students to shelter in place until the end of the month after a large number of positive cases. The university reported 261 positive cases on Monday, according to the school’s coronavirus dashboard.

At the University of Missouri, two students were expelled and three were suspended for violating rules that require students who test positive to isolate and comply with social distancing.

“These students willfully put others at risk, and that is never acceptable. We will not let the actions of a few take away the opportunity for in-person learning that more than 8,000 faculty and staff have worked so hard to accomplish for the more than 30,000 MU students,” the university said in a statement Tuesday. 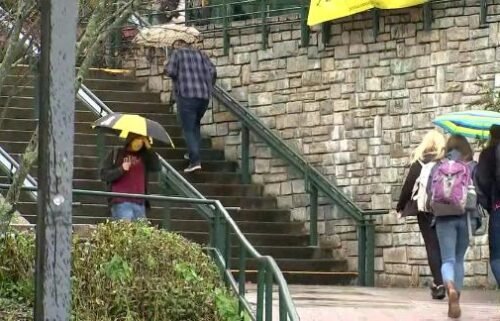 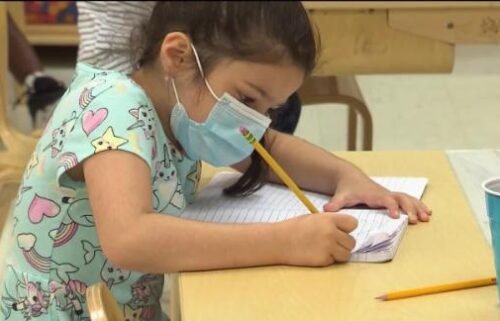 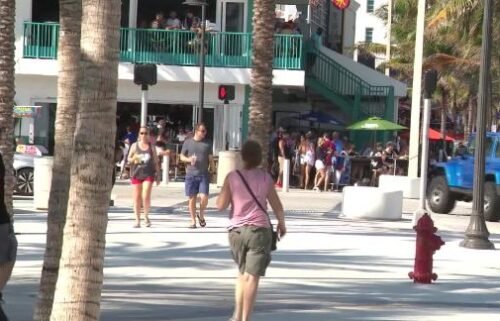 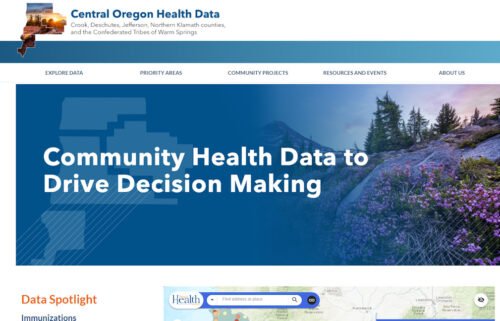