Much of the United States continues to report an upward trend in coronavirus cases, with 59,494 new cases announced nationwide on Wednesday alone, according to data from Johns Hopkins University.

As of Thursday, the nation is averaging 52,345 new cases a day, up 16% from the previous week, a trend that concerns health experts as we head into the cooler months.

“This is a very ominous sign. I think we’re in for a pretty bad fall and winter,” said Dr. Peter Hotez, professor and dean of tropical medicine at the Baylor College of Medicine.

“This is the time when we could be entering one of the worst periods of our epidemic and one of our worst periods in modern American public health,” he said. “I’m very worried for the nation.”

Thirty-five states are showing increases in new Covid-19 cases greater than 10% over the last week compared to the prior week. In seven states, cases are up less than 10%.

“The issue is that as we enter, as we are now, in the cooler season of the fall, and ultimately the colder season of the winter, you don’t want to be in that compromised position where your baseline daily infection is high and you are increasing as opposed to going in the other direction,” Fauci said.

Overall, the virus has infected almost 8 million people in the US, according to data from Johns Hopkins. More than 217,000 people have died.

An ensemble forecast published Thursday by the Centers for Disease Control and Prevention, which uses data from dozens of models, projects between 229,000 and 240,000 people will have died by November 7.

Maria Van Kerkhove, the World Health Organization’s technical lead for coronavirus, told CNN’s Alisyn Camerota that the “alarming situation” in the US and Europe — where cases are also rising — “can be turned around.”

“We need to think about what we need to do as individuals,” she said, “and how each of the decisions that we make can actually contribute to bringing this pandemic to an end.”

Herd immunity is not the way out of pandemic, experts say

Wisconsin reported 3,747 new Covid-19 cases on Thursday — a daily record, according to the state’s Department of Health Services. That prompted Gov. Tony Evers to urge residents to help get the spread under control by staying home and wearing face coverings when out.

“The longer it takes for everyone to take this virus seriously, the longer it will take to get our economy and our communities back on track,” Evers said at a news conference.

Illinois also reported its highest single-day total on Thursday with 4,015 cases. The state previously reported 5,368 cases on September 4, but the data reported that day included some cases that had not been reported in the previous few days, according to a news release from the Illinois Department of Public Health.

And Florida reported 3,356 cases on Thursday, the 11th day this month that the state Department of Health reported at least 2,200 new cases in a single day, according to CNN’s tally.

A vaccine is still the best way to bring an end to the Covid-19 pandemic, health experts say, adding that pursuing herd immunity would be dangerous.

The idea of letting the virus run unchecked through communities “misses the basic point that we’re all connected,” Dr. Thomas Frieden, former director of the CDC, told CNN’s Wolf Blitzer.

Frieden was responding to recent efforts to promote herd immunity as an answer to Covid-19. The idea is being pushed by those eager to stop the economic damage the pandemic has caused.

A vaccine could be available to some groups by the end of the year. But some politicians hoping to reverse the economic havoc from the pandemic have embraced the idea of letting the virus spread until enough people have been infected and developed immunity that there is nowhere for it to spread next.

White House senior administration officials, in a call with reporters Monday, discussed a controversial declaration written by scientists that advocates such an approach.

But the idea is “a dangerous fallacy unsupported by scientific evidence” that risks “significant morbidity and mortality across the whole population,” 80 scientists from around the world wrote in an open letter.

“Any infection anywhere is potentially a threat somewhere else because even if you feel fine and get over it with no problems, no long-term consequences, you might spread it to someone who dies from it. And that’s what we’re seeing all over the country,” Frieden said.

It is impossible to keep only the vulnerable protected from the spread, Frieden said. And letting the virus run rampant would likely lead to recurring epidemics because there is no evidence that people are protected long-term after they have been infected, according to the letter.

The best way to achieve widespread immunity, Frieden said, will be through a vaccine.

“The concept (of herd immunity) really comes from vaccines,” Frieden said. “When you vaccinate enough people, the disease stops spreading, and that might be 60%, 80%, 90% for different diseases.”

Frieden’s comments were echoed Thursday by the WHO’s Van Kerkhove, who said that allowing the virus to spread for the sake of herd immunity would lead to “unnecessary cases” and “unnecessary deaths.”

“This is not a strategy for this virus,” she said, “because there is so much that we can do.”

Gathering around the table for a Thanksgiving meal may be a “sacred part of the American tradition,” said Fauci, but the holiday may have to look very different this year, he told CBS Evening News anchor Norah O’Donnell on Wednesday.

“You may have to bite the bullet and sacrifice that social gathering, unless you’re pretty certain that the people that you’re dealing with are not infected. Either they’ve been very recently tested, or they’re living a lifestyle in which they don’t have any interaction with anybody except you and your family,” he said.

Small gatherings are becoming a growing source of coronavirus spread, said CDC Director Dr. Robert Redfield during a call with the nation’s governors on Tuesday. Audio of the call was obtained by CNN.

“What we’re seeing as the increasing threat right now is actually acquisition of infection through small household gatherings,” Redfield said. “Particularly with Thanksgiving coming up, we think it’s really important to stress the vigilance of these continued mitigation steps in the household setting.”

Dr. Jonathan Reiner, professor of medicine at George Washington University, said Wednesday he’d advise people to consider not having indoor Thanksgiving dinners with others who aren’t in their immediate household. 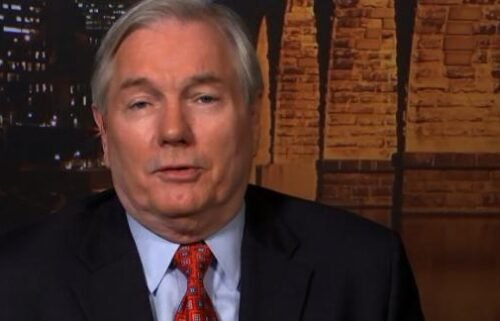 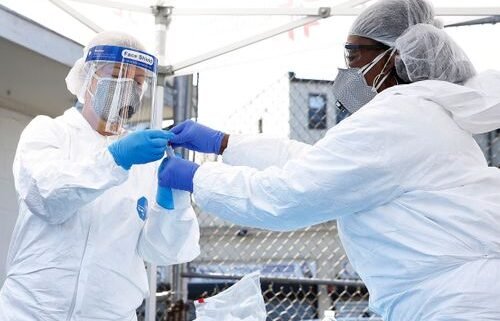