The US set a record for Covid-19 hospitalizations as officials urged Americans to double down on public health measures until a vaccine becomes widely available.

Nearly 80,700 people were hospitalized with Covid-19 in the US on Thursday, an all-time high, according to the Covid Tracking Project. As of Friday, the US was averaging 74,063 current hospitalizations over the last 7 days — up 19.13% compared to the week prior.

The US also set yet another record for new cases, with 187,800 new cases reported across the country, according to data from Johns Hopkins University.

Over half of the country is now in the “red zone,” Dr. Deborah Birx, a White House Coronavirus Task Force member told CNN Chief Medical Correspondent Dr. Sanjay Gupta in an exclusive interview, warning that this surge was unlike those in the past.

“When you look at what’s happening now, the rate of rise is dramatically different,” Birx said. “This is faster. It’s broader. And what worries me, it could be longer.”

More than 2,000 American deaths were recorded by Johns Hopkins University on Thursday — the highest number since early May. And by December 18, more than 2,300 Americans could be losing their lives daily, according to the University of Washington’s Institute for Health Metrics and Evaluation (IHME).

But amid the dire warnings are reassurances from experts that Americans merely need to wear masks, social distance and avoid social gatherings for a little while longer.

“So we’re going to have a much better place, definitely by this time next year, or even earlier — spring or summer,” he said. “Therefore it’s your obligation to keep yourself and your family alive.”

Fauci: ‘Double down’ on masks, social distancing until vaccine

In a White House Coronavirus Task Force briefing Thursday, Dr. Anthony Fauci urged Americans to “double down” on lifesaving measures as the nation waits for a vaccine to be approved.

Fauci highlighted preliminary data from both Moderna and Pfizer that showed their vaccine candidates were about 95% effective, calling the results “extraordinary.” But that doesn’t mean the country can let up on wearing masks, avoiding gatherings and social distancing.

“We need to actually double down on the public health measures as we are waiting for that help to come, which will be soon,” Fauci said. “If we do that, we’ll be able to hold things off until the vaccine comes.”

Pfizer and its German partner BioNTech submitted to the US Food and Drug Administration on Friday for an emergency use authorization (EUA) for their vaccine candidate, the first to seek regulatory approval in the US.

An EUA is not a full approval, but allows products to be used under particular circumstances before all the evidence is available for approval.

“This is a historic day, a historic day for science and for all of us,” Pfizer CEO Albert Bourla said in a video shared on Friday.

The FDA said Friday it had scheduled a meeting of its outside advisory panel, the Vaccines and Related Biological Products Advisory Committee, to discuss the application for an EUA on December 10.

In a statement, FDA Commissioner Dr. Stephen Hahn acknowledged that “transparency and dialogue are critical for the public to have confidence in Covid-19 vaccines,” and went on to offer assurances that the evaluation would be “open and transparent as possible.”

While the application is “encouraging,” the Infectious Diseases Society of America stressed a transparent review of Pfizer’s data is still needed, including “evidence that the vaccine has been studied in diverse populations.”

Based on current projections, Pfizer expects to produce up to 50 million vaccine doses this year and up to 1.3 billion doses in 2021.

Fauci has said he expects the first vaccinations to begin “toward the latter part of December,” and logistic preparations are already underway.

Gen. Gustave Perna, the chief operating officer of Operation Warp Speed, said Thursday there were 100 million vaccine kits ready to go if and when distribution of a vaccine begins.

Florida Gov. Ron DeSantis said in a recorded video statement released Thursday that his state has purchased 5 million needles, 5 million syringes and 5 million alcohol swabs to prepare for the distribution of the vaccine. The governor called recent breakthroughs “the greatest rays of hope that we have seen since the pandemic began.”

Dr. Troy Brennan, CVS Health’s executive vice president and chief medical officer, said his company is also preparing for the massive rollout of vaccines. While he expects CVS will have vaccines on hand by mid-December, the company is focused on coordinating with Operation Warp Speed to get them to nursing homes and assisted living facilities first.

Brennan said he expects CVS stores across the country to start offering Covid-19 vaccines by the end of February or the beginning or March.

“The record-shattering surge underway is resulting in uncontrolled community spread and infection that has already overburdened health systems in some areas and will ultimately consume capacity of our health care system and may reduce the availability of care in many places in our country,” they said.

The exploding number of cases also prompted the US Centers for Disease Control and Prevention to update their Thanksgiving travel guidelines, recommending Americans not travel for the holiday. Those who travel should wear masks, keep their distance from others and wash their hands regularly.

In the past week, similar messages have been echoed both by leading health experts and state leaders.

Louisiana Gov. John Bel Edwards warned that if residents were planning on a Thanksgiving that looks like previous ones, “You’re making a mistake.” In Utah, where hospitals are overwhelmed and about 45 ICU beds remain vacant, the governor advised that only people from the same household gather for the holiday.

Wearing masks could save lives. According to the IHME team, 65,000 lives could be saved by March 1 if 95% of Americans wore masks.

Massachusetts added Maine and New Hampshire to a list of states subject to travel restrictions. When arriving in Massachusetts, travelers must fill out a form, quarantine for 14 days or receive a negative Covid-19 test administered in the three days prior, according to the Massachusetts Emergency Management Agency. As of Friday, only Vermont and Hawaii did not appear on the list of restricted states.

In California, Gov. Gavin Newsom announced Thursday a limited Stay-at-Home order will be going into effect Saturday for the counties that are in the state’s most restrictive tier. That includes Los Angeles County, San Diego County, Riverside County, Orange County and Sacramento County.

About 94% of California’s population is currently in the most restrictive tier.

Nonessential work and gatherings must stop between 10 p.m. and 5 a.m., the governor said, adding the order will remain in effect for one month.

A statewide curfew is now in effect for 21 days from 10 p.m. to 5 a.m. in Ohio, where Gov. Mike DeWine clarified police won’t be out pulling people over if they see them driving at night, saying it should be assumed they have a “legitimate reason to be out.”

“But on the other hand, if there is a number of people congregating somewhere, and the police see that … certainly they’re probably going to pull over and say, ‘Hey, it’s beyond the 10 o’clock, you guys need to go home.'”

In Arkansas, the governor announced an 11 p.m. closure for all businesses that are licensed to sell and allow consumption of alcohol on premises.

The new directive goes into effect Friday and will last until January 3, the governor’s office said, adding that it covers restaurants and bars as well as private clubs with “on premise” permits.

And there could be more restrictions just over the horizon. In New York City, where public schools transitioned to remote learning on Thursday, Mayor Bill de Blasio warned the city could move into the “orange zone” as soon as the week after Thanksgiving, closing indoor dining and gyms, according to state guidelines. 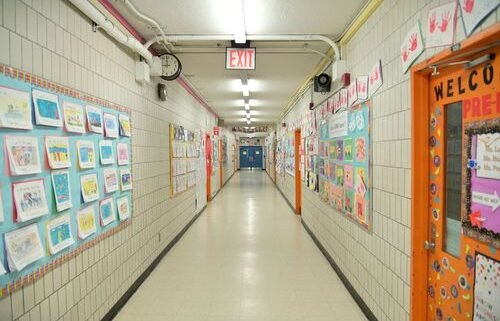 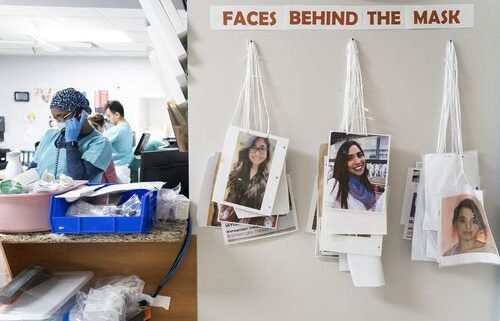 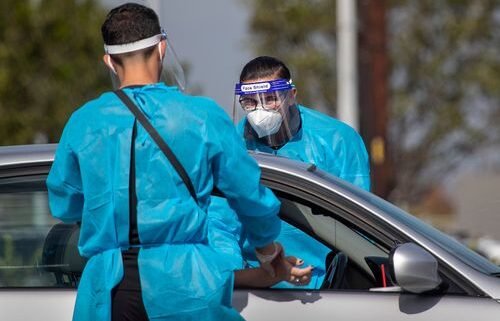 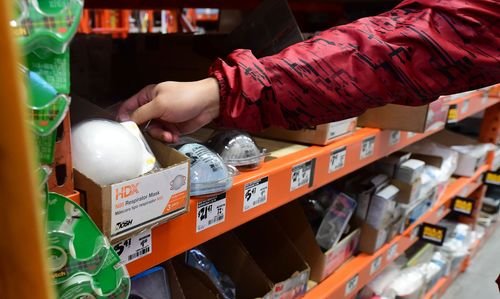