Perhaps the one great equalizer left in the world is when everyone in an audience, Anna Wintour included, is forced to hand over their phones and pretend to be okay with that for 90 minutes of theater.

At a Broadway performance last fall of “Freestyle Love Supreme,” a superb hip-hop improv show co-created by Lin-Manuel Miranda, I was told to place my smartphone in a Yondr pouch, a soft contraption that resembles a beer koozie. It remained hostage in my bag until after the event, when attendees lined up to have them set free by an usher carrying a special unlocking tool resembling a kitchen gadget. (Attendees can turn off their phones or leave them on vibrate.)

Wintour, the Vogue editor who reigns over the fashion world, had been seated in my section and waited just as long as the rest of us to be allowed to get her phone back. (Representatives for Vogue did not respond to a request for comment.)

Call it the new normal. Comedians including Dave Chappelle, Amy Schumer, Hannibal Buress and Chris Rock popularized the concept of demanding fans relinquish their smartphones at live performances years ago to make everyone live more in the moment. This approach has since been widely adopted by everyone from high school administrators — who lock up students’ smartphones during the school day — to mainstream musicians, including The Lumineers, Alicia Keys and Jack White. Madonna, once publicly criticized for texting through a performance of “Hamilton,” has been especially vocal about requiring her concertgoers to leave smartphones in Yondr pouches.

“Looking into the audience and not seeing iPhone’s [sic] and cameras flashing, but instead — eyes, smiles and happy human faces,” Madonna wrote in September on Instagram. “People who ignore my request are not allowing [fans] to enjoy the show completely but also show a lack of respect and consideration for my wishes. If you can’t live without your phone for 2 hours — this experience is not for you.”

But where artists like Madonna see “a lack of respect,” some in the audience may feel an acute lack of control at having to forfeit the devices they rely on all day long. More than that, though artists can rightly argue it’s hard to fully immerse yourself in a performance with the distraction of having a phone, it can be at least as hard without having one when you’re filled with thoughts about the emails, text messages and calls you’re not seeing from colleagues and family. This is especially true if you’re a parent.

Ahead of “Freestyle Love Supreme,” I hired a babysitter to watch my toddler at home. What if he had a fever or the babysitter accidentally locked herself out of the house with the oven left on? I rattled off every emergency contact I could ahead of time, including the pediatrician’s after-hours hotline and the address of the closest hospital.

The curtain rose. The lights went dark. I wondered whether I would survive the next 90 minutes without having a panic attack — or else bolt to the “phone zone,” located in the basement by the concession stand, where audience members could unlock the case during the performance if needed. (It’s like a smoking section, but for those hooked on phones.)

Launched in 2014 by entrepreneur Graham Dugoni, Yondr has made a business out of limiting smartphone use in public. “There was a gap in etiquette for these new tools,” Dugoni told me. “When phones are out, it bleeds the energy out of a room.”

He started by personally making the pouches and delivering them to entertainers and later schools in the San Francisco area. The business eventually attracted a handful of angel investors, including Chappelle, one of its earliest and most high-profile users. In 2019, the company doubled its revenue and artist adoption in the past year, according to Dugoni.

“Phones are wrapped up in people’s nervous systems,” he said. “Once people arrive in the space and get a drink, it’s just an adjustment — you can see people’s shoulders slowly drop and watch that process.”

The movement has taken off in the years since Yondr launched — and it’s still the only game in town. But it’s a concept some people, including myself, are still getting used to. Pop-rock musician Richard Marx recently tweeted: “Been hearing about more and more artists who are trying to ban cell phones at their gigs. While I agree that cellphone recording is the opposite of being ‘present,’ if you pay $$ to come see me play live, you can pretty much do whatever the f— you want. My two cents.”

Among the most basic things fans want to do after paying money for an event is photograph it. That becomes impossible with a phone ban.

But there is a major incentive for artists to use Yondr: It allows them to feel protected from their own fans. After all, Hannibal Buress was the first mainstream comedian to adopt Yondr following a 2014 viral video in which he called Bill Cosby “a rapist,” igniting significant backlash and death threats. (Cosby was found guilty of three counts of aggravated indecent assault in April 2018; he has maintained his innocence.) It’s also a way for performers to conceal their material, leaving the internet largely spoiler-free.

“True artists intuitively feel the difference in the room when people are present and aren’t,” Dugoni said. “It’s up to them how they want to approach [the issue].”

In the end, the 90 minutes my smartphone spent in a cushioned prison wasn’t terrible. I barely remembered its whereabouts once the show was underway. And as cliche as it sounds, it did feel liberating.

I didn’t need to keep my phone in the front pocket of my purse, strategically placed at a precise point near my leg so I could feel it vibrate. Instead, I could mostly focus on the show because, in the end, that’s the only option I had — unless I asked the 10 people seated between me and the aisle to move so I could flee to the “phone zone.” I had to blindly trust an emergency wasn’t underway and go with it.

The concept of having someone else decide it was time for me to live in the moment was undoubtedly conflicting. I both hated and loved it. That’s largely because, as it turns out, my toddler was sound asleep the whole time and my boss didn’t urgently need to get in touch. It was easy to walk out of the venue feeling positive. But the same anxieties will likely surface the next time I attend a smartphone-free event — and maybe that time I won’t be so lucky.

As Yondr enlists more artists, and even rolls out phone-free festivals, there’s no escaping this new normal, not just for you and me but for Anna Wintour, too. Either we all get used to it or we stay home. 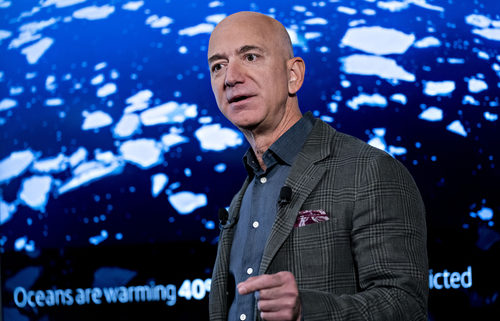 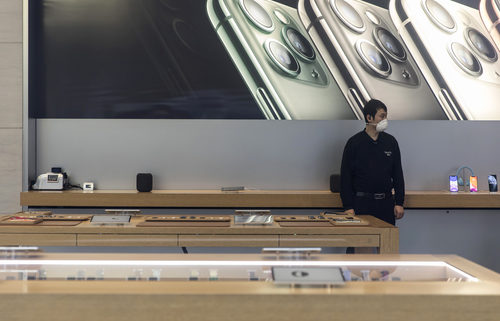 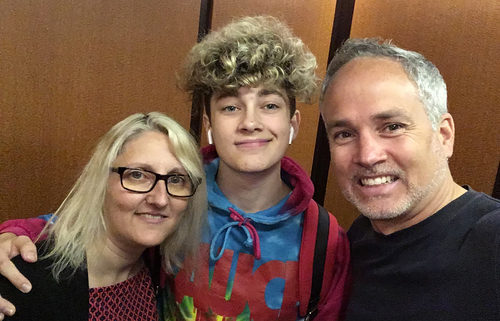