Mukesh Ambani wants to build the next global technology company. And if he plays his cards right, his mobile carrier and technology juggernaut JioPlatforms could soon hold rank alongside the likes of Google, Amazon, Alibaba and Tencent.

JioPlatforms already has an ecosystem of apps — which feature everything from online grocery shopping to video streaming — that it serves to the 388 million people subscribed through the Reliance Jio mobile network in India.

Now, Asia’s richest man is getting even more ambitious. In the span of a few weeks, he’s amassed a $9 billion war chest from Facebook and a clutch of A-list American investors to fuel the next phase of his domination of India’s internet, the fastest growing in the world.

Ambani “definitely [wants JioPlatforms] to be more than just a telecom company. They want to be the next Google or Tencent of India,” said Wylie Fernyhough, an analyst with PitchBook.

The “ultimate goal,” according to Counterpoint Research analyst Tarun Pathak, is to become everything to every Indian and build an indispensable platform for the country’s hundreds of millions of internet customers.

Under Ambani’s leadership, Reliance Industries has grown from an oil and energy company into a sprawling conglomerate that includes retail shops, a mobile and broadband carrier, digital platforms and more.

But to take his plans to the next level, Ambani needed buy-in from Silicon Valley — hence, his $5.7 billion partnership with Facebook and its global messaging service WhatsApp. When the deal was announced last month, the scale of his ambition was clear.

“This winning recipe will be extended to serve other key stakeholders of Indian society,” Ambani said. “Our kisans [small agricultural workers]. Our small and medium enterprises. Our students and teachers. Our healthcare providers.”

The deal, which is still awaiting regulatory approval, signaled that Ambani and Facebook are trying to create “some sort of platform where you can do everything from mobile banking, to messaging, to your social media, to everything basically built into just one platform,” according to Fernyhough. In other words, a version of Tencent’s wildly popular WeChat service in China.

Unlike Tencent, though, JioPlatforms also has a massive mobile network that it can rely on to build a base of customers.

He pointed to Rakuten Japan, an e-commerce company that is now working to build a 5G network, and to US mobile carriers, who are becoming “content houses” as the number of cord cutting Americans grows. (CNN is owned by AT&T.)

“Eventually you can’t just sell data, right, it will be much more on top of it,” he said.

Facebook has pushed back on the idea that it is helping Ambani build a “super app” by noting that the two companies will continue to operate separately in India with their own services.

Instead, the two companies are providing “enabling blocks for small businesses to come online, that then allows many other companies to ride on that,” Ajit Mohan, vice president and managing director of Facebook for India, told CNN Business.

But even that level of collaboration gives Ambani a great deal of clout in India, allowing him to find new customers by offering online services and digital tools that Indians are clamoring for.

Grocery as a step toward domination

Online grocery shopping is the partnership’s first target. Grocery is 70% of the Indian retail market, according to Bernstein, and more than 90% of the market is unorganized and driven by small neighborhood mom and pop shops, known as kirana stores in India. The overall retail market is expected to double in size from $676 billion in 2018 to nearly $1.3 trillion by 2025, according to Bernstein.

India’s online grocery market is small by comparison, worth around $3 billion this year, according to the research firm Forrester. But the firm said that number is growing fast, as the pandemic is quickly changing people’s shopping habits.

When JioMart launched late last year, it set a goal of convincing 30 million small shops to do business on the platform.

The Covid-19 pandemic and the accompanying lockdown in India have accelerated the need to get kiranas online fast. WhatsApp will be instrumental in making that happen, because more than 400 million Indians already use it as their main messaging app, and often text businesses directly to buy goods or ask about products and services.

JioMart and WhatsApp are “going to make life complicated for Amazon and (Walmart-owned) FlipKart. Because this lockdown has proven one thing: That Amazon and FlipKart are not equipped to deliver groceries in India in their current format,” said Satish Meena, an analyst with Forrester.

That was the experience of Sambit Mohanty, a 40-year-old sales and marketing executive.

Worried about his elderly parents, Mohanty ordered basic essentials like tea leaves and soup for them on Amazon. But delivery took 10 days. He was also unable to buy toys for his daughter on Amazon, because it stopped taking orders for non-essential items.

Now Mohanty said he’s turning back to local grocers — many of which do business on WhatsApp.

“It only takes a notice from the government, and Amazon … puts a [notice] online saying that they won’t deliver,” he said. “But the local kirana stores are always available.”

There are some disadvantages to relying on those shops: Kiranas can have trouble keeping track of stock, since many owners record their inventory by writing items down in a book and crossing stuff off when it gets sold.

If JioMart can sign up the millions of kiranas it wants, while also organizing them and helping them keep track of their inventory, that could be a game changer. Reliance also has the largest number of brick-and-mortar grocery stores in India, which could act as partner suppliers.

Pathak, of Counterpoint Research, said it will be easier to convince the mom and pop shops to join JioMart because WhatsApp is involved, so they won’t have to download and learn how to use another app.

In all, Ambani secured about $9 billion in less than four weeks. Analysts say Ambani is under pressure to pay off debt, offset the massive declines he is experiencing in oil and other sectors, and prove the value of JioPlatforms.

The billionaire said at a shareholders meeting last year that he wants Reliance Industries to become a “zero net debt company” by March 2021. As of March 2020, Reliance had about $44 billion of debt on its books.

“Reliance also needs technology to shift from a petroleum and trading company to [a] software company,” said Meena, of Forrester. The pandemic has badly dented the oil business. Global oil demand has cratered because of sharp declines in transport, industrial and commercial activity.

Investors see the potential “for the Indian version of WeChat, and how many hundreds of billions of dollars that could be worth one day,” Pitchbook’s Fernyhough said. “Being able to kind of get in on the ground floor of that is something that is really interesting to a lot of people.”

Last month, Reliance Industries said it is ahead of schedule and will achieve its zero debt target by the end of the year. 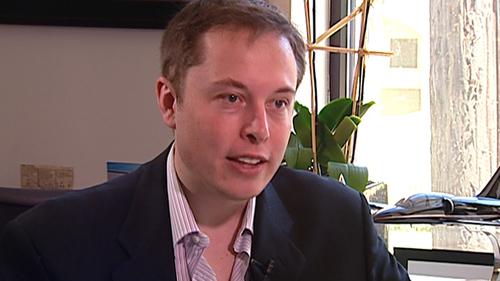 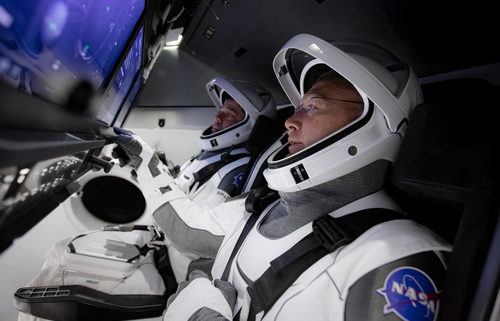