REDMOND, Ore. (KTVZ) -- Educating students is the main goal for public schools, but for Redmond School District Superintendent Charan Cline, keeping them safe and secure is the highest priority.

Cline is overseeing security improvements throughout the school district.

“It’s a high priority for us to get this done as quickly as possible," Cline told NewsChannel 21 on Wednesday.

Funds for the improvements are from a bond measure voters passed in 2020. COVID-19 construction delays slowed down school improvements which is currently only happening at Obsidian Middle School.

The school's main entrance will switch from the south side of campus to the north side, where a more secure entrance is being built.

“The main goal is for the office staff to control who comes in and out of the school a lot better than they can now," said Chad Franke, a program manager for HMK Company, which in charge of the school upgrades.

Upgrades at Obsidian Middle School also will include more security cameras, an entrance televideo system and an electronic key fob system that allows the school district to control who has access to school entrances.

“If a coach who has practice in the gym from 4 to 5 (p.m.) Monday, Tuesday, Wednesday, then we can set that," Franke said. "Then all those other times, they wont have that access, except for the time set in that technology.”

In 2017, Bend-La Pine Schools voters passed a bond to not only build new schools but also modernize security systems."

The list of security projects in that bond measure have all been completed, Alandra Johnson, the school district's assistant director of communications, confirmed to NewsChannel 21 on Wednesday. 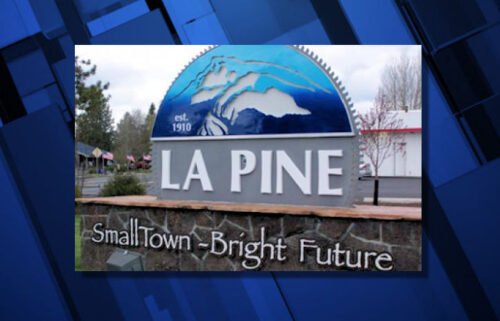