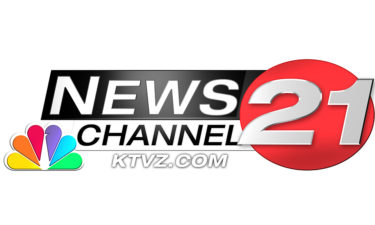 SEATTLE (AP) — Drivers, skiers, university students and beach-goers are all facing widespread warnings about forceful winds, snow dumps and freezing temperatures as the region’s first major winter storm of the season hits the Pacific Northwest. Both the Seattle and Portland metro areas are bracing for a possible round of snow in the coming days that will be coupled with below-freezing temperatures. The National Weather Service issued a winter storm watch for the Seattle metro area in effect Sunday afternoon through evening, forecasting between a trace to 4 inches of snow. Meteorologists also predict snow for Portland by Wednesday.

COOS BAY, Ore. (AP) — Federal authorities suggested the environmental impact of a proposed liquefied natural gas terminal and pipeline in southern Oregon would be minimal. They say the contentious project wouldn’t jeopardize protected species or adversely change their critical habitat. The National Oceanic and Atmospheric Administration said in a new study that the affects of the proposed Jordan Cove liquefied natural gas terminal and a 230-mile feeder pipeline along Coos Bay would be short term or on a small scale. The Federal Energy Regulatory Commission’s staff analysis announced in November said the project would likely have an adverse affect on wildlife.

SPOKANE, Wash. (AP) — A right-wing lawmaker from Washington state says that a recent report that branded him a ‘’domestic terrorist” is a lie and that he will continue to represent the people of his district. Democrats and some Republicans have called for state Rep. Matt Shea, R-Spokane Valley, to resign in the wake of a December report involving anti-government activities. Shea has refused to resign. He issued a statement on Friday saying he will be in the chamber when the state House convenes its 2020 session on Monday. The report was done by the Rampart Group, a Seattle-based private investigation agency.

SEATTLE (AP) — The Seattle Police Department’s civilian watchdog has found that an officer’s ruse in a 2018 hit-and-run case contributed to the driver’s suicide. The Office of Police Accountability said that to get the suspect to turn himself in, the officer told one of the suspect’s friends that the crash left a woman in critical condition. In reality, it was a fender-bender with no injuries. The man became despondent over the possibility he killed someone and soon died by suicide. The OPA said the use of the ruse “shocked the conscience.” The officer was suspended for six days without pay.

SEATTLE (AP) — Transportation officials in Washington state have started to give refunds to about 65,000 drivers who were erroneously charged when traveling through tunnel tolls in Seattle. KOMO-TV reported Friday that the state Department of Transportation confirmed technical issues caused tolling equipment in the tunnel on State Route 99 to charge a 25-cent photo-enforced fee on one or more trips. Officials say drivers with a “Good to Go” pass who traveled through the tunnel from Nov. 9 to Dec. 31 will be automatically credited 25 cents. Department officials say they expect to refund $70,000.

PORTLAND, Ore. (AP) — A Washington state community college faculty union has announced its members are going on strike after the school’s administration failed to negotiate a contract. The Clark College Association for Higher Education says more than 400 of its faculty members will be on strike at the Vancouver college on Monday. College officials say the school will remain open but all Monday classes are cancelled, including online and non-credit courses. Union members say faculty have been asking for more equitable pay to attract and keep qualified and committed employees, but negotiations have continued for 15 months.

SEATTLE (AP) — The National Weather Service in Seattle says a winter storm warning is in effect until Sunday afternoon for the Cascade mountains in Washington and Oregon and that travel will continue to be difficult around passes. The agency says heavy snow is expected to continue at all mountain passes through Saturday with heavy snow also accumulating in the Olympic mountains. The weather service in Portland, Oregon, issued a high surf warning for the coast and a wind advisory through Saturday morning for southwestern Washington and greater Portland area. In eastern Washington, the agency’s Spokane office issued a winter storm warning for that region into northern Idaho into Saturday.

KELLOGG, Idaho. (AP) — Authorities have released the name of the third person found buried by an avalanche at an Idaho ski resort. The Shoshone County Sheriff’s Office says searchers in a helicopter spotted the body of 33-year-old Molly Hubbard of Minneapolis Thursday. They confirmed she had been reported missing by a family member. Officials say Hubbard started working at Oregon Health and Science University’s Children’s Hospital as a pediatric neurosurgery fellow in 2019. Tuesday’s avalanche at the Silver Mountain Resort killed two other people and injured four. The sheriff’s office previously identified the others who died as Carl Humphreys of Liberty Lake, Washington, and  Scott Parsons of Spokane Valley, Washington. Resort officials say there have been no other people reported missing.

SPOKANE, Wash. (AP) — Authorities say man was shot and killed by a Spokane County Sheriff’s deputy following a short pursuit that ended in the backyard of a north Spokane home. At about 3:50 a.m. Friday a deputy attempted to perform a traffic stop on a vehicle. The sheriff’s office says the driver didn’t stop and the traffic stop turned into a pursuit that ended when the vehicle hit a fence and the driver exited the vehicle. Sheriff’s spokesman Cpl. Mark Gregory says the man advanced on the deputy who unsuccessfully tried using his Taser. When the man didn’t obey commands and reached for his pocket or waistband, the sheriff’s office says a shot was fired. Authorities are investigating.

List of firearms bills to be proposed at Legislature

SEATTLE (AP) — When lawmakers return to Olympia on Monday for the 2020 legislative session, they’ll take up a list of bills that aim to prevent gun violence. The measures range from bans on certain types of weapons to an increase in training and background checks. Attorney General Bob Ferguson proposed a package of legislation last month “to combat mass shootings in Washington state.” For the first time, Gov. Jay Inslee joined Ferguson in calling for a ban on assault weapons and limits on high-capacity magazines. Ferguson also wants the state to require background checks for people buying ammunition.