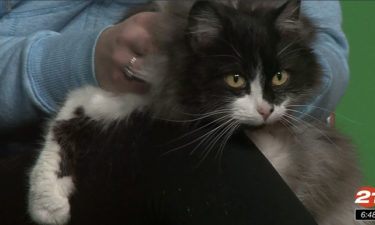 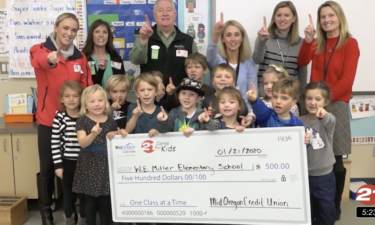 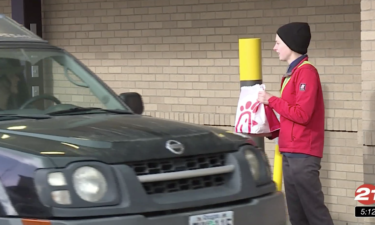 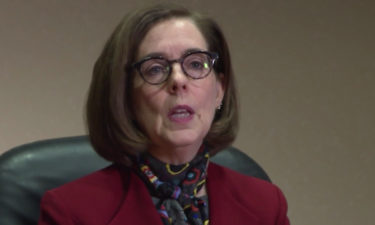 PORTLAND, Ore. (AP) — The U.S. Coast Guard has stopped searching for a 4-year-old Oregon boy who was swept out to sea along with his 7-year-old sister and father. A police officer pulled the girl from the waves, but she died at a hospital. The father survived and is recovering from hypothermia. A powerful wave caught the Portland family by surprise on a remote beach Saturday. Spectacular storm-driven waves attract tourists each winter to the Oregon coast. A storm combined with an extreme high tide made the beaches especially dangerous. The boy’s body hasn’t been found, and the Coast Guard has discontinued the search.

BAKER CITY, Ore. (AP) — Officials say an eastern Oregon man died in an avalanche Saturday while he was snowmobiling in the Elkhorn Mountains. The East Oregonian reported Monday that 33-year-old Richard Stephens was snowmobiling with three others in the northeastern Oregon mountain range when his vehicle was struck and trapped by an avalanche. Baker County Sheriff Travis Ash says a search and rescue team went to the scene, but the North Powder resident died. None of the other riders were injured in the avalanche. According to the Wallowa Avalanche Center, an avalanche warning for the Elkhorns, the Blue Mountains and the Wallowas had been in place since Saturday, and has been extended into this week.

PORTLAND, Ore. (AP) — The first of what could be many sexual abuse lawsuits against The Catlin Gabel School in Portland has been filed. The Oregonian/OregonLive reports Kim Wilson claims in a suit filed Monday that she was molested 80 times by Richardson Shoemaker, a long-time sixth-grade math teacher. She is seeking $4.5 million in damages. Wilson accused Catlin Gabel administrators of doing little if anything about Shoemaker despite complaints by 23 female students. The posh private school released a report in December detailing decades of abuse by at least nine instructors including Shoemaker. He died in 2018. The school said in an email that they take the allegations seriously and apologize to any students who were subjected to sexual misconduct and abuse.

PORTLAND, Ore. (AP) — Two men of six accused of inciting a riot between right-wing Patriot Prayer and left-leaning antifa outside a Portland pub have pleaded guilty and were sentenced. The Oregonian/OregonLive reports Patriot Prayer founder Joey Gibson isn’t among those who have reached deals with prosecutors. Matthew Cooper pleaded guilty Monday to a charge of riot outside the now-shuttered Cider Riot pub during the May Day clash. In addition to the ban on attending protests, Cooper was sentenced to three years of probation. Christopher Ponte pleaded no contest to riot and was sentenced to the protesting ban, three years probation and 10 days in jail.