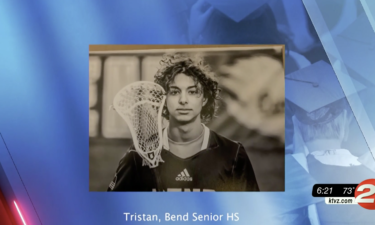 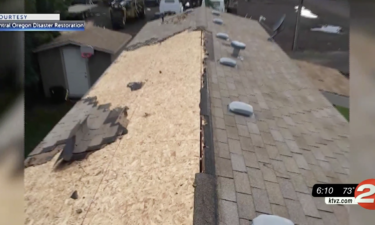 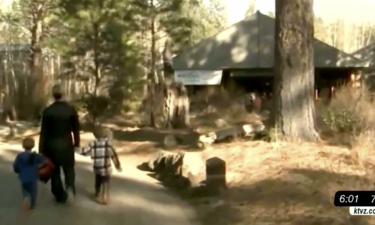 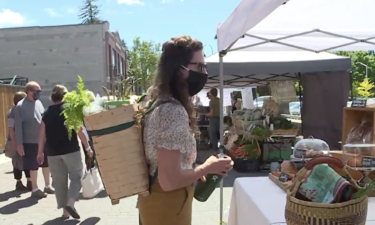 OLYMPIA, Wash. (AP) — Seven more counties have been approved to move into the second phase of Gov. Jay Inslee’s plan to slowly reopen the state following restrictions to slow the spread of COVID-19. KOMO reports that Secretary of Health Jonn Wiesman gave the OK Saturday to Cowlitz, Grant, Island, Jefferson, Mason, Pacific and San Juan counties. Twenty-one of the state’s 39 counties have now received  approval to advance to Phase 2. Phase 2 regulations allow more businesses to operate than Phase 1, but those businesses must comply with all health and safety requirements outlined in the guidance to reopen.

SPOKANE, Wash. (AP) — A pasta company has announced there was a coronavirus outbreak at its Spokane factory as Washington state prepares to reopen parts of its economy. The Spokesman-Review reported that Philadelphia Macaroni Company Inc. said in a statement Friday that 72 workers were tested for COVID-19 and 24 were positive. Health officials say there was an increase in Spokane County with 31 new positive cases between Thursday and Friday. Company officials say all of the factory employees have since been tested and the facility was disinfected. The company is working with the Spokane Regional Health District to conduct contact tracing and determine further prevention measures.

SEATTLE (AP) — A suburban Seattle software engineer has been charged with filing fraudulent bank loan applications seeking over $1.5 million in forgivable loans meant for businesses impacted by the coronavirus pandemic. The Seattle Times reports Baoke Zhangwas of Issaquah was charged in a federal criminal complaint filed in U.S. District Court with wire fraud and bank fraud. He was arrested Friday. According to court documents, Zhang created fake information technology companies for his applications. He never received any money. It wasn’t immediately known if he has a lawyer.

Some recreational fishing set to reopen in Washington

SEATTLE (AP) — Officials say Mitsubishi Heavy Industries will cut hundreds of jobs in Washington state and close its U.S. operations for the troubled SpaceJet project as it “consolidates all activities back to Japan.” The company said Friday that Mitsubishi Aircraft will close its overseas locations due to budget directives. The announcement was made as the pandemic-driven downturn hits all of Mitsubishi’s aviation operations. Spokesman Jeff Dronen said in an email to The Seattle Times that it will impact the majority of the company’s employees in the United States. The Mitsubishi Aircraft U.S. headquarters in Renton will close, and flight test operations in Moses Lake will cease.

2 new cases of Kawasaki-like disease in children in WA

SEATTLE (AP) — The Washington State Department of Health has confirmed two new cases of a new inflammatory ailment in children that is associated with COVID-19. The Seattle Times reports the new illness, which was first recognized last month in Europe and then in New York state, is now named Multisystem Inflammatory Syndrome in Children. The syndrome bears a resemblance to a rare illness called Kawasaki disease. Symptoms of Kawasaki disease include persistent fever, skin rash, conjunctivitis, swollen hands or feet, swollen lymph nodes and red, swollen lips. Seattle Children’s Hospital earlier this month identified a patient with the new illness. The federal Centers for Disease Control on May 14 published a case definition for the disease.

BILLINGS, Mont. (AP) — A judge has dismissed a lawsuit from a coalition of states, environmental groups and American Indians that sought to revive an Obama-era moratorium against U.S. government coal sales on public lands in the West. The judge said President Donald Trump’s administration had fixed its initial failure to consider the climate change impacts of ending the moratorium. Opponents of the leasing program included the Democratic attorneys general of California, New York, New Mexico and Washington state. The mining industry and two coal states, Wyoming and Montana, joined the case on the side of the federal government.

OLYMPIA, Wash. (AP) — Republican legislative leaders in Washington have called on Gov. Jay Inslee to convene a special legislative session as soon as mid-June to work on budget and other coronavirus-related issues. The Seattle Times reports the announcement Thursday comes as GOP lawmakers grow increasingly critical of Inslee’s steps to gradually restart the economy amid a giant spike in unemployment and preliminary projections showing a $7-billion state budget shortfall over the next three years. Democratic officials say a June special session could be too early because the state won’t get an official budget forecast until mid-June, and it remains unclear if the federal government will provide help.