SAN FRANCISCO (AP) — A powerful atmospheric river storm that swept through California set rainfall records and helped douse wildfires. But it remains to be seen how much of a dent it made in the state’s drought. The weather system weakened as it moved south but still dropped enough rain to cause mudslides that closed roads in the San Bernardino Mountains northeast of Los Angeles. Sacramento set a one-day record for rainfall with nearly 5.5 inches. San Francisco got more than 4 inches. Despite the problems, the rain and mountain snow were welcome in Northern California. Nearly all of the region is classified as experiencing extreme or exceptional drought. 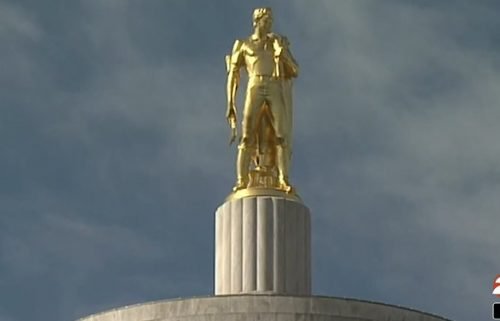