EVERETT, Wash. (AP) — An Everett man has been arrested and accused of shooting four people, two fatally, in separate incidents on Sunday and Monday.

Shane Baker, 25, was arrested Tuesday, lodged in the Snohomish County Jail and had bail set at $5 million, The Herald reported. It wasn’t immediately known if he has a lawyer to comment on his behalf.

Around 9 a.m. Sunday, a man in his 30s was shot multiple times near an Everett intersection. Police said he remained in “stable, but critical condition” as of Tuesday.

On Monday afternoon three men were shot in the 2000 block of Lexington Avenue in Everett. Two of the men, Anthony W. Burnett, 48, and Anthony R. Jolly, 44, had gunshot wounds to the head and died at the scene, according to police and the Snohomish County Medical Examiner’s Office.

The third man, who suffered a grazing gunshot wound to the head, gave police information about the alleged shooter, police said.

Baker was allegedly driving a stolen pickup truck and had shot people who questioned him about the vehicle, according to police.

Baker told police he bought the truck from an unknown person in the past few days for $200 without a bill of sale, according to the police report. He said he’d recently given someone a ride to the Lexington Avenue home, but said he never returned, according to police.

When officers told Baker they had surveillance footage near the house, he reportedly asked for an attorney. 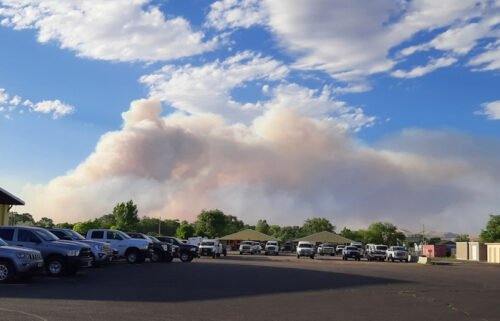