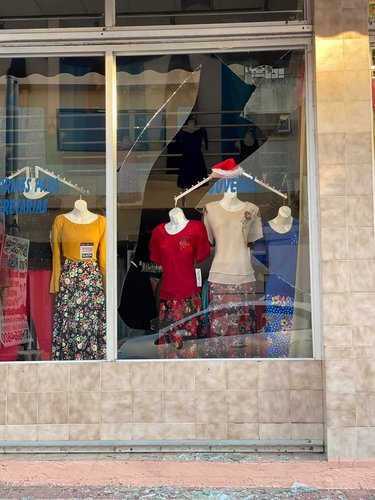 A 6.4 magnitude earthquake jolted southern Puerto Rico on Tuesday morning, killing at least one man, damaging homes and businesses and cutting power to swaths of the island a day after a 5.8 magnitude quake shook the US territory, officials said.

Tuesday’s quake — the strongest and likely the most damaging of a series of quakes that have hit the island since December 28 — moved Gov. Wanda Vázquez Garced to declare a state of emergency, activating the Puerto Rico National Guard.

Power outages and damage have been reported near the island’s southern coast, including in the city of Ponce, where a 77-year-old man was killed and at least eight others were injured, Ponce emergency management director Angel Vasquez said Tuesday morning.

The 6.4 quake struck at 4:24 a.m. (3:24 a.m. ET), centered just off Puerto Rico’s southern coast, about 6 miles south Indios, a town of a couple thousand people, the US Geological Survey said.

More than 400,000 of the island’s 3.1 million people would have felt strong or very strong shaking, the USGS estimates, though the entire island would have felt lesser effects.

Riko Gonzalez and his parents were sleeping in their home in Yauco, near Indios, when the 6.4 quake struck. They awoke to a rumble and scurried out of the house. China and glasses were smashed on the kitchen floor, he said.

It was “horrible, nothing compared to the (magnitude) 5s from yesterday,” Gonzalez told CNN.

“People are afraid to go to bed, to then be woken up to worse earthquakes than the day before,” he said.

In Guayanilla, just north of Indios, parts of the Inmaculada Conception church were in ruins Tuesday. Part of an exterior wall collapsed, and piles of rubble lay on the ground, pictures posted to Facebook showed.

The Guayanilla area already was counting its losses from a day earlier. A significant tourist attraction, the picturesque Punta Ventana rock formation and arch on the coast, collapsed because of Monday’s shaking, the mayor said.

In Ponce, a roughly 15-mile drive east of Indios, workers at Damas hospital were evacuating all patients Tuesday morning except for those in intensive care, the facility’s Executive Director Dr. Pedro Benitez told WAPA.

“(Patients) were running around the hallways, so we had to get them out of the building for their own safety,” Benitez said.

“If no other (major) issues occur with our system, we should reenergize early during the day,” the authority said Tuesday morning on Twitter.

Vázquez Garced urged citizens to remain calm as the government responds to the most recent quake in a statement posted on Twitter.

“I hope all are well. We are getting our information from @NMEADpr and @DSPnoticias,” the tweet said. “The entire government is active and in action. I ask our people to remain calm and urge you to remain safe.”

The earthquakes come more than two years after Hurricane Maria devastated the US territory in September 2017.

The magnitude of Tuesday morning’s largest quake was adjusted slightly downward in the hours after it struck, after initially being recorded as a 6.6.

Tuesday’s quake continues a series of seismic events that have shaken Puerto Rico across 11 days. Hundreds of small earthquakes have hit the island since December 28, the USGS says, including at least 29 over magnitude 4.0.

Monday morning‘s 5.8 tremor struck just south of Indios. While that quake damaged some homes in Guanica and Guayanilla, no serious injuries were reported.

The earthquakes since December 28 appear to have been foreshocks to Tuesday morning’s largest quake, CNN meteorologist Pedram Javaheri said.

Tuesday’s quake “will trigger aftershocks, but these will decrease in frequency over time,” the USGS said in a news release.

It likely will be the island’s most damaging earthquake in more than a century. USGS estimated it could cause economic losses greater than $100 million.

In 1918, a strong quake shook Puerto Rico and caused a tsunami, resulting in 116 deaths and economic loss of $4 million, two times the annual budget for the whole island at the time, according to the Puerto Rico Seismic Network. That’s about $73.4 million in buying power today, according to the government’s Consumer Price Index inflation calculator.

This is the largest earthquake to hit Puerto Rico since 2014, when a 6.4 magnitude quake struck 61 miles northeast of the island. That quake briefly disrupted power and caused only minor damage to Puerto Rico, as it was centered much father offshore than Tuesday’s earthquake.