Police in two Florida counties are investigating the explosions of three ATMs in the past two months in the Tampa area, officials said.

Two of the explosions occurred in Hillsborough County, according to Amanda Granit, a spokeswoman for the county sheriff’s office. The first occurred December 22 at a Pilot Bank branch. Just after 3 a.m., a male suspect spray-painted the exterior video surveillance cameras, including the drive-up ATM camera, black.

A little over an hour later, at 4:25 a.m., an explosion occurred at the ATM. No money was taken in the incident as the suspect was unable to gain access to the ATM’s internal safe, according to a news release from the sheriff’s office.

Sometime between January 11 and 12, the cameras at a Regions bank in Valrico were spray-painted black before an explosion at the ATM. While money was taken from the ATM, Granit said investigators are not disclosing how much.

The first explosion occurred at a BB&T branch November 4 in Pinellas County, according to a news release. No money was taken.

The three explosions are believed to be connected, Granit told CNN. While detectives have identified the type of explosive the suspects are using to detonate the ATMs, they are not making the information public.

“This is a crime that’s brought fear into our community. Hundreds of thousands of people in Hillsborough County visit ATMs every day, and everyone has the right to feel safe when they (go) to the bank,” said Sheriff Chad Chronister in a statement to CNN.

“We want those responsible to know this is not a victimless crime, their actions come with serious consequences and we won’t stop investigating until they are brought into custody.”

The suspects are also believed to have been involved in four incidents of criminal mischief in which they tampered with the ATMs at two banks, Chase Bank and Regions, in Hillsborough County.

Police from both counties are investigating the incidents and searching for two male suspects whose races are unknown.

Officials are advising people to be cautious if they see someone tampering with an ATM. All three explosions have taken place while the suspects were on bank property.

“They are not remotely detonating this, so it’s something they’re doing right there,” Granit told CNN.

“We don’t believe there is really any need for the public to worry in a sense that they’re going to go up to an ATM and it’s going to explode in any moment.” 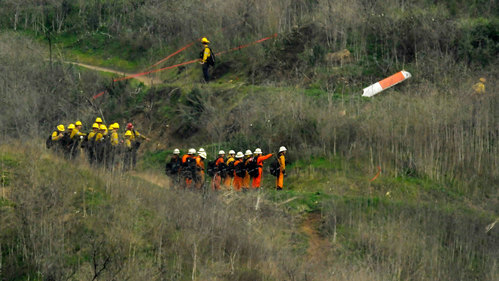