Nearly 5,000 people are living in shelters since a wave of earthquakes began last week in Puerto Rico. Some help is on the way: 115 National Guard members will be deployed to the island at the request of New York Gov. Andrew Cuomo.

Here’s what you need to know to Get Up to Speed and Out the Door.

Six of the remaining Democratic presidential hopefuls took the stage in Des Moines last night, and all eyes were on front-runners Elizabeth Warren and Bernie Sanders. The two debated gender politics after Warren claimed earlier this week that Sanders once told her a woman couldn’t win the presidency. Sanders’ campaign denied the claim, but Warren doubled down last night and said that, since the 2016 election, female candidates have outperformed male candidates in competitive races. Suffice to say, things got a little awkward. Obviously, talk of war in Iran and Iraq was also top of mind, and Joe Biden once again said he regrets voting in favor of war in Iraq 17 years ago as a US senator. CNN’s Chris Cillizza deemed Biden’s performance one of the night’s weakest, with “wins” going to Warren and Amy Klobuchar. Warren, Sanders, Biden and Pete Buttigieg are all tightly clustered at the top going into the final weeks before Iowa’s caucuses, so now it’s a matter of seeing whether their debate performances — and campaign efforts — will put any distance between them at the polls.

Global leaders are parsing the consequences of last week’s plane crash caused by an Iranian missile attack. The House voted last week on a war powers resolution to limit President Trump’s ability to wage war in Iran without congressional approval. Now, Senate Minority Leader Chuck Schumer says the Senate probably has enough votes to pass the resolution as well (the President could always veto it). In Iran, officials announced that several people had been arrested in connection with the deadly crash. President Hassan Rouhani said the government is pursuing a full investigation into how the accidental missile strike occurred. He also vowed those responsible would be punished. Meanwhile, France, Germany and the UK have triggered a dispute mechanism within the Iran nuclear deal to try to hold Iran accountable for its dismissal of some of its terms following a volley of aggressions with the US. If attempts to resolve the dispute don’t pan out, the entire agreement could be scrapped.

House Democrats have released a stash of new text messages and hand-written notes from indicted Rudy Giuliani associate Lev Parnas that could affect the upcoming impeachment trial. The documents show that Parnas sought to set up a meeting between Giuliani and Ukrainian President Volodymyr Zelensky and connect with members of his government. This could shed a lot of light on when and how Trump associates allegedly pushed for an investigation into Trump’s political rivals. Now, the big question is whether the documents will even make it to the trial, given the GOP’s reluctance to admit new evidence. Speaking of the trial, we finally have a date: If the House hands over the articles of impeachment today, the Senate trial will officially start Tuesday.

Has all the talk of impeachment and elections made you forget about the border wall? The White House hasn’t forgotten. The administration is considering diverting another $7.2 billion in Pentagon funding to build the wall. That’s five times the amount Congress initially authorized in February. About $3.7 billion of this money would come from military construction projects and $3.5 billion from counterdrug program funding, according to internal figures first obtained by the Washington Post. With the money, the government could complete about 885 miles of new fencing by the spring of 2022.

The World Health Organization released a list of urgent health challenges that the world will be likely to face in the coming decade, and it’s a serious reality check. Climate crisis as a health crisis headlines the list. The WHO noted that air pollution kills an estimated 7 million people a year, a figure that may worsen as air quality continues to degrade. Climate change also contributes to more extreme (read: deadly) weather events. Access to health care is another top threat, as is the possibility of drug resistance and widespread epidemics. And speaking of drugs, the nation’s top infectious disease doctor says this year’s vaccine is not a very good match for a strain of flu that’s common in children. It isn’t necessarily bad, he said; just not very good. But while it may not keep kids from developing the flu, it can stop them from getting seriously ill from it.

Bearded men are more attractive to women, unless they’re squeamish about hair-borne bugs

Quick, everyone update their online dating profile to include “squeamish about hair-borne bugs.”

A Baby Yoda is coming to Build-A-Bear

The current one looks like it’s, uh, seen some serious stuff.

However, our love of craft beer hard seltzer is going strong.

Some trees can live for more than 1,000 years, and scientist think they’ve figured out why

They drink water. They don’t stress. They mind their own business. Be like a tree, folks, and live forever.

“I know this is a big ‘Who cares?’ for the world at large, but I’ll sleep better at night. #PatriotismOverProfits”

“Star Wars” star Mark Hamill, who tweeted that he’s dumping Facebook after the company said it wouldn’t fact-check political ads before running them on the platform

The number of people who were treated after a Boeing 777-200 flown by Delta dumped jet fuel while returning yesterday to Los Angeles International Airport, hitting five elementary schools and a high school. The jet had an engine problem and dropped its fuel for safety, though planes aren’t supposed to dump fuel over populated areas. The FAA is investigating.

President Trump is expected to sign a preliminary trade deal with senior Chinese leaders today. So far, the text of the deal, which is reportedly about 80 pages long, hasn’t been publicly released.

How the sausage gets made, so to speak

I can’t stop watching all the bizarre tricks food stylists can use to get picture-perfect commercial eats. (Click here to view.) 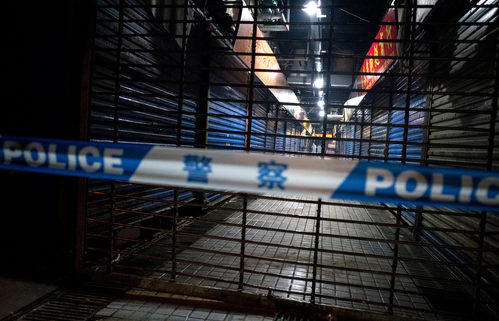 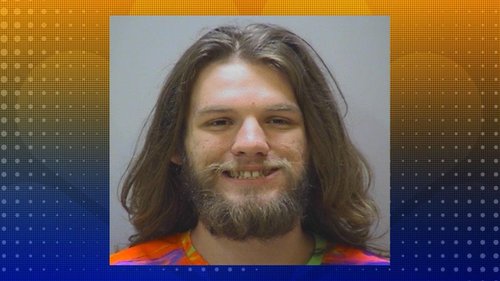