A student arrested in the shooting of another student at a Houston-area high school has been charged with manslaughter, authorities said.

The alleged gunman, identified as a minor boy, was arrested hours after police responded to reports of a shooting at Bellaire High School about 4 p.m. local time Tuesday, said Lt. Greg Bartlett with Bellaire police.

The shooting took place just before school was dismissed for the day, according to CNN affiliate KTRK.

Cesar Cortes, 19, died after first responders took him to a hospital, Bartlett said. The teen was planning to serve in the military and had already enlisted in the Army, KTRK reported.

The circumstances of the shooting remain unclear but Harris County District Attorney Kim Ogg said it appears the shooting was not intentional.

“The reason that the manslaughter charge was filed as opposed to murder is because at this time, the evidence shows that the act that the juvenile committed was not intentional, but it was reckless,” Ogg told reporters on Wednesday.

“So, this is not an accident because pulling a trigger on a gun, whether you know if it’s loaded or not, is an intentional act, but he did not, based on the evidence we have right now, intend to kill his friend, yet he did,” the prosecutor said.

Ogg said the students knew each other and were part of a Junior ROTC group in campus.

The district attorney said no other charges linked to the shooting were pending on Wednesday.

The suspect and another person were arrested Tuesday. Bartlett said the second person was released from custody and no charges were filed.

Authorities are still searching for the gun used in the shooting. The suspect brought the weapon to school on Tuesday but it’s unclear how it came to be in his possession, Bartlett said.

The suspect is not cooperating with investigators, Bartlett said, noting that he couldn’t confirm whether the shooting was unintentional.

“Unfortunately, there’s only two people who know what really happened and one of them is not able to speak for himself and the suspect is not cooperating,” Bartlett said.

Grenita Lathan, interim superintendent at Houston Independent School District, said that a tragedy of “this magnitude is difficult to comprehend.”

“As a parent, I am deeply saddened and angered by this horrific act of violence. Details are still unfolding, and we may not know for some time why this happened. Unfortunately, HISD is not immune to the plague of gun violence afflicting school campuses nationwide,” Lathan said in a statement.

Houston Mayor Sylvester Turner said the community was shocked and heartbroken after the shooting.

“A learning environment is the last place where young people should feel unsafe and in fear of their lives,” Turner said in a statement.

Wednesday’s classes at the school were canceled and will resume Thursday. The school district said crisis counselors will be available for students and staff and additional law enforcement officers will be patrolling the campus. 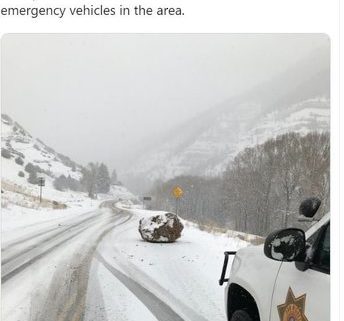