During his first shift alone at a Connecticut gas station, an employee stole more than $17,000 worth of merchandise and money, police say. Then, he vanished.

The gas station’s owner doesn’t know his name. Police say he took his file with him, too.

They’re now searching for the unknown employee and the missing loot.

The owner of the Go On Gas station in Hamden, Connecticut, recently hired the man to work shifts overnight. He watched the man’s first solo shift from an app on his phone, Hamden police said.

But fairly early in his surveillance, the owner realized the new employee had vanished. He returned to the store to find the man had stolen lottery tickets, 89 boxes of cigarettes and thousands of dollars, he told police.

But the man didn’t conceal his face from surveillance cameras. Perhaps he felt he didn’t need to — he took his employment folder on the way out, which contained his personal information.

The owner, who police haven’t named, called on police to help locate the man. Any tipsters with information on his identity or whereabouts are asked to contact the Hamden Police Department Patrol Division. 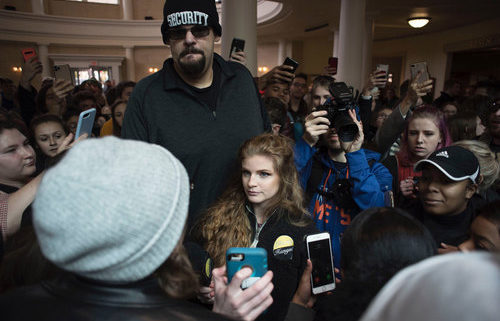