A New York Police Department memo, which warns of a “credible threat” against officers, and an arrest made by Homeland Security Investigations highlight the extra vigilance of law enforcement since a recent shooting inside a Bronx precinct.

Police say that last weekend, a man who told investigators he hated the police shot at two officers and then opened fire inside a station. Since then, an NYPD memo referred to someone possibly intending to shoot an officer, specifically in the 41st precinct, according to a law enforcement official.

The suspect in last weekend’s shootings, Bronx resident Robert Williams, 45, appeared at a court hearing Friday that was attended by a crowd of police officers.

A judge read the charges he faces, according to a source. This was unusual since a court spokesman said the indictment against Williams was to be unsealed at a March 6 arraignment.

Williams was remanded back into custody, according to the court spokesperson.

The memo warning of a credible threat against officers was sent to parts of the NYPD detective bureau and tweeted by the Sergeants Benevolent Association.

All service members are being advised to be vigilant, and station house security must be posted on all tours, the memo says.

“We deal with those threats on a regular basis but we do need the community’s help,” Patrick Lynch, president of the Patrolmen’s Benevolent Association, told reporters outside court after Williams’ hearing on Friday. “When you hear something, please let the police know.”

In an unrelated incident, HSI was made aware of a threat to the law enforcement community, a statement from the department says.

ICE arrested Armando Clemente Ramos, a member of MS-13, for making threats against the NYPD in the Bronx on Thursday, a second law enforcement official said.

Ramos’ threats did not spark the NYPD memo or broader safety concerns. He was apprehended as part of an investigation, the first law enforcement official said.

Last weekend, the first shooting took place Saturday night when a man in a black puffer jacket opened fire on two police officers sitting in a van at the 41st precinct. One officer was wounded, police said. A second was not hit.

Then on Sunday morning, a man walked into the station just before 8 a.m. and shot at uniformed officers and a civilian employee, police said. One male lieutenant who returned fire was shot in the arm and was in stable condition.

The suspect was not shot but lay down on the ground after he ran out of bullets, police said. He was then taken into custody.

The shootings were “a premeditated assassination attempt,” NYPD Commissioner Dermot Shea said. “By the grace of God we’re not planning a funeral.” 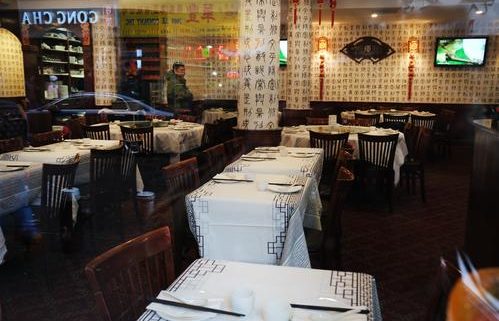