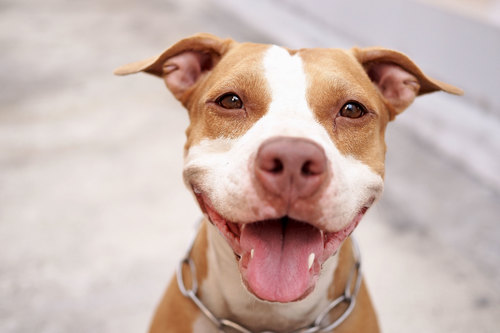 Denver’s mayor announced he will veto an amendment which would overturn a 30-year ban on pit bulls, saying he reached his decision after receiving “over 900 emails and a couple hundred phone calls.”

“We cannot diminish the very real, very traumatic experiences of those who have reached out to me to share their stories,” Mayor Michael B. Hancock said in a statement. “At the end of the day, I must ask whether passage of this ordinance would make our homes and neighborhoods safer or pose an increased risk to public safety?”

The legislation, which was passed by the City Council on Monday, proposed that pit bull owners be required to register with Denver Animal Protection (DAP) and get a “breed-restricted license.” Licenses are already required for all cats and dogs.

Pit bull owners would have to adhere to a list of requirements, including paying an annual fee and notifying DAP within eight hours if their dog bites or escapes, and within 24 hours if the dog dies or the owner moves. It limits the number of pit bulls to two per household.

Owners would be able to transition to a regular license if there have been no violations within 36 consecutive months, the City Council said in on Twitter.

Denver requires all dogs and cats older than six months be licensed with the city, a $15 annual cost.

“Unfortunately, less than 20 percent of all pets in Denver are currently licensed, which raises significant questions about the effectiveness of this proposed new system,” Hancock said in his statement.

And while progress has been made on boosting registration numbers, the city is still not where it should be, the mayor said.

“The reality is that irresponsible pet owners continue to be a problem, and it is the irresponsible owners and their dogs I must consider in evaluation the overall impact of this ordinance.”

The amendment will go back to the City Council, which could overturn the veto.