SPRINGVILLE, UT (KSL) — When a Utah woman noticed something wrong with her car last week, she took it into a maintenance shop to see what the problem was. It turned out a large rodent was stowed away inside the engine compartment of her vehicle.

The woman brought her car to a Jiffy Lube in Springville on Saturday after noticing debris and some oil on the ground near her car. Mechanics opened up the hood and said there appeared to be a beaver stuck inside, according to Utah Division of Wildlife Resources conservation officer Sean Spencer.

After making some calls, Spencer was dispatched to help. The rescue was caught on camera and posted online by DWR officials this week. It shows the creature peering from underneath the vehicle’s engine hoses.

Spencer, along with the assistance of a mechanic, was able to use a catchpole to secure the animal and pull it out. What was reported as a beaver turned out to be a marmot. The large rodents are common to Utah, according to the DWR.

There is a happy ending to it all. The animal was unharmed after its stay inside the vehicle. It was taken to a Utah wildlife management area and released into the wild.

It’s not uncommon for animals, especially rodents, to sneak their way into vehicles. It happens more frequently during winter time when it’s colder outside and they are seeking a warm shelter, as noted by Utah State University Extension. 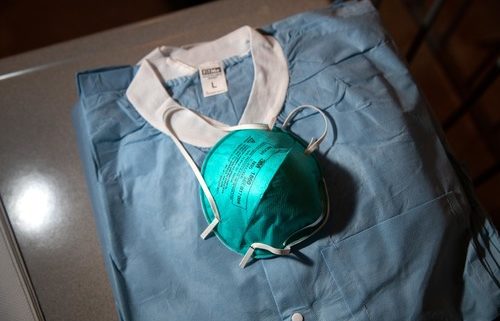