Administration officials view China’s aggression against Hong Kong as a clear hook to recruit countries that have otherwise been hesitant to alienate China, an epicenter of much of the world’s supply chains. But the effort is receiving significant pushback from business leaders across the country, with one businessman with ties to the US and China calling it “scary.”

According to administration officials and other people briefed on the discussions, the White House is considering new actions to respond to Beijing following its latest attempts to subvert Hong Kong’s remaining freedoms and bring it under full Chinese control.

Over the last month or so, President Donald Trump and Secretary of State Mike Pompeo have launched a full throttle attack on China over its handling of the coronavirus outbreak and its failure to transparently provide a sufficiently early warning about the potential spread of the virus beyond its borders. But the administration’s approach hasn’t received full buy-in from allies who have been reluctant to mirror Trump’s bombastic language, especially after the administration halted funding for the World Health Organization.

Action on China is among the proposed areas of discussion the administration is looking to tackle with leaders at a Group of 7 summit next month, which Trump has proposed to now hold in person as a sign that the world is on its way to recovery, two foreign officials said. However, it’s not clear how many leaders are willing to attend.

In its latest move to target Beijing on Friday, the Trump administration announced that it is adding 24 Chinese government entities to the Export Control Entity List “for engaging in activities contrary to the national security or foreign policy interests of the United States,” according to the Commerce Department. The designation heavily restricts these entities ability to obtain US technology.

Trump’s growing interest in a public confrontation with China underscores his shifting priorities amid the waning possibility the economy will recover early enough to bolster his efforts for reelection.

The White House’s efforts echo those on Capitol Hill, with Republican and Democratic senators announcing that they would introduce legislation to impose sanctions on Chinese officials for violating Hong Kong’s independence, after Beijing moved to impose a new security law on the former British colony.

The bill, to be introduced by Republican Sen. Pat Toomey and Democratic Sen. Chris Van Hollen, would also impose secondary sanctions on banks that do business with entities found to violate the law guaranteeing Hong Kong’s autonomy.

The Senate also voted unanimously to require publicly traded Chinese companies to open their books, which would give US regulators greater financial oversight over them. US lawmakers and regulators have long sought more transparency into Chinese companies. But the bill’s passage coincides with other measures the White House has taken to ratchet up the pressure on Beijing.

Executives with large businesses in both countries are very nervous about what’s next, which includes the possibility of a military confrontation, according to the business executive, who warned Taiwan and Hong Kong are likely the next flashpoints between the two countries.

Those concerns have been realized over the last 36 hours after Beijing announced on Thursday it would play a bigger role enforcing China’s national security laws in semi-autonomous Hong Kong. Pompeo sternly condemned the move, underscoring that the US sides with the people of Hong Kong.

“Worst case scenario: Taiwan is goaded by the US to declare independence. It’s possible that China will then use military force, and then the question is: will the US defend Taiwan?” said the business executive.

The US interfering with Hong Kong and Taiwan “isn’t like Trump asking China to buy more stuff — these are non-negotiable issues,” which is why there has been a negative reaction in the markets, the executive said.

Trump and other administration officials have been trying to walk a line of condemning China while also keeping phase one of the US-China trade deal intact. White House economic adviser Kevin Hassett didn’t directly answer when pressed by CNN’s Poppy Harlow on Friday on whether the deal was “off the table.” The President touted the agreement, which requires China to purchase $32 billion in US agricultural products over the next two years, as a success he was able to achieve in part because of his strong relationship with Chinese leader Xi Jinping.

But as China’s inability to fulfill its commitment under the agreement becomes increasingly likely, Trump sees no short-term advantage to taking a politically correct approach to China. The President, who once told officials within his administration to take a measured response to China’s aggression in Beijing, now sees it as an opportunity to confront the global superpower ahead of the November election.

Other signs of a building standoff have emerged. This week, the Trump administration announced that it had approved a potential $180 million arms sale to Taiwan, a move that is bound to anger Beijing, which sees Taiwan as a breakaway province to be reunified with the mainland one day and has never renounced the use of force to bring the self-ruled island under its control.

Over the last few weeks, US Navy ships and Air Force B-1 bombers have also undertaken missions aimed at sending a very public message that the US military intends to maintain a presence in the region and reassure allies. The Navy Pacific Fleet took the unusual step of announcing that all of its submarines in the region were at sea conducting operations “in support of a free and open Indo-Pacific region amidst the pandemic caused by the coronavirus,” a move seen by Beijing as threatening its contested claims of authority over the South China Sea.

On Friday, the Pentagon confirmed two recent encounters between US and Chinese military forces that were considered by the US to be unsafe. The incidents involved Chinese jets intercepting US aircraft and a Chinese warship conducting “unsafe and unprofessional maneuvers near” the guide missile destroyer USS Mustin.

Trump isn’t ideologically opposed to China, the business executive noted, “but sees blaming China for the coronavirus pandemic as a path to winning reelection. The China hawks in Congress and inside the White House are exploiting that opportunity right now.”

“China isn’t likely to retaliate over this particular issue because anything that China does might actually end up hurting Chinese companies’ ability to access global capital markets,” the business executive said. “The Chinese government doesn’t want to shoot itself in the foot.”

“The issue is sentiment: the US Senate bill is a shot across the bow by American politicians saying that Chinese companies aren’t welcome in the US capital markets.” 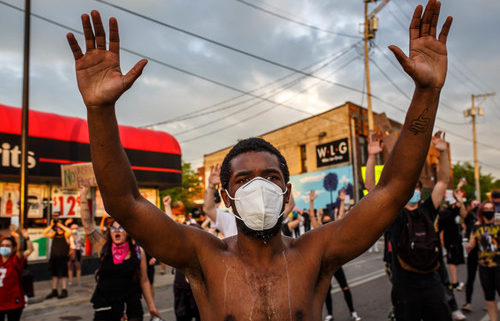 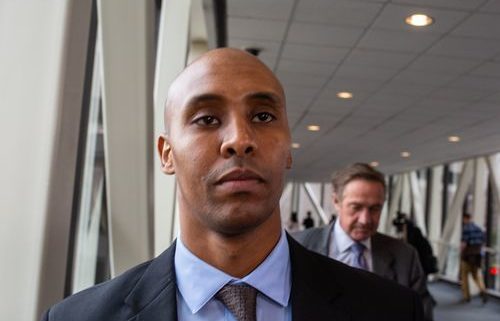