On Monday morning, the President of the United States retweeted this:

It’s a photoshopped image of Senate Minority Leader Chuck Schumer (New York) and House Speaker Nancy Pelosi (California) in traditional Islamic garb, standing in front of an Iranian flag, with the caption “Democrats 2020.” It is, at a minimum, anti-Muslim.

The original tweet came from someone with the Twitter handle “D0wn_Under” who describes himself this way: “I identify as King and my pronouns are His Majesty, First of his name.” On the original tweet, “D0wn_Under” wrote: “The corrupted Dems trying their best to come to the Ayatollah’s rescue. #NancyPelosiFakeNews.”

Unless you are deeply obtuse, you get the point: Donald Trump is suggesting — to his nearly 71 million followers — that the two top Democrats in Congress are in league somehow with the Iranian regime. Presumably, Trump believes that to be the case because both Pelosi and Schumer have pushed for the administration to offer more detailed information about the supposed “imminent” threat posed by Iranian commander Qasem Soleimani which led to the US military’s killing of him by drone strike earlier this month.

There’s actually one thing wrong with that sentence above. I wrote “Trump believes” that Schumer and Pelosi are in league with the Iranians. That’s almost certainly wrong. What Trump believes is that sharing a doctored image of these two Democrats he will throw red meat to his base, who will eat it up. That it will play into his base’s twin dislikes (or at a minimum distrusts) of a) congressional Democrats and b) Muslims. (Remember that Trump ran openly in 2016 on the idea that Muslims were a violent people who hated America — and that he was the only politician willing to tell the truth about the threat they posed.)

I screen-grabbed Trump’s tweet and added this: “So, here we are.” And judging from the responses to my tweet, Trump is — and will — get what he wants.

Asked about the tweet on Fox News, White House press secretary Stephanie Grisham defended her boss while making a dangerous and false claim of her own: “I think the President is making clear that the Democrats have been parroting Iranian talking points and almost taking the side of terrorists and those who were out to kill the Americans.”

What Trump is doing here isn’t complicated: He is acting like your garden variety social media troll. He is using his massive platform to pump a viral (and false) image into the collective bloodstream, knowing that even if his supporters know the image is doctored, they’ll share it anyway. And then the people they share it with will share it. And on and on and on.

This is a tried-and-true tactic of Trump’s most loyal followers online — not to mention, as documented in Robert Mueller’s special counsel report, Russian operatives. As Andrew Marantz details in his absolutely terrific book “Antisocial: Online Extremists, Techno-Utopians, and the Hijacking of the American Conversation,” there was a concerted effort during the course of the 2016 campaign by Trump supporters to take advantage of the decidedly lax fact-checking (and oversight) on social media platforms to push memes — like this one — to damage Hillary Clinton and the Democratic Party.

Truth? Accuracy? Fairness? None of that mattered because, well, it worked. The Trump base was ready to believe the worst — and then some — about Clinton. (She’s hiding a serious illness! She’s working to feather her own nest at the Clinton Foundation!) And so these trolls fed them what they wanted. Day after day. Month after month.

Internet trolls are not a new phenomenon. What is new is that the President of the United States is one of them.

Think about Trump’s approach to social media and, well, everything else. He says provocative things. He has the most casual of relationships with the truth. He equates “lots of people are seeing this” with both a) success and b) inherent goodness. His moral compass is, uh, not well-honed. Winning is all he sees. And it doesn’t matter how you win — just that you win.

The obvious question given all of that is a) why tweet about Trump’s Pelosi-Schumer tweet and/or b) why write about Trump doing this? After all, aren’t we amplifying it by writing about it?

My view on that is this: This is the President of the United States. Ignoring him when he pushes out memes that are aimed at fomenting anti-Muslim sentiment is not something we can or should do. That would be an abdication of the news media’s role to hold the powerful to account.

That’s never been an issue before. Mostly because we have never had an internet troll as president before. Calling out what Trump is doing, what he gets wrong and what it says about his supporters that this sort of crap will work with them is of vital importance to our democracy and its long-term health and survival. 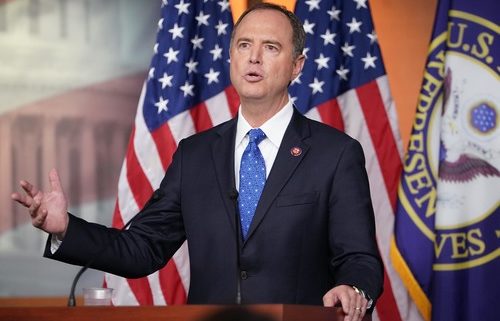 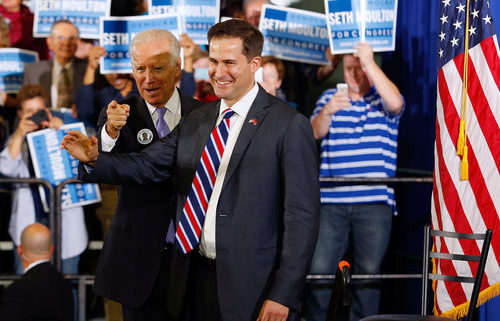 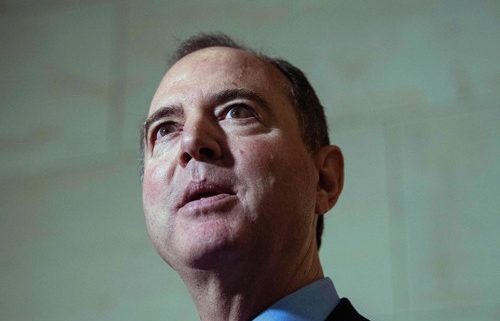