Bernie Sanders and Elizabeth Warren have for more than a year observed a non-aggression pact designed to keep the Democratic left united as it seeks to topple the party’s leading moderate presidential candidates.

But over the course of a 24-hour period ahead of Tuesday night’s debate, their always-fragile détente has been thrown into doubt — along with progressives’ hopes that Sanders and Warren can strike a balance between their own ambitions and a broader project to drive the party left ahead of the coming election.

The revelations have set off a panic among progressive activists and strategists, who are now beseeching the campaigns to make a show of unity and push their supporters — especially those with aggressive social media voices — to take the edge of what is rapidly turning into a toxic and potentially self-defeating feud.

“Our movement needs to see (Sanders and Warren) working together to defeat the corporate wing, not attack each other,” Democracy for America chairman Charles Chamberlain told CNN on Monday afternoon. “What we’re looking for them to do is to show that onstage Tuesday night and show solidarity.”

The public breakdown began with the revelation on Sunday, as first reported by Politico, that some Sanders’ volunteers had been instructed to tell voters leaning toward Warren that her appeal was limited to “highly educated, more affluent people.” Warren responded later in the day by accusing Sanders of “sending his volunteers out to trash me” and warning that the argument spelled out in the script risked stoking a brand of “factionalism” that roiled Democrats in 2016.

Sanders distanced himself from those talking points, but Warren’s campaign pressed on, sending out a fundraising email signed by campaign manager Roger Lau, with the same message. Then, on Monday afternoon, four sources told CNN that during a private 2018 meeting, Sanders said to Warren that he did not believe a woman could win the presidency.

In a statement responding to the report, Sanders fiercely denied having made the comment, describing the accounting as “ludicrous” and calling it “sad that, three weeks before the Iowa caucus and a year after that private conversation, staff who weren’t in the room (for the meeting) are lying about what happened.”

Warren subsequently backed CNN’s account, saying of her conversation with Sanders: “I thought a woman could win; he disagreed,” before affirming their friendship and seeking to reassure voters that their political alliance remained strong. Meanwhile, Sanders campaign manager Faiz Shakir tweeted a video of Sanders attacking Donald Trump, urging followers to “stay focused.”

The prospect of open warfare between the Sanders and Warren camps has some progressives looking back grimly to 2004, when liberals Howard Dean, who founded DFA after that campaign, and Dick Gephardt ratcheted up attacks on each other ahead of the caucuses.

“We’ve seen this movie before,” Chamberlain said, “and what did it do? It made it so that (Dean and Gephardt) were defeated by the establishment, as John Kerry came in first. We do not want to see that happen again.”

Even the Progressive Change Campaign Committee, staunch Warren allies and backers of her campaign, sent out a press release late Monday asking for a halt to the escalating hostilities.

“A back-and-forth about this private meeting (detailed in CNN’s story) is counter-productive for progressives,” PCCC co-founders Stephanie Taylor and Adam Green wrote, after criticizing any suggestion that a woman could not win the coming election.

Their statement included a time-sensitive appeal: “Going into the debate, Warren supporters should be talking about why her inspiring agenda and popularity across the party makes her best suited to unify and energize Democrats — and win swing voters to defeat Trump. That’s where our focus will be.”

The personal nature of the Warren-Sanders bust-ups, which have gobbled up coverage of a campaign in which a majority of Democrats have still not settled on a candidate, is eating away at leading progressives, many of whom have been careful to remain neutral throughout the contest.

“It is stomach churning,” said Randi Weingarten, the president of the American Federation of Teachers, which has not endorsed any candidate. “I’ve worked with these two now for a good part of the last decade. And since Trump was elected, they have both been just stalwart in not simply the fight against the cruelty of Trump, but the fight for a bold different vision of what America could be.”

Weingarten expressed some optimism that the campaigns would seek to quash the squabbles over the coming days, but said she was prepared to intervene if they did not.

“If it continues, I’ll pick up the phone and call both of them,” Weingarten said, noting that there have already been “several good progressive groups, like Democracy for America and others, who have basically pleaded with them on Twitter and pleaded with supporters to not go down this rabbit hole.”

Any further descent, other progressive leaders have strenuously warned, risks effectively polarizing progressives behind the candidates’ personalities — at the expense of their substantive policy agreements — and boosting the prospects of moderate fellow frontrunners Joe Biden and Pete Buttigieg.

“Warren and Sanders should be focusing their fire on their two corporate-friendly opponents and earning the trust of voters for why their vision will defeat Trump and provide relief for the American people,” Waleed Shahid, the communications director for Justice Democrats, said in a text message. “Obama vs. Clinton in 2008 was much more negative than anything we’ve seen since then. But I think the campaigns are falling for the media’s longheld desire for a brawl between the two progressive candidates.”

The blow-up has also underscored a weakness on the left, which for generations has been plagued by internal divisions and a failure to build out an infrastructure — unattached to any campaign — that could effectively step in now and negotiate a renewed peace.

“Enforcing what (the campaigns) have tried to enforce is really impossible absent a really powerful progressive organization that can serve as a sort of broker to represent progressive interests as a whole,” said Sean McElwee, co-founder of the progressive think tank Data for Progress, which has discussed policy proposals with both the Sanders and Warren campaigns.

For progressives who believe that the path to the nomination for either Warren or Sanders is staked in their mutual success — and with it, the accumulation of the lion’s share of primary delegates — the prospect of an enduring rift is especially troubling.

“I’ve worried a couple of times throughout the campaign that we were starting to see a move towards optimizing towards individual campaigns rather than a progressive winning as a whole,” McElwee said. “I’ve seen it from both camps and I just think, it’s hard because what they are proposing to do — having two campaigns optimizing towards a shared outcome — is virtually impossible and it’s ever been done.” 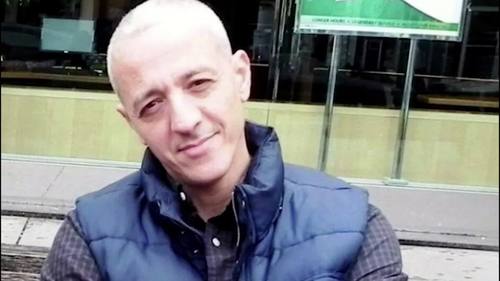