Massachusetts Sen. Elizabeth Warren is done talking about her back-and-forth — in which each candidate said the other called them a liar — with Vermont Sen. Bernie Sanders after the seventh presidential debate Tuesday night in Iowa.

“I have no further comment on this,” Warren told reporters as she entered the US Capitol for the start of President Donald Trump’s impeachment trial on Thursday. “We are here right now at an important moment in American history. And that’s what we need to keep our focus on.”

And, apparently, Sanders agrees. He ignored questions by CNN reporters on both Wednesday and Thursday as to whether he had anything to say about his confrontation with Warren. Jane O’Meara Sanders, the senator’s wife, said only this: “I think that this discussion is over.”

Really? Well, it shouldn’t be.

Here’s why. Sanders and Warren are two of the three or four Democrats with the best chance of winding up as the party’s presidential nominee this November. There is an active disagreement between the two over whether, at a meeting in December 2018, Sanders told Warren that he did not believe a woman could be elected president. Warren says he did. Sanders says he didn’t.

Following Tuesday’s debate, Warren confronted Sanders about his denial; “I think you called me a liar on national TV,” she told him. “You called me a liar,” Sanders replied. “You told me — all right, let’s not do it now.”

So. Two 2020 frontrunners are, as I write, saying the other called them a liar over whether one of them said he didn’t believe a woman could be elected president in 2020. That is a BIG deal.

What it is not — as many Democrats especially on Twitter are claiming — is either a) a non-story or b) a media-created story.

You can not like that it is a story. You can argue that it distracts from the broader goals, which for many liberals are first ensuring Sanders or Warren is the Democratic nominee and then beating President Donald Trump. But not liking that Warren and Sanders are fighting and/or believing that it’s counterproductive for the broader goals of liberals and Democrats is very different than saying that it’s not a story at all.

Tweeted Politico’s (and CNN political analyst) Ryan Lizza on all of this:

“To too-good-for-this Twitter: one major candidate calling another a liar is a significant story. Presidential truth-telling is one of the most important issues of our time. When two top presidential candidates publicly argue over which of them is a liar it is indeed a big deal.”

That’s where I come down, too. If this was former Vice President Joe Biden and former South Bend, Indiana, Mayor Pete Buttigieg calling each other liars over a disputed meeting, it’s hard for me to believe supporters of Sanders and Warren would be similarly disinterested in pursuing who is right and who is lying. Or if you want to be charitable about it: Why there is such a clear misunderstanding of what happened in that meeting in December 2018?

The point here is that both of these people can’t be telling the truth. And we still haven’t gotten to the bottom of who is lying (or misunderstanding) and why. So whether or not the candidates want to move on, we shouldn’t. Because if you want to be the Democratic nominee against the most truth-challenged President in American history, then your commitment to honestly — no matter how uncomfortable — is of the utmost importance. 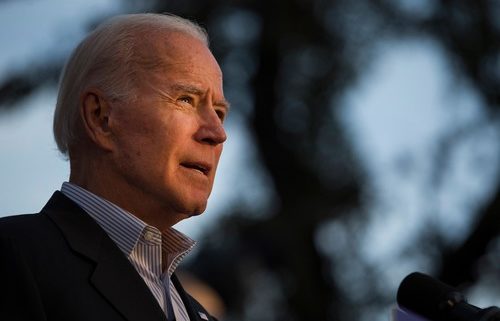