Michael Bloomberg may not need other people’s money to fund his bid for the White House. But friends — especially influential ones — come in handy.

He and his Democratic presidential campaign are building a network of high-powered supporters to hold “friend raisers,” according to one person that’s coordinating with the campaign to hold these events.

In addition to building support, these Bloomberg advocates are bolstering another message Bloomberg and his team have conveyed at private events with the candidate.

The posture isn’t overtly “please don’t donate to other candidates” but that’s clearly the strategy, said three wealthy donors familiar with the Bloomberg effort. Bloomberg’s strategy could undermine fundraising for former Vice President Joe Biden and former South Bend, Indiana, Mayor Pete Buttigieg — two moderate candidates with platforms and positions that are similar to Bloomberg’s and who have also courted deep-pocketed donors to fund their campaigns.

Bloomberg’s effort was first reported by The New York Times.

The effort formally kicked off after Bloomberg announced his candidacy in November. Bloomberg hosted dozens of wealthy, politically-engaged New Yorkers and community leaders, asking them to promote his candidacy. Among the attendees were real estate developer Jerry Speyer, Kathryn Chenault, the wife of former American Express CEO Kenneth Chenault, and former Democratic congressman Harold Ford Jr., according to two people who attended.

It is now in full swing. An arm of the campaign is dedicated to organizing these influencers, holding weekly calls to ensure they’re briefed on the candidate’s policies and activities.

“We’re adding people to Committee for Mike every day because more and more leaders see Mike as the best candidate to defeat Donald Trump. In addition to supporting Mike and activating their networks, members are also encouraged to donate to the Democratic party, state parties and progressive groups, because the only way Democrats will win in November is if we have a strong party infrastructure,” said Bloomberg campaign spokeswoman Sabrina Singh.

One recent event — inside a wealthy supporter’s home in New York City — drew attendees who were backing other moderate Democratic candidates, including Biden and Buttigieg.

“They came because they were curious,” said the host, who was surprised by the large turnout.

“The Bloomberg people want you to put your name down on a piece of paper and say you’re endorsing him. In some ways, that’s even harder than just writing a check or attending an event” because you can’t publicly endorse two people, said a big-dollar Democratic bundler. The race is getting to the point where supporters and fundraisers will have to “pick their full-time partners,” said the donor.

At a $15,000-a-plate fundraiser for the Democratic Party on the Upper West Side last week, Bloomberg argued the money that wealthy attendees contributed to the party would make a difference in the campaign against Trump.

One person who attended the Democratic fundraiser said Bloomberg’s remarks couldn’t have come at a worse time for Biden who days later finished fourth in the Iowa caucuses.

The Biden supporters in the room are probably now questioning whether their money was well-spent and if they should just back Bloomberg, said the attendee, who noted that supporting Bloomberg wouldn’t cost them anything.

Biden started the year with less than $9 million to spend, a weaker cash position than his rivals, according to the most recent campaign finance filings available. Biden has not disclosed how much he has collected since the Iowa caucuses.

The Biden campaign is “not at all discouraged by what we see in terms of money coming in,” one aide said in a phone call with reporters Friday. 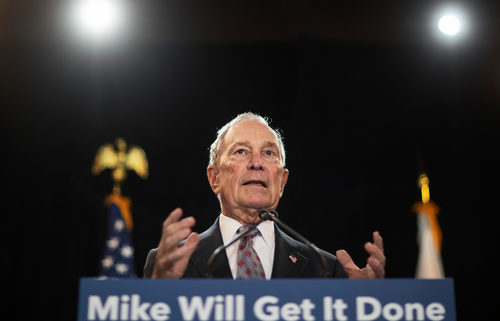 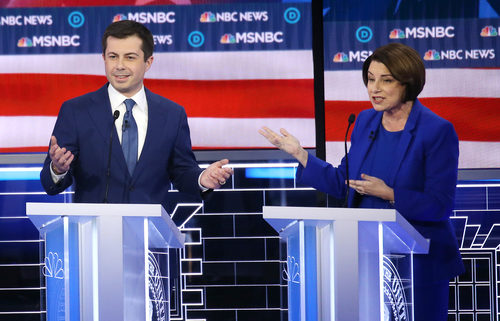