The first known presumptive cases of coronavirus in the federal correctional system emerged Wednesday as the number of infected inmates and staffers at local facilities across the country continued to climb, heightening concerns about the spread of the pandemic within the tight quarters housing the nation’s inmates.

Between Tuesday and Wednesday, a staffer at a medium security federal prison in Berlin, New Hampshire, and an employee at a Bureau of Prisons administrative facility in Grand Prairie, Texas, were presumed to have the illness, said Sue Allison, an agency spokeswoman.

Local authorities said Wednesday that corrections officers in New York and Georgia had caught the virus, as well as an inmate at New York City’s Rikers Island, marking the first case at the notorious jail. In Arizona, the state’s Department of Corrections said Wednesday that it would give inmates free hand soap after an advocacy group exposed a lack of cleaning supplies at local prisons and appealed to a federal judge to intervene.

The developments come as some prison staffers have voiced worries about an unprepared system, with officials citing short staffing and a lack of proper protective equipment. Criminal justice advocates have also called for the release of certain nonviolent offenders, including those who may be at greater risk from the virus, while high-profile inmates including Michael Cohen and Michael Avenatti have asked to be released.

In Italy, where the virus has taken an especially devastating toll, nearly a dozen inmates died in prison riots spurred across the country by the pandemic, the Italian Justice Ministry said Tuesday. Dozens more escaped.

The federal Bureau of Prisons on Friday moved to an advanced defensive posture, temporarily blocking social visitors as well as lawyers in most circumstances from visiting inmates at the system’s 122 facilities across the country. Local facilities, where most of the nation’s prison population is housed, have also taken steps to lock down buildings and narrow the possibility of the virus making it inside.

On Wednesday, the Bureau of Prisons notified local health officials about the two cases and began an internal risk assessment to determine who might have been exposed to the infected workers, according to Allison.

The challenge of cramped cell blocks and routine gatherings

Despite recent staffing shortfalls, the Bureau of Prisons remains one of the largest federal law enforcement agencies, with some 36,000 workers. More than 175,000 federal inmates are currently serving sentences in Bureau of Prisons facilities as well as privately managed facilities, according to the agency.

Cramped cell blocks and routine gatherings among inmate populations have made the recommended social distancing policies a challenge at some facilities, and the Bureau of Prisons has responded by staggering mealtimes and recreation in certain areas.

While new inmates have continued to report to prisons throughout the crisis, the Bureau of Prisons has suspended internal inmate transfers between facilities to try to minimize the spread of possible infections.

Still, this week, a group of detainees from an Immigration and Customs Enforcement facility were moved into a federal prison in Tallahassee, Florida, evoking protests from some prison workers. Even worse, two employees told CNN, the facility has a shortage of personal protective equipment, like masks and gloves, for staffers.

Kristan Morgan, a vice president in the local prison workers union who’s a nurse practitioner at the Tallahassee prison, took the temperature of the new inmates without wearing a mask because she was unable to track one down in her size. Several of the transferred prisoners ran low-grade fevers, she said.

“It’s pretty nerve-wracking with everything that’s going on. You don’t know who’s infected with what,” Morgan said.

Morgan and another local union official said prison supervisors had since sent for more protective equipment, but the items were on back order and it was unclear when they would be delivered.

Allison, the Bureau of Prisons spokeswoman, said Wednesday that the agency was updating its guidance on internal inmate movements “to provide clarification.”

As part of its “Pandemic Influenza contingency plan,” Allison said, “all cleaning, sanitation, and medical supplies have been inventoried at every one of its 122 BOP facilities, and an ample amount of supply is on hand and ready to be distributed or moved to any facility as deemed necessary.”

After an inmate and corrections officer assigned to the security gate at Rikers both tested positive for the virus within 24 hours, the president of the New York City Correction Officers’ Benevolent Association urged the city to implement extreme contingency plans.

“If we are not provided with the specific masks and hand sanitizers we need, if we are not changing how new intakes are being admitted, if we are not putting the safety of our members first, then this crisis will grow worse with each passing day. Give us the help we need now!” Elias Husamudeen said in a statement Wednesday.

New York City’s Department of Correction confirmed the case in a statement Wednesday evening, adding that the detainee had been removed from the general population and was being “closely monitored” by health officials. Corrections authorities were working with the jail’s health system to identify and notify other individuals who may have come into close contact with the inmate, the agency said.

On Sunday, a city Department of Correction investigator died following a positive test for coronavirus, the agency’s commissioner said in a statement earlier this week.

“As we endure this loss to our community, we will continue to do everything to keep our facilities safe for everyone,” the commissioner, Cynthia Brann, said on Monday, adding that they were working to notify anyone who had been in close contact with the investigator.

Across the country, advocacy groups and reform-minded prosecutors have also called for the release of a variety of inmates, including prisoners who can’t afford cash bail, those held on probation violations and nonviolent prisoners at greater risk from the virus because of their ages or health status.

On Tuesday, 31 state and local prosecutors — including the Manhattan, San Francisco, Philadelphia and Dallas County district attorneys — signed on to a statement imploring officials to order the releases.

“We must act now to reduce the existing detained populations and incarcerate fewer people moving forward. In doing so, we can not only help to reduce the spread of infection but also bring home people who no longer present a safety risk to their communities,” said Miriam Krinsky, the executive director of Fair and Just Prosecution, the group that arranged the statement.

Some cities have already begun taking action. Los Angeles County Sheriff Alex Villanueva announced on Monday that the county had lowered its prison population by hundreds over two weeks, while reducing the average number of daily arrests from 300 to about 60.

In Cleveland, more than 200 inmates have been released from the Cuyahoga County Jail since Friday. Some of the low-level, nonviolent inmates were released on probation or had their bonds reduced to manageable levels, while others were sent to the Ohio Department of Corrections prison, the court told CNN on Monday.

Defense attorneys have also painted a picture of inmates being deprived of basic hygiene.

On Monday, an attorney who had visited the Arizona State Prison Complex Florence last week told a federal judge in the state that inmates “were not provided any disinfectant cleaning supplies to clean their cells or personal bed space, but rather were told to use their personal supplies of shampoo or soap to clean hard surfaces,” according to a court filing from the American Civil Liberties Union of Arizona and the Arizona Center for Disability Law that asked the judge to require the state prison system to develop and implement a plan to handle the virus.

In response, the Arizona Department of Corrections on Wednesday waived the $4 copay that inmates are charged for health services for anyone experiencing flu-like symptoms. Inmates will also be given free hand soap until further notice, and the prison stopped internal movements of inmates between prison complexes.

Fear of the virus hasn’t been confined only to needy inmates: Some of the country’s most high-profile convicts have attempted to have their sentences cut short as a result of the pandemic.

On Tuesday, the attorney for President Donald Trump’s former fixer, Michael Cohen, wrote to US District Judge William Pauley asking the court to reconsider Cohen’s motion for a sentence reduction in light of the coronavirus’ “enhanced risk” to inmates and “the Bureau of Prisons being demonstrably incapable of safeguarding and treating B.O.P. inmates who are obliged to live in close quarters and are at an enhanced risk of catching coronavirus.”

Cohen is serving a three-year sentence at an Otisville, New York, federal prison after being convicted of tax and campaign finance crimes.

A lawyer for Michael Avenatti visited the celebrity attorney on Friday for five hours at the Metropolitan Correctional Center in lower Manhattan and said the jail was “completely unprepared” for the coronavirus outbreak.

There was no hand sanitizer at the facility, said Dean Steward, the attorney, and he wasn’t asked any perfunctory questions, such as whether he had traveled to any heavily impacted countries recently. Steward’s visit came just before the Bureau of Prisons announced the temporary ban on most attorney visits.

Avenatti’s lawyers filed a motion Wednesday asking for Avenatti to be released on bail because his 65-year-old cellmate had been recently removed from his cell after he came down with a fever and a cough.

“That’s a small indicator of a big problem,” Steward said. “I’m putting together a motion to get him out on bail based almost exclusively on the illness factor and how bad it’s going to be once a person gets it in there. A guard or somebody will get it; it will be a horror show.”

Steward said that Avenatti, who was imprisoned after his bail was revoked following his conviction on charges that he had attempted to extort more than $20 million from Nike, doesn’t have any symptoms. Avenatti is awaiting sentencing and two additional trials — another in New York and one in Los Angeles.

“He’s thinner than the last time I saw him,” Steward said. “Otherwise, the usual Avenatti fighting spirit is there.”

UDATE: This story is updated with new information from the Bureau of Prisons about their employees’ virus tests. 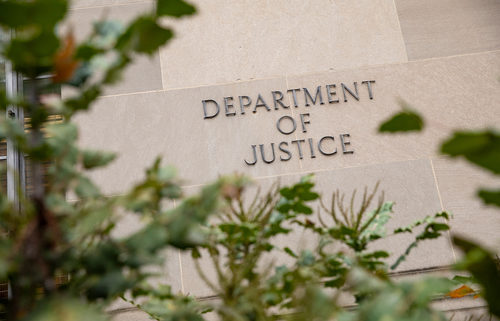 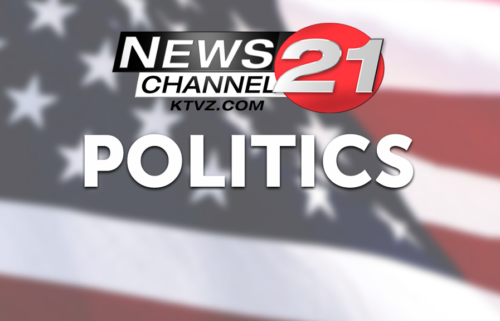