PORTLAND, Ore. (KTVZ) – Oregon State University scientists have produced a proof of concept for a new and better way of caring for women facing the life-threatening situation of ectopic pregnancy, which occurs when a fertilized egg implants somewhere other than the lining of the uterus.

Olena Taratula of the OSU College of Pharmacy and Leslie Myatt of Oregon Health & Science University led a team of researchers that used pregnant mice to develop a novel nanomedicine technique for diagnosing and ending ectopic pregnancies, which are non-viable and the leading cause of maternal death in the first trimester.

Findings were published in the journal Small.

The study is important because 2% of all pregnancies in the United States, and between 1% and 2% worldwide, are ectopic, the authors note. In the U.S. alone that translates to approximately 100,000 ectopic pregnancies annually.

About 98% of ectopic implantations happen in the fallopian tubes, putting women at risk of hemorrhage and death. Complicating matters are a high misdiagnosis frequency – ultrasound yields an incorrect diagnosis 40% of the time – combined with a 10% failure rate of the primary drug, methotrexate, used to end an ectopic pregnancy.

Roughly 70 women in the U.S. die each year from ectopic pregnancies, which are responsible for 10% of all pregnancy-related deaths. Women who survive often struggle with a range of issues resulting from diagnosis and treatment, Taratula said.

“Current strategies include attempted diagnosis with transvaginal ultrasound, treatment with methotrexate, and surgery if necessary,” she said. “The strategies are associated with the risk of tubal rupture, reduced fertility and increased risk of another ectopic pregnancy – a woman who has had one ectopic pregnancy is 10% more likely to have a second one.”

And even when methotrexate – a drug that ends ectopic pregnancy by causing embryonic cells to stop dividing – is effective, it comes with a range of potential side effects, Taratula said: nausea, vomiting, diarrhea, elevated liver enzymes, kidney damage and lung disease.

To meet the challenges associated with diagnosing and treating ectopic pregnancies, Olena Taratula and Oleh Taratula of the OSU College of Pharmacy, as well as Myatt and Maureen Baldwin of OHSU, spearheaded a collaboration that developed a new type of light-sensitive nanoparticle. Nanoparticles are tiny pieces of matter, as small as one-billionth of a meter.

Administered intravenously, the new nanoparticles accumulate in the placenta, which nourishes and maintains the fetus through the umbilical cord. In a healthy pregnancy, the placenta forms inside the uterus, and in an ectopic pregnancy, it does not.

“Effective detection of the growing placenta would drastically improve the accurate and timely identification of ectopic pregnancy,” Olena Taratula said.

Once the nanoparticles are concentrated in the placenta, the organ can be seen through fluorescent and photoacoustic imaging, and it quickly becomes clear whether the placenta is where it’s supposed to be. If it is, the patient would know she did not have an ectopic pregnancy, and the embryo is unaffected by the particles as they do not cross the placental barrier.

If the placenta is in a fallopian tube or other incorrect location, the pregnancy could be ended by exposure to near-infrared light, which causes the nanoparticles to rise in temperature above 43 degrees Celsius and irreparably disrupt placental function via heat.

“Our main goal in this study was to evaluate our nanoparticle’s ability to identify and visualize the developing placenta and demonstrate its photothermal capabilities,” Taratula said. “Our experimental results are promising, and the next step is to validate it in other animal models to further advance the application of this technology.” 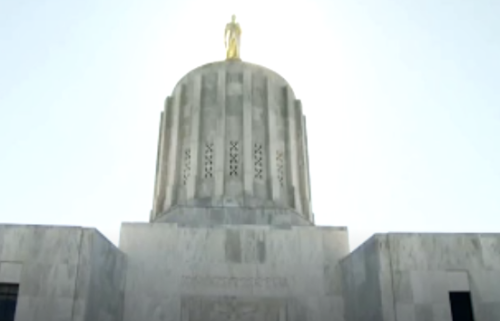 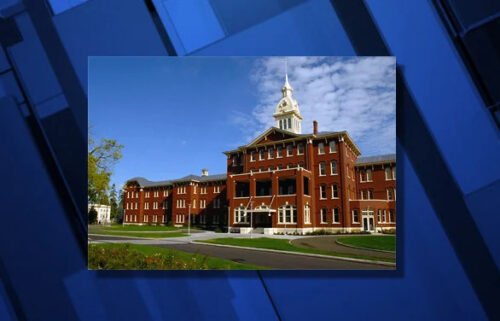