(Update: Power restored before 2 p.m.; bird was the cause; adding video with merchants’ comments)

A bird flew into Pacific Power’s downtown Bend substation late Monday morning and sparked a 2 1/2-hour power outage that affected more than 5,200 customers downtown and on the Westside of the city, officials said.

Pacific Power spokesman Tom Gauntt said typically what happens is that a bird will touch two wires and complete a circuit. Nearby office workers reported a loud boom around 11:15 a.m. and the lights went out. The type of bird, which did not survive the encounter, could not be identified, he added.

Birds are responsible for nearly a quarter of power outages in the U.S., according to a 2015 report from an online publication, T&D World.

Indeed, a squirrel met an untimely demise at the same substation by Mirror Pond in June of 2014, resulting in a power outage over a broad swath of the city for nearly two hours.

Monday’s sincident occurred around 11:20 a.m. and shook a nearby law office with a boom that could be heard for some distance.

Pacific Power crews responded to the scene to determine what happened and make repairs.

The utility reported on its Oregon outage page that 5,230 customers in the downtown area had lost power. They said the initial cause was a “loss of supply” and that they expected to restore power to the area before 2:30 p.m., according to early estimates. 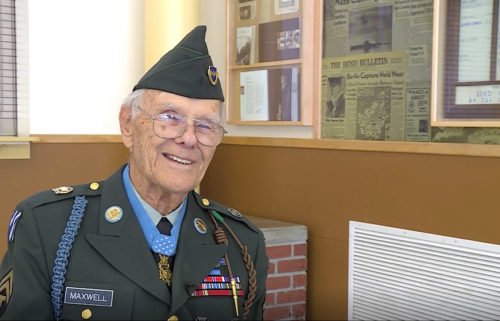