"He was the father of my playmate, so he was the dad the told me to 'quit running through the house,'" Frederick said Monday.

He said Dr. King was an influence on him growing up, and he was an active member of the civil rights movement.

He laid out some of the historical disparities among Black Oregonians.

"When you look around Bend, I would encourage you to take a look at a couple of the older land covenants, and you will probably find that the land covenants say that (if you are) non-white, you can not own land in certain sections of Bend," Frederick said.

Frederick explained that there are two bills addressing the issue.

The latter bill states: "The Department of Revenue shall establish a program to pay reparations to Black Oregonians who can demonstrate heritage in slavery and who submit an application to the department no later than December 31, 2022.

"The department shall pay to each eligible applicant the amount of $123,000 in the form of an annuity payable annually for the life of the applicant," it says.

Frederick's chief of staff, Nathan Soltz, clarified that the amount listed is a total of $123,000, paid in annual annuity installments. Though it's all open to negotiation, the legislation "provides for annual lifetime payments from an annuity with a principal of $123,000," he said.

But Frederick said the details are not set in stone.

"Part of governing, part of being in a situation like this is that you bring up issues, then you discover how you could resolve those issues," he said.

"Our country has supported reparations for almost everything --s except for slavery," Waites said.

He's also doubtful many will qualify.

Waites said he does want to see reparations, but outlined a somewhat different idea.

"A small financial kickback," he said. "But more importantly, I want the government to give us reparations that allows generational wealth to happen. So let's do something like something that gives us leniency for purchasing a home."

He also would like to see more help with education for minorities. 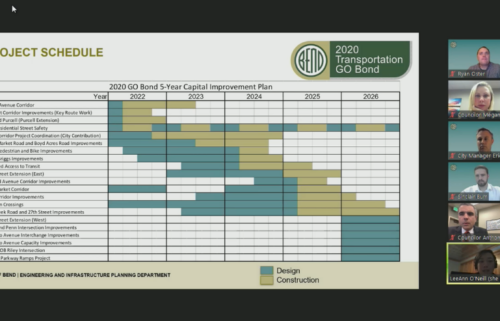