MANTECA, California (KOVR) — A San Joaquin County man is credited with saving his friend’s life from hundreds of miles away. A small black ham radio travels with Bill Scott everywhere.

“On Saturdays, I’ll hear check-ins from just about every part of the world,” he explained.

Scott spends hours on the radio every day. He takes it on walks, vacations and even social gatherings. Over his 40 years of being an amateur radio operator, he has communicated with people everywhere from South Africa to the Space Station.

The radio frequencies also connected him to friends around the United States. This past June, he received a phone call and recognized the voice on the other end.

“It was all kind of skewed and everything. I thought it was a prank call at first and so then after we finally established, he said ‘You are an amateur radio operator,’ and I said ‘Yeah’, then it all started coming together,” explained Scott.

His ham radio friend, Skip Kritcher, 500 miles away in Myrtle Point, Oregon dialed Bill’s number by mistake. Scott said Kritcher was on the floor and in need of help.

“I couldn’t see the numbers too good on the cell phone and I wound up pushing the button and calling Bill,” explained Kritcher.

Scott’s wife Sharon, a retired nurse of nearly 60 years, quickly realized Kritcher was having a stroke.

“The speech that he had was slurred and my husband couldn’t seem to keep him on task, he was skipping all over and confused,” she explained.

“I was nervous because I didn’t want to lose my friend,” said Scott.

The line dropped, and that’s when the Scotts called 9-1-1. The couple had been to Kritcher’s house before and knew where to direct first responders to his house. A family member of Kritcher told the Scotts their quick actions saved his life.

“She said that the EMT told her that he would’ve died within a couple of hours,” explained Sharon Scott.

A lifesaving emergency was saved by long-distance friendship.

“Just a miracle that he called the wrong number and he got us and we were able to do something to help him,” said Sharon Scott.

Kritcher still has impaired vision and is recovering from his stroke. Both he and Scott continue to communicate through their ham radios when they can. 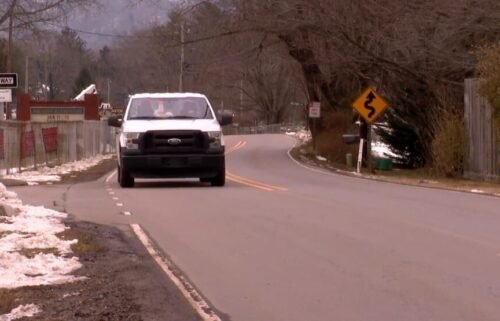