PALM BEACH COUNTY, Florida (WPBF) — “Native Americans have a way of honoring life and honoring the things that provide us life that are natural in this world,” said Amber Saunders from the Tuscarora Tribe of North Carolina.

Every dance is an expression, a language in itself and the regalia they wear is a personal story.

Juanita Zermeno, of the Lipan Apache Tribe of Texas, said, “It’s not a costume. A costume is something you wear when you’re pretending. We’re not. This is us.”

The drums you often hear in their songs represent a heartbeat.

“The heartbeat is the first thing that you hear in your mother’s womb,” Saunders said.

There are more than 500 tribes in the United States.

“We want people to know we are very much a thriving people and we practice our customs and our traditions, and we still have ways that we celebrate our culture and teach to younger generations and the public,” Saunders said.

Juanita Zermeno met her husband, Thomas Zermeno, in Texas. He is a Vietnam veteran.

As Thomas Zermeno laughed and smiled, he said, “It’s one of those things. You just click, that’s the one.”

“Here we are 50 years later. So, we did something right!” Juanita Zermeno said.

The couple encourages people to look into their heritage.

“We’re trying to get our grandkids to do the same thing. We want to let them know who their grandparents are,” Thomas Zermeno said.

“I like to think we’re productive citizens of a land that we love and we have fought for, from the very beginning,” Juanita Zermeno said. 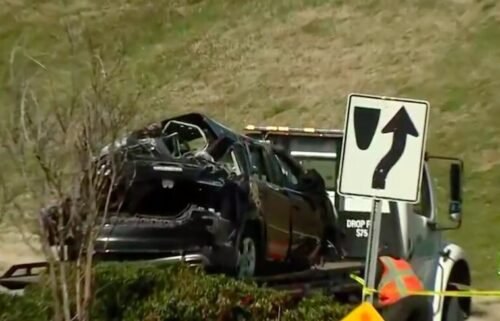