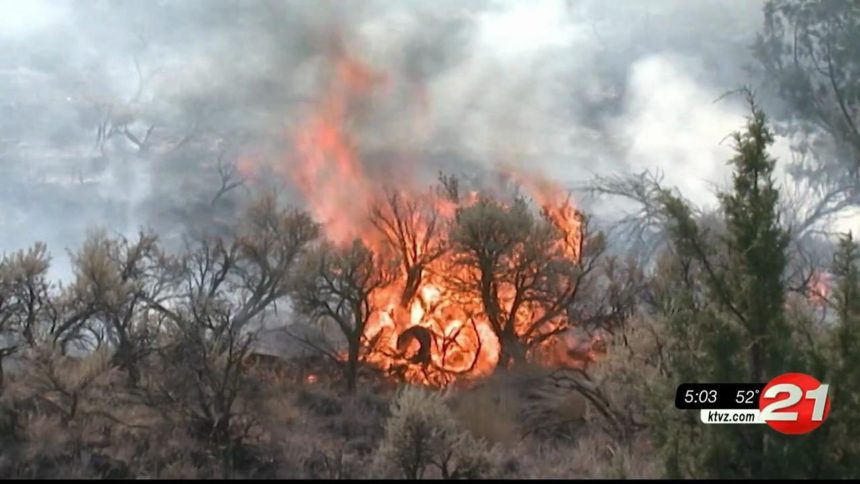 BEND, Ore. (KTVZ )-- Just a few weeks into summer, Central Oregon has already seen a more aggressive fire season than in some past years. The U.S. Forest Service is encouraging you to help self-police campgrounds, to prevent the potential spread of human-caused fires.

Central Oregon Fire Public Information Officer Kassidy Kern said the cause of the wildfire that broke out on Sunday afternoon near Paulina Lake Road in the La Pine area is still under investigation. The fire burned nearly 50 acres before crews were able to get a line around it.

During the Fourth of July weekend, Kern said firefighters were called out to several small fires across Central Oregon.

"We already picking up a lot of abandoned and escaped campfires," Kern said Monday. "As a reminder, campfires are only allowed in designated campgrounds for this purpose. We want them in a fire ring, which contains them (and) which keeps our firefighters from doing what they did a lot this weekend, of being dispatched to put out various small fires."

Kern said the Paulina Lake fire is being considered a Type 4 incident.

"The level of complexity was not a high as it could be," Kern said. "We were able to use local firefighters who know this area, who live in this area, who take a reasonable level of precaution in place to go out and engage with this fire."

The Forest Service has both human and automated lookouts to monitor the heavily occupied areas used for campgrounds. Aerial lookouts and air tankers were able to spot and control the Paulina Lake Fire.

"We're hoping that before people go out, they know what the restrictions are in the dispersed camping areas, Kern said. "Look it up on our website, or call our fire information line - we're always willing to educate people."

Tune in to NewsChannel 21 for more on this story on at 4 p.m on Fox.