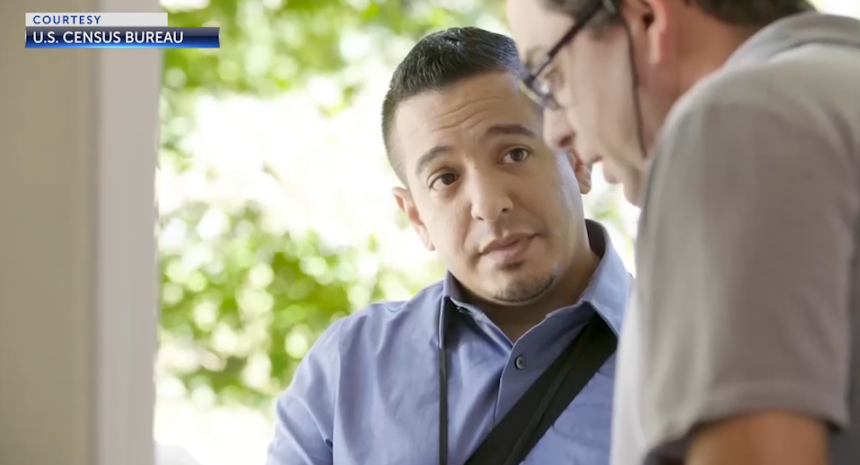 'If someone is truly threatened and if someone points a gun at them, absolutely get the heck out of there'

PRINEVILLE, Ore. (KTVZ )-- Imagine knocking on the door of a home and being met with a gun. The family of one census worker says he's had that experience more than once in rural parts of Central Oregon.

Census workers are knocking on doors of homes around the country in an effort to get the count from households that have not completed the 2020 census.

Crook County Undersheriff James Savage told NewsChannel 21 Tuesday it was reported a couple of days ago that a census worker drove past a no trespassing sign and knocked on the door.

Savage said the homeowner wasn't too happy about it, and did have a gun on them, but did not point it at the census worker.

The undersheriff said that for the safety of the census workers and homeowners, trespassing signs should not be disregarded.

"If someone is truly threatened, and if someone points a gun at them, absolutely get the heck out of there," Savage said. "Get to safety or call us."

"If a person calls us and just has a gun on their hip, and is not threatened, I would recommend they still back out and leave," he added.

Savage recommends that census workers leave a business card, have the proper identification and wear something that clearly identifies them to a homeowner.

Misty Slater, media specialist for the U.S. Census Bureau, told NewsChannel 21, "The Census Bureau is allowed to disregard trespassing signs, because we are by law required to give everyone the opportunity to respond to the census, since it is a count mandated by the Constitution."

In a released statement, the U.S. Census Bureau said:

"The safety of our census takers is a top priority for the U.S. Census Bureau. Our field employees are trained to immediately leave a residence if they feel their safety is being threatened. We work with local law enforcement to inform the public that census takers are in the area. If a census taker visits your home, please cooperate with them. The public's responses to the 2020 Census are required by law, determine how billions of dollars in federal funds each year are distributed to state and local communities, and determine representation in the House of Representatives."