The National Inventors Hall of Fame lineup is full of familiar faces: Thomas Edison, Alexander Graham Bell, the Wright brothers and Eli Whitney, along with many other mostly White men.

Joining them in the next class of inductees are two Black women inventors who changed the way we work and see.

Marian Croak and the late Dr. Patricia Bath will be inducted into the National Inventors Hall of Fame, alongside the inventors of the sports bra, ibuprofen and the Super Soaker toy. They’re the first two Black women to earn a spot in the Hall of Fame.

Croak, now a vice president at Google, developed Voice over Internet Protocol, the technology that’s made working from home possible for many. And Bath created the Laserphaco Probe, a device used during surgery to easily remove cataracts.

Their induction is “bittersweet,” said Erika Jefferson, the founder of the organization Black Women in Science and Engineering (BWISE). While both women made incredible strides in the male-dominated field of STEM, Bath isn’t alive to receive the honor. And that it took the National Inventors Hall of Fame nearly 50 years to induct a Black woman evinces a lingering problem when it comes to recruiting and promoting Black women in STEM, she said.

“There are thousands of Patricia Baths and Marian Croaks that have blazed trails but have not been ‘discovered’ yet,” Jefferson said. “It’s not enough to see these two phenomenal women get this award. There have to be advocacy systems in place to ensure they get the recognition and support that they deserve.”

Croak and Bath made history in STEM

Of the Hall of Fame’s 610 inductees, 48 of them are women and 30 of them are Black. There are even fewer Asian and Latino inventors — 19 and five, respectively, according to Rini Paiva, executive vice president for selection and recognition at the National Inventors Hall of Fame.

“We recognize we need more diversity among our inductees,” Paiva said. “But we are committed to taking steps to ensure we consistently honor Black inventors.”

Paiva recognized that women represented around 12% of all US patent holders in 2019 (inductees must hold patents). Black, Asian, Hispanic and Indigenous inventors make up a combined 8% of patent holders, according to a 2016 study from the Information Technology and Innovation Foundation.

Croak, meanwhile, holds more than 200 patents. She now leads Google’s Research Center for Responsible AI and Human Centered Technology, but when she was an engineer at AT&T in the 1990s, she pioneered VoIP — that is, the tech that allows users to make calls over the internet instead of a phone line. Today, that technology supports video chats and other online communications that have become especially pivotal for those working from home during the pandemic.

Bath was the first Black woman doctor to receive a patent. She was also the first woman faculty member of the ophthalmology department at UCLA, the first woman chair of an ophthalmology residency program and one of the first researchers to discover that glaucoma disproportionately affected Black patients. She didn’t conceive the Laserphaco Probe — the device that performed every step of cataract removal, simplifying the surgery — until 1981, after she’d crossed off most of those other firsts, and the patent was awarded in 1988.

Croak told Google earlier this month that her induction was “humbling” and that she was proud to be one of the first two Black women inductees.

“I find that it inspires people when they see someone who looks like themselves on some dimension, and I’m proud to offer that type of representation,” she said.

Bath may have been nominated over 11 times

Jefferson said that Bath had been nominated for the Hall of Fame 11 times before her death in 2019. Bath’s daughter, Dr. Eraka Bath, estimates she may have been nominated many more times than that.

“I’d say the obfuscation of her achievement is part of a larger narrative,” said Eraka Bath, an associate professor in child and adolescent psychiatry at the UCLA Neuropsychiatric Institute.

Bath said her mother often referenced the intersectional barriers she faced — she was a woman in STEM, and one of the few Black women in her field of ophthalmology. Racism and sexism followed her from her residency days in Manhattan to her tenure at UCLA, where she was appointed to its honorary medical staff after retirement. So seeing Patricia Bath finally get her national due “is a win for girls” interested in science and engineering, she said.

Patricia Bath dedicated much of her life to supporting Black patients and fellow physicians. As an intern at Harlem Hospital, she noticed the poor quality of eye care Black patients were receiving, so she convinced her professors at Columbia University to perform free eye surgeries in Harlem, Eraka Bath said. It was one of the first examples of “community ophthalmology” in practice, a type of eye care that prioritizes underserved patients.

“She was always anchored in the community, always giving back, always trying to push the envelope,” Eraka Bath said.

Apart from its commitment to inducting more Black inventors, the National Inventors Hall of Fame said it campaigns throughout the year to provide children and women of color in STEM opportunities and encourage invention.

For the Black women already working in STEM who feel they’ve been overlooked or discriminated against, Jefferson created Black Women in Science and Engineering. Members share opportunities for advancement and mentorships they may not find elsewhere.

“Developing an interest in engineering and science is the easy part,” Jefferson said. “Getting a job and staying in these fields is far harder for Black women.”

As vice chair for UCLA Psychiatry’s Office of Justice, Equity, Diversity and Inclusion, Eraka Bath picks up where her mother left off, supporting women and people of color in career advancement. The concept of “inclusive excellence” was important to Patricia Bath, too, she said.

Though she’s not alive to see herself inducted, Bath would’ve been “most excited” about her inclusion in the National Inventors Hall of Fame, her daughter said, noting that of her mother’s “greatest hits,” a spot in the HOF would be the “gold record.” 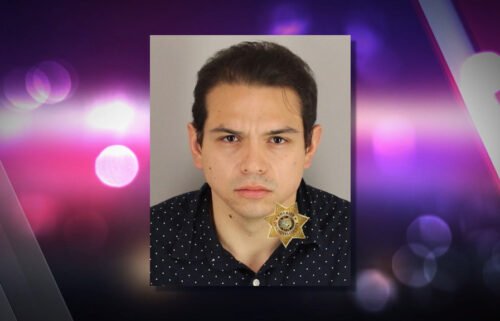