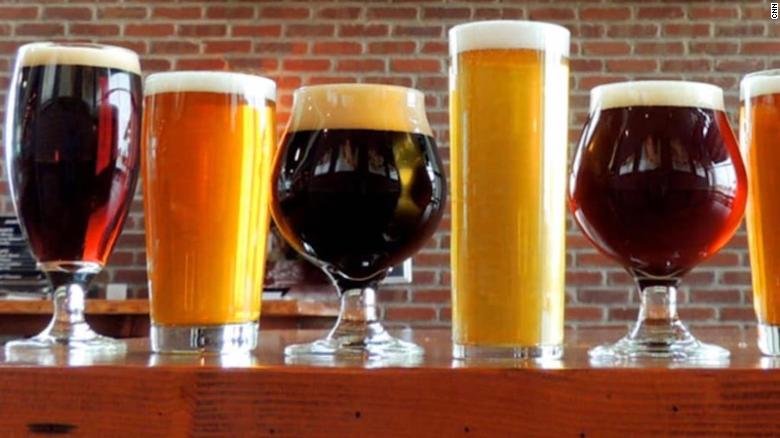 Oregonians will be able to hoist a glass at their neighborhood watering holes under Gov. Kate Brown’s draft plan released on Thursday for the state’s first phase of reopening.

That puts this Pacific Northwest state, which is among two dozen states that have thus far resisted President Donald Trump’s entreaties to reopen now, in the position of going beyond his recommendations when it eventually decides to do so.

The “Opening Up America Again Guidelines” released by Trump on April 16 recommends that while restaurants open with strict distancing and sanitation protocols, bars remain closed.

“In reviewing the White House’s guidelines and developing Oregon’s reopening plan, we have been working with stakeholders to tailor our approach to fit Oregon’s situation and needs,” said Liz Merah, a spokeswoman for the governor.

No date has been announced for Phase 1 to begin. Brown first wants evidence Oregon has turned the corner on the pandemic.

The financial impact of the shutdown on the state’s wineries, which feature top-notch pinot noir, has been “immense,” said Greg Jones, a wine expert and director of the Evenstad Center for Wine Education at Linfield College in McMinnville, Oregon.

“Not having restaurants and other off-premise outlets open shuts down a lot of wine sales. Also, Oregon wineries are known for personal connections and winery visits, and without being open to foster those connections and visits makes it hard to keep sales going,” Jones said.

Oregon wineries that were surveyed lost an average of $44,000 in March, and as much as $700,000 for one winery, the industry group WineAmerica said.

Breweries in Oregon, including Deschutes Brewery of Bend, have laid off thousands of workers.

Under the Oregon draft plan, restaurants and watering holes will be allowed a maximum occupancy of 50% of normal capacity if social distancing can be maintained. Employees and customers would be strongly encouraged to wear face masks, though customers would not need to wear them at a table.

Businesses that plan to require wearing masks should consult with their attorneys to determine whether that can be enforced, the guidelines say.

Merah said the Phase 1 guidelines “will keep employees and patrons safe from COVID-19 as we work to gradually and safely reopen Oregon.”

For most people, the coronavirus causes mild or moderate symptoms, such as fever and cough that clear up in two to three weeks. For some, especially older adults and people with existing health problems, it can cause more severe illness, including pneumonia and death.