A bipartisan group of senators has introduced legislation aimed at improving the Afghan special immigrant visa (SIV) program amid a growing push from lawmakers, veterans and advocates to ensure that Afghan interpreters and others who helped the United States are protected once US troops fully withdraw from Afghanistan.

The bill introduced Thursday by Sens. Jeanne Shaheen, Dick Durbin, Joni Ernst, and Roger Wicker would expand the number of authorized visas by 20,000 and revise some of the eligibility requirements for the program.

Shaheen, a New Hampshire Democrat, noted that the SIV program is in need of “serious improvements” in order to “uphold the integrity and improve (its) efficiency.”

“Increasing the number of authorized visas and removing cumbersome requirements that leave folks in limbo are essential to provide for those who’ve worked alongside our troops,” she said.

US Central Command said this week that the withdrawal of US troops and military equipment from Afghanistan is “greater than 50%” complete. Wicker, a Mississippi Republican, noted in a statement that “Afghan citizens who have supported the US are more at risk than ever from the Taliban and other violent individuals who may seek retribution” as the US withdraws from the country.

“This legislation would make important updates to the Afghan Special Immigrant Visa program to help more vulnerable aides and their families escape before it is too late,” he said. “The US owes these courageous men and women a debt of gratitude — we cannot leave them behind.”

“We must fulfill our commitment to those who put themselves in harms’ way by ensuring that this program has the capacity to fully process and help bring these individuals to safety, and that’s what I’m working with Democrats and Republicans to do,” Ernst, an Iowa Republican, said.

The new legislation proposes lowering the eligibility requirement for applicants from two years to one year of service and postponing the medical evaluation requirement until the applicant and their family members are in the United States. It would also remove the need for applicants to obtain a sworn statement testifying to the threat they face and would also remove the requirement that those who were employed by the International Security Assistance Force and Resolute Support performed “sensitive and trusted” activities.

The legislation would also extend special immigrant status to certain spouses and children of applicants who have been murdered.

“In acknowledgment of the threats they face in aiding the US, we must extend and expand the Afghan Special Immigrant Visa Program in order to ensure their safety and the safety of their families,” said Durbin, an Illinois Democrat.

A Senate aide told CNN that the Biden administration is aware of the bill. It’s hoped that if passed, the administration would implement the changes to the SIV program immediately.

The lawmakers are pushing for a markup as soon as possible, and are looking at putting parts of the bill in other pieces of legislation that are moving through the Congress, such as the NDAA, the aide said. They are aware that the legislation may not be passed prior to the US withdrawal.

With the rapid pace of withdrawal, the Biden administration is facing growing pressure to take concrete steps to ensure the safety of the Afghans who helped the US in its nearly two decades of military involvement in Afghanistan.

State Department spokesperson Ned Price said last week that the department had increased staff in Washington to process Afghan SIV applications and has “approved a temporary increase in consular staffing in our embassy in Kabul to conduct interviews and to process visa applications.” However, the US Embassy in Kabul announced Friday it is suspending all visa operations effective Sunday due to a Covid outbreak in Afghanistan. Principal Deputy Spokesperson Jalina Porter said Friday that applications at the “Chief of Mission” stage would continue to be processed in Washington, DC.

In response to the suspension of visa operations, Rep. Michael McCaul, the top Republican on the House Foreign Affairs Committee, called on the administration to look into the possibility of humanitarian parole, which “is used to bring someone who is otherwise inadmissible into the United States for a temporary period of time due to an emergency,” according to US Citizen and Immigration Services.

Matt Zeller, a US veteran who served in Afghanistan and a fellow at the Truman Center for National Security, said there is an immense amount of fear on the ground among those who helped the US that once foreign forces leave the country, they will be targeted and killed by the Taliban. Zeller told CNN that he also worries the administration thinks it has more time to figure out a solution than it does.

“My fear is that they don’t get how little time we have left, they think they have way more time and they think that the SIV program is sufficient to get this done,” he said.

Bipartisan calls for an evacuation

Last week, a bipartisan group of House lawmakers from the Honoring Our Promises Working Group called on President Joe Biden to undertake an immediate evacuation.

The Senate aide told CNN that while the new legislation does not deal with the possibility of an evacuation, it could be used in conjunction with one.

The House lawmakers in their letter last week called on the administration to “establish a President’s Interagency Task Force responsible for the visa management and evacuation of our Afghan allies before our withdrawal from the country,” and suggested it specifically look at Guam as a potential evacuation site.

Camille Mackler, an immigration lawyer and Senior Visiting Fellow on Immigration at the Truman Center for National Security, told CNN that “evacuation is the only possibility at this point given the timeframe.” She noted that evacuation to a US-held territory is the best option.

“If we wanted to wait for everyone to go through the visa process, even with sort of a surge of resources into the processing of the visas, given everything else that is going on and the way that the immigration system works, we’d be talking about months if not years to get through the backlog,” she said. 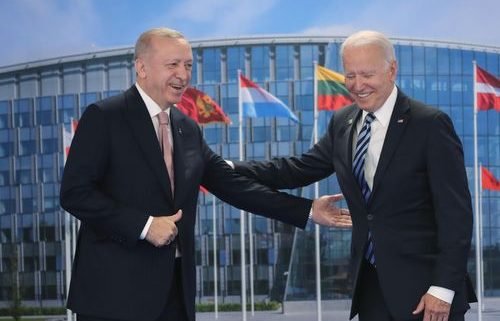 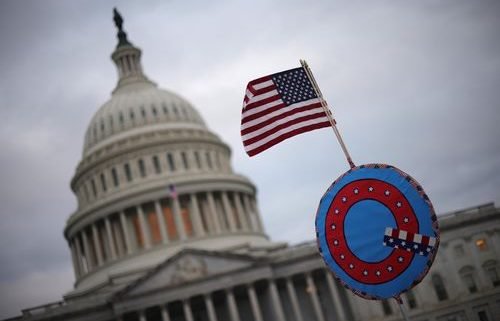