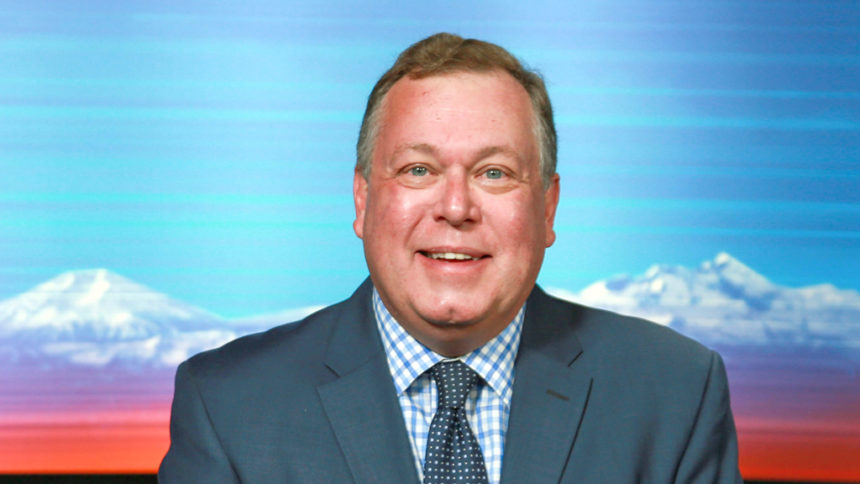 Since the very last day of 1996, I've called Central Oregon my home. When I first came to the station on O.B. Riley Road, I was the morning news Anchor and Producer. That was December 31, 1996. I did that for a couple of years until becoming News Director on June 1st, 1999.

The role of News Director was expanded for a time as I served as News Director, 5 and 6pm Anchor, and 6pm producer all at the same time. I left the ND's office for a period of two years, focusing on anchoring the evening newscasts, but was asked to return in September of 2009.

The road leading me to this point of my life was certainly a long one, but I wouldn't say very twisty. I knew at Indiana State University I wanted to be in the communications (TV) industry, and worked hard in school to make that happen.

Twice I was honored to be awarded the Cork McHargue Memorial Broadcasting Scholarship for a local student studying Radio, TV and Film, and for two years I was a member of Alpha Epsilon Rho (the national honorary broadcasting fraternity), having served as the ISU chapter's Vice President during my Senior year. A Summer Internship at WFLA (WXFL back in those days) in Tampa, Florida was also a highlight of those wacky college years.

After being graduated from Indiana State it was on to WTWO, the NBC affiliate in Terre Haute, Indiana. It seems like ages ago...but I spent 9 fun years at that station, beginning as Weekend Sports Anchor on October 1, 1987. From then it was Weekend ("One Man Band"...first one at TV-2) Reporter, Weekend Anchor/Producer and then Anchor and producer of "NewsChannel 2 at Sunrise" !!!!

I'm proud of the journalism I've done over the years, and I'm certainly proud of the work we've done with "21 Cares for Kids." I've been a member of the advisory board of Big Brothers Big Sisters of Central Oregon for more than six years now, and I've been on the board of its parent organization, J Bar J Youth Services, going on year No. 2. We're making a difference in the lives of children in our community, and I'm happy to be an (albeit small) part of it.

The news we report on daily has certainly changed since I first drove west into Bend on Highway 20 News Year's Eve 1996. So has the amount of news. But our commitment to covering it has never wavered!

I'm happy to have had a hand in it for 20 years, and my dog Zizou and I are happy to call Central Oregon home.

Lee Anderson is an anchor and producer for NewsChannel 21. Learn more about Lee here.