A Black man alleges his bosses at an Ontario sheet metal company failed to protect him from racist death threats, including a noose drawn on his locker in March and another threat written in the bathroom in May.

“This is unacceptable behavior within the work environment,” long-term employee Agim Williams told CTVNews.ca in a video interview. Williams said he never felt that anti-Black racist threats were taken seriously by his bosses at VAC Developments Ltd. in Oakville, Ont. The company never returned any of CTVNews.ca’s phone calls nor emails.

Despite Williams repeatedly asking his managers to call the police, they did so nearly a week after the latest graffiti had been removed.

And, a month after police began investigating, Williams was among a group of several employees laid off. “What they did just compounded my feelings … and stress levels,” he said.

A study from Health Science Association found employees’ fear of reprisal stopped them from reporting racism at work. And Williams feels the layoff was retaliation for involving the police.

The spokesperson for Halton Regional Police Service confirmed there’s an active investigation into the “racist and threatening messages” but that no arrests have been made. “I can also confirm for you that the workplace is cooperating with police in the investigation,” Const. Steve Elms told CTVNews.ca in an email. “Any type of hate crime will not be tolerated.”

However, Williams doubts the truth will come out because both written threats are now months old, and there was no security cameras that could have captured what happened.

Since 1979, VAC Developments Ltd.’s has been a sheet metal supplier for Canadian and U.S. aerospace or defence companies, such as Boeing, Bombardier, Spirit Aerosystem and Raytheon Canada Ltd.

WILLIAMS: I HAD ‘FAITH AND RESPECT IN THE COMPANY’ Williams was a sheet metal mechanic and machinist there for three-and-a-half years and said, among his direct superiors, he was known to be a hard worker who finished his work on time.

Although he enjoyed working there, he was one of only a few Black employees. He said he occasionally heard racist comments or had machines left in unsafe positions — but he chose not to dwell on it.

“I’m just a put-my-head-down-and-work guy. I just rather get on with it.”

However, what was harder to ignore was being blatantly threatened at work.

On March 11, Williams was taken aback when he saw a noose had been drawn on his locker. He snapped a picture, which CTVNews.ca has seen, and reported it to the company’s human resources department. A janitor was quickly tasked with removing the graffiti.

But to his dismay, police were not called and he said there was no internal company investigation. “I had the faith and respect in the company that they would have handled it how it ought to be handled. And unfortunately that didn’t happen,” Williams said.

Instead, physical letters were sent to employees warning that racism “will not be tolerated,” a copy of which was shown to CTVNews.ca. And the letter stated a marker had been used to “vandalize an employee’s locker this morning with a racist drawing.”

Williams briefly considered going to police himself but feared losing his job “because that would then be seen as me going behind the company’s back.”

“I was hoping that that would have been the last of it,” he said.

‘I WAS LIVID’ But several months later, Williams was allegedly targeted again. On Wednesday, May 12, the racist messages “Kill William the Ape” and “F–k BLM” were written on the bathroom stalls.

According to Williams, the employee who uncovered it reported it, and the human resources manager and two other bosses allegedly told them not to tell Williams. They wouldn’t tell Williams directly for two hours.

During that time, cleaning staff once again removed the graffiti but photos of it quickly began circulating among the other employees.

One of his colleagues was even in tears describing the graffiti they had seen before it was removed. Others began coming up to him asking how he was feeling. Others only whispered or stared at him.

“At this point, I’m completely livid because everyone keeps coming to me and I don’t know what’s going on,” he said. Williams was in a daze when the human resources manager, a customer service representative manager and a production manager all met with him and attempted to comfort him.

“They were talking and I wasn’t even listening to that because at this point, there’s not much [they] can say that will make me feel better,” he said, noting he left work early and was given the rest of the week off. ‘I DO NOT FEEL SAFE AT WORK’ When police weren’t called during that time, Williams demanded to know why. He emailed the human resources manager that “given these two very serious incidents, I do not feel safe at work.”

When police began investigating the incidents the following week, Williams felt vindicated after he said one of the detectives told him “the company should have reported the first one because it’s viable grounds for an investigation.”

But even that was cold comfort when he and several other employees were laid off several weeks ago.

“It was a devastating feeling at that point. I was so upset,” he said, believing the move was at least partially related to him getting police involved.

Williams said what happened to him explains why many Black employees don’t end up taking complaints to their bosses. In a survey conducted last year by the Health Science Association, three out of four respondents didn’t seek help dealing with racism because of a fear of retaliation.

Last year, a mental health survey found 62 per cent of Black Canadians said racial discrimination was a problem in their workforce — a finding echoed by another survey in May which found 96 per cent of Black employees felt racism was an issue at their workplace.

And an online survey released this week found nearly 80 per cent of Black Canadians said racism has damaged their relationship with their employer.

Williams said he absolutely won’t go back to VAC Developments Ltd. because he feels his former bosses aren’t interested in protecting him.

For now, Williams awaits the results of the investigation and remains concerned for the remaining employees of colour there.

“If it’s not called out now, these acts will forever be perpetuated right through the younger generation coming up.” 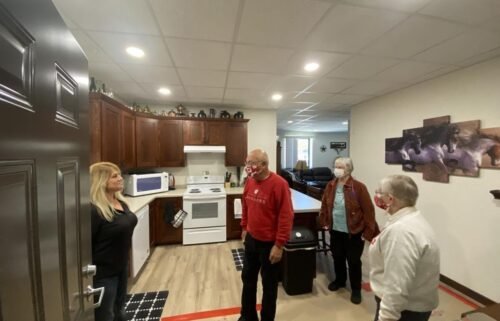 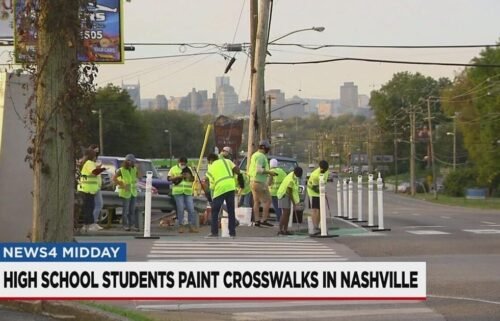 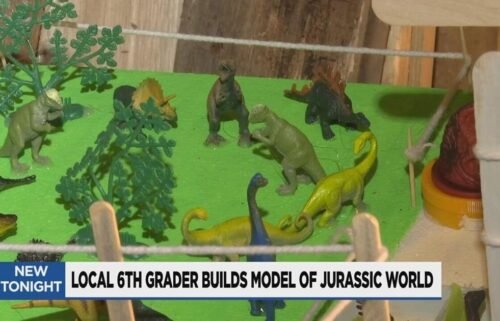