SPRINGFIELD, Massachusetts (WGGB, WSHM-LD) — Springfield community and faith leaders gathered Saturday to call for the dismissal of Police Commissioner Cheryl Clapprood and to address what they call systemic racism in the city.

Hundreds of demonstrators met at Adams Park and marched down to Wesley United Methodist Church on State Street. They said they want to ask the mayor if he believes systemic racism exists in the city.

“Things will not get better in the city of Springfield until we have new leadership,” said Charles Stokes, a community organizer.

Springfield community leaders gathered on Saturday, to call for Police Commissioner Cheryl Clapprood to be dismissed.

“Everybody seems to be okay with African American suffering and we’re saying enough is enough,” said Stokes.

Stokes told Western Mass News that the Senior Action Council went to the Mayor to share their experience and he wasn’t as receptive as they hoped.

“You have a Mayor, a Commissioner who told our elders that their lived experience is false…If Cheryl Clapprood and Mayor Sarno don’t believe that systemic racism exists, how can you fix something if you believe it doesn’t exist?” he said.

“When the leaders can’t even embrace the sharing of person’s experience that is real and traumatic to them, for them to dismiss it and give the impression that they don’t think it exists, it puts up a wall,” said Emurriel Holloway, a demonstrator.

Holloway and Tracy Carpenter said they believe Commissioner Clapprood is not the right person to help revision police work in the city. They’re pushing for open communication with leadership.

“This is a culture of policing that they’re trying to address. which means that we understand that it’s deeply rooted and it’s not going to be a simple remedy but it really is going to require good listening to the community and we feel like that’s where we want to start. that’s where this has to start,” said Carpenter, a demonstrator.

The calls come after the group says a Department of Justice Investigation into the city’s police department found excessive use of force by the Springfield officers. Other, separate, allegations were also made about assaults on students of color by police officers inside the city’s public schools.

“Unless we as Black people here in Springfield speak up for ourselves, unite and come together, we should not expect anybody to do for us when we are afraid because of political pressure and relationships to speak out,” said Stokes.

Western Mass News spoke to Commissioner Clapprood in June regarding the growing calls for her to step down. At that time, she said she does not plan to leave as long as the mayor wants her there, saying she will continue to work on police reform.

“We welcome efforts nationally and here in Massachusetts to improve the profession of policing and I pledge an open door policy and promise an open and honest dialogue with anyone who shares these goals in earnest,” said Cheryl Clapprood, Police Commissioner.

Western Mass News had reached out to both Commissioner Clapprood and Mayor Sarno multiple times for comment. We did not hear back in time for this broadcast. 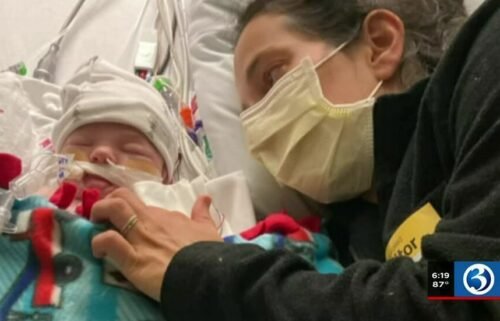