CORVALLIS, Ore. (KTVZ) – “Trees to Know in Oregon and Washington,” the most popular publication in the Oregon State University Extension Service catalog, celebrates 70 years with a new edition.

Author and Professor Emeritus Edward Jensen, who taught thousands of students about tree identification in his tenure from 1976 to 2014 in the OSU College of Forestry, added several rare species from southwestern Oregon. He also updated botanical names, included additional information on trees and forests of Washington and wrote a short section on how climate change might affect Northwest forests.

To celebrate the new edition’s publication, a launch party is scheduled for 6 to 7 p.m. on Tuesday, March 30. There is a limited number of seats to participate in the Zoom webinar, but anyone will be able to watch the livestream on YouTube.

There will be book giveaways and pop quizzes to test the audience’s knowledge of native trees. By the end of the event, the audience should be able to use tools to identify native conifers and broadleaf trees, as well as 50 non-native ornamental trees; recognize Northwest forest ecosystems and understand how the changing climate will impact them.

Jensen took over the book from the original author Charlie Ross in the 1990s, when it was still a stapled publication with black-and-white line drawings. This new edition, the third by Jensen, is in full color with most of the photos taken by the author.

The new 173-page edition describes more than 125 trees, each illustrated with several photos, as well as keys that winnow down the genus (plant group). Jensen provides written identification and tells stories about each tree. The stories are about medicinal plant use, Native American plant uses, history and plant characteristics.

“This is more than a tree ID book,” Jensen said. “The joy of it is that there’s enough information that allows people to ID trees and enough about natural history and ecology that can get them excited about learning about trees and the forest they comprise.”

Climate change was an important consideration for the book, Jensen said. With forestry Professor David Shaw’s help, he wrote a chapter about how Pacific Northwest forests are likely to adapt to a change in climate.

The book covers the geography of Oregon, Washington, much of British Columbia and the panhandle of Idaho. Jensen stopped at the California border but includes a few trees that are primarily Californian but cross into southern Oregon. Some of them are very rare, like the Hinds walnut that grows along several creeks near Medford and south into California.

Four cypress species in the are so rare in Oregon that some include only several specimens and some only entered botanical literature in Oregon around 1990. Most of them are common in California and Jensen assumed they were moving into Oregon because of climate change but discovered they are residuals from at least the Pleistocene era, which ended more than 11,000 years ago.

“They each tell an interesting story,” said Jensen, who worked on the new edition for a year. “A lot of them are at risk of climate change, wildfires and flooding.”

Additional ornamental trees were added to the new edition, which includes them because they are most often seen in urban and suburban areas where people live, while native trees comprise a relatively small number of trees in towns and cities. Many people recognize iconic big leaf maples and Doug-firs, but most new developments are planted with non-natives.

Jensen recommends the book because of its simplicity. While there are a number of books that describe trees of the Northwest, they either have shorter descriptions and less natural history or are complex and intimidating.

Outdoor enthusiasts, gardeners and people new to the Northwest will appreciate the easy-to-read style of the book, which is small enough to be carried on hikes around Oregon and Washington. Order a copy of “Trees to Know in Oregon and Washington” from the OSU Extension catalog. 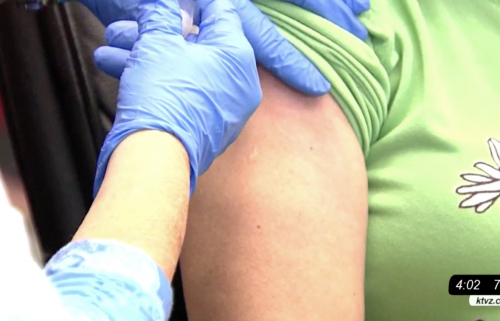