BEND, Ore. (KTVZ) — In the spring of 1983, a team of engineers at the Glen Canyon Dam in northern Arizona faced an unprecedented emergency when massive flooding hit the Colorado River. It threatened to trigger what would have been one of the most catastrophic dam failures in history. A small wooden boat named “The Emerald Mile” nonetheless launched at the head of the Grand Canyon, just miles downstream from the dam.

Acclaimed writer Kevin Fedarko, who told the tale in the New York Times bestseller The Emerald Mile: The Epic Story of the Fastest Ride in History Through the Heart of the Grand Canyon, will share his insights about the Grand Canyon at the High Desert Museum on Thursday, Sept. 30 as the keynote speaker for the 2021 Waterston Desert Writing Prize.

The Waterston Desert Writing Prize honors literary nonfiction that illustrates artistic excellence, sensitivity to place, and desert literacy with the desert as both subject and setting. In its inaugural year under the auspices of the Museum, the Prize events will span two evenings — on Wednesday, September 29 to honor the winner and finalists of this year’s Prize and on September 30 to hear from the keynote speaker.

This year, the Museum welcomes Elizabeth Woody (Navajo, Warm Springs, Wasco, Yakama) as the Prize’s guest judge. Woody, the executive director of the Museum at Warm Springs, is also a renowned poet, author, essayist and visual artist. She was named Oregon’s Poet Laureate in 2016, won the American Book Award in 1990 and the William Stafford Memorial Award for Poetry in 1995, and was a finalist for the Oregon Book Awards in 1995. Woody will read a poetry selection on the night of September 29.

“We are honored to have an amazing lineup for this year’s Waterston Desert Writing Prize,” said Museum Executive Director Dana Whitelaw, Ph.D. “Kevin Fedarko’s extensive research on and time spent in the Grand Canyon make for deep storytelling about this iconic desert place — all of which fits into the Prize’s aim to elevate desert landscapes through literary nonfiction. And Elizabeth Woody’s powerful words will undoubtedly inspire and spark discussion. We’re so pleased to welcome them both.”

Fedarko is best known for his travel narratives in Esquire, National Geographic Adventure and Outside, where he worked as a senior editor. He was a staff writer at Time from 1991 to 1997, where his work earned him an Overseas Press Club Award for his story on the assassination of Yitzhak Rabin. Fedarko earned a Master’s of philosophy in Russian history at Oxford in 1990 and currently lives in Flagstaff, Arizona.

Fedarko’s presentation will include insights from his upcoming second book about the Grand Canyon as well as imagery and video from acclaimed National Geographic photographer Pete McBride.

“Kevin Fedarko and Elizabeth Woody’s addition to the Waterston program will make for very exciting events at the High Desert Museum,” said Prize founder Ellen Waterston. “They both offer such unique literary perspectives on desert landscapes—deepening our understanding of what makes a desert and how humans exist within those ecosystems.”

This year’s winner of the Waterston Desert Writing Prize is Ceal Klingler (lookwhereyoulive.net) for “How We Live With Each Other.” Klingler’s submission addresses how animals, plants, and other organisms have created livable places with each other at the hard edges of heat, cold, dehydration, floods and fires at the westernmost overlap of the Mojave and Great Basin deserts. Tracing exchanges of air, shelter, pollination, nectar, microbiota, parasites, protein, and pest control, she asks how much we are a part of each other, how much depends on being a good neighbor, and how we can survive our collective futures together.

Klingler has degrees in linguistics, psychology and biology and was a National Science Foundation graduate fellow in biology. Her writing has appeared in Backpacker, High Country News, Orion and Natural History, and she received a special recognition grant for writing on water from the Ellen Meloy Fund for Desert Writers. As guest judge, Woody selected the 2021 Prize winner.

Finalists include Charles Hood (workman.com/authors/charles-hood) for “Deserts After Dark” and Joe Wilkins for “Desert Reckoning” (joewilkins.org).

Hood lives and teaches in the Mojave Desert. The author of 16 books, he has won awards for both poetry and prose. He has been a ski instructor, a factory worker, a bird guide in Africa, a Fulbright Scholar and an Artist-in-Residence with the National Science Foundation in Antarctica. He also has done work with the Center for Art + Environment in Reno, Nevada, PLAYA in Summer Lake and with the Center for Land Use Interpretation at their field station in Wendover, Utah. His next book will be a collection of essays, “A Salad Only the Devil Would Eat: The Joys of Ugly Nature” (Heyday Books), followed by a field guide to reptiles and amphibians of the American West (Timber Press, Portland).

Wilkins, who directs the creative program at Linfield University in Western Oregon, is the author of a novel, Fall Back Down When I Die, which won the 2020 High Plains Book Award. Wilkins’s memoir,The Mountain and the Fathers, was a finalist for the Orion Book Award and won the GLCA Emerging Writers Award. He is also the author of four poetry collections, most recently Thieve, a finalist for the Oregon Book Award, and “When We Were Birds,” winner of the Oregon Book Award. His poems, essays and stories have appeared in Orion, The Sun and High Country News, and his work has won the Pushcart Prize as well as earned notable mentions in the Best American series.

The finalists and winner will read selections from their works on September 29 at the award ceremony, which will take place at 5:30 pm at the Museum. Learn more at highdesertmuseum.org/waterston-ceremony.

Fedarko’s appearance will take place at 5:30 pm on September 30 in Waterston Desert Writing Prize: A Desert Celebration. Tickets are $7, with a 20 percent discount for Museum members. Learn more at highdesertmuseum.org/waterston-celebration.

Inspired by author and poet Ellen Waterston’s love of the High Desert, the Waterston Desert Writing Prize launched in 2014. The Prize recognizes emerging, mid-career and established nonfiction writers, and it’s named in honor of actor Sam Waterston, who provided the seed money for the endowment that helps fund the award. To learn more, visit highdesertmuseum.org/waterston-prize.

The winner of the 2021 Prize will receive a two-week residency at PLAYA at Summer Lake, Oregon and a $2,500 cash award.

In August 2020, the High Desert Museum announced its official adoption of the Waterston Desert Writing Prize. Since its inception, the awards ceremony has been hosted by the Museum. The mission and goals of the Prize complement those of the High Desert Museum, emphasizing the importance of protecting deserts and creating important conversations about the issues affecting them.

The 2021 Waterston Desert Writing Prize is possible with support from the Charles Redd Center for Western Studies.

THE HIGH DESERT MUSEUM opened in Bend, Oregon in 1982. It brings together wildlife, cultures, art, history and the natural world to convey the wonder of North America’s High Desert. The Museum is a 501(c)3 nonprofit organization accredited by the American Alliance of Museums, is a Smithsonian Affiliate, was the 2019 recipient of the Western Museums Association’s Charles Redd Award for Exhibition Excellence and is a 2021 recipient of the National Medal for Museum and Library Service. To learn more, visit highdesertmuseum.org and follow us on Facebook, Instagram and Twitter. 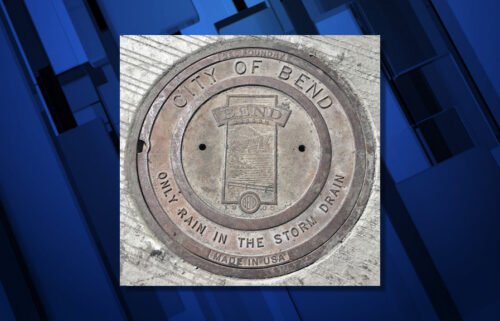 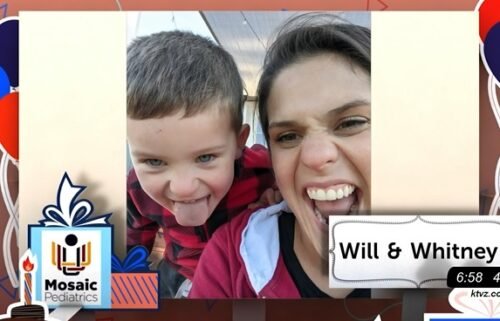 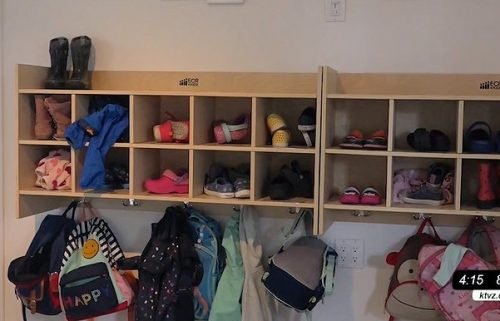