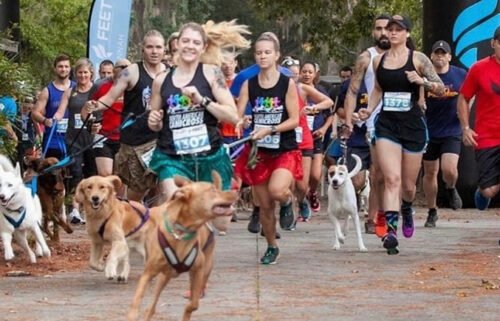 BEND, Ore. (KTVZ) -- BendFilm has announced the 20 films and filmmakers awarded jury prizes and more than $12,500 at the 2021 BendFilm Festival, as well as the list of audience award recipients.

BendFilm Festival is now recognized by The Academy of Motion Picture Arts and Sciences® as one of 64 film festivals in the world (27 festivals in the USA) that is Oscar® qualifying for short films. Following the festival, BendFilm programmers will share the winning Indigenous, Narrative and Animated short films with The Academy screening committee for Oscar® consideration.

Selin Sevinc, BendFilm Head Programmer, said, “It’s incredibly fulfilling to come together to elevate the voices of the independent film community. This year’s festival was a shining example of the need for people to connect over good stories, shared passions and the desire to seek important truths. Thank you to all who made this festival one to remember.”

YOUTH v GOV is the story of America’s youth taking on the world’s most powerful government. Armed with a wealth of evidence, twenty-one courageous leaders file a ground-breaking lawsuit against the U.S. government, asserting it has willfully acted over six decades to create the climate crisis, thus endangering their constitutional rights to life, liberty, and property. If these young people are successful, they will not only make history, they will change the future.

​​When an Afro-Cuban couple whose dreams are not satisfied in Havana cross paths with an Iranian born Canadian woman, the passionate love triangle that ensues between them gives way to a complex dance of desire and need.

Inspired by true events, two best friends, Tariq, an Omani boy and Cai, a privileged Westerner, conspire to steal animals from the zoo and sell them on the black market to raise money for Tariq’s sister’s divorce from an abusive marriage. They are forced to wrestle with morally complex choices that reveal the vast distance between their worlds.

After the death of his mother, Ian must pack up the house where he cared for her in her waning years. A strained relationship between him and his sister leads Ian to discover there are complicated circumstances behind the life he didn't realize he was living.

Ravi and Rita meet on a date arranged by their traditional Indian parents that turns both awkward and enlightening when they find themselves trapped inside together for a week.

A motley crew of thrill seeking ski patrollers living the outdoorsman’s dream face a reckoning with mother nature when the Alpine Meadows avalanche of 1982 strikes, leaving eight people missing during a raging storm.

A motley crew of thrill seeking ski patrollers living the outdoorsman’s dream face a reckoning with mother nature when the Alpine Meadows avalanche of 1982 strikes, leaving eight people missing during a raging storm.

​​Off the coast of Alaska lies a remote island that’s home to the Tsimshian Indians of Alaska's last native reserve, Metlakatla. For more than a century, two sacred traditions have defined Metlakatla: fishing and basketball. In an improbable journey, two cousins lead their team and town in search of their first state championship in more than thirty years—the only thing that will bring life back to an island that has been rocked by tragedy.

Seizing her power as she confronts her mortality, trailblazing trans activist Connie Norman evolves as an irrepressible, challenging, and soulful voice for the AIDS and queer communities of early 90’s Los Angeles.

Understory - A Journey Into The Tongass | directed by Colin Arisman

Three women set sail on a 350 mile expedition through Alaska’s vast Tongass National Forest to explore how clearcut logging in this coastal rainforest could affect wildlife, local communities, and our planet’s climate.

YOUTH v GOV is the story of America’s youth taking on the world’s most powerful government. Armed with a wealth of evidence, twenty-one courageous leaders file a ground-breaking lawsuit against the U.S. government, asserting it has willfully acted over six decades to create the climate crisis, thus endangering their constitutional rights to life, liberty, and property. If these young people are successful, they will not only make history, they will change the future.

Joe Buffalo, an Indigenous skateboard legend and Indian Residential School survivor, must face his inner demons to realize his dream of turning pro.

The untold story of Aboriginal women and their Indipino children.

Noor & Layla are breaking up. Is it the end of the road for these two Muslim women... or is it just the beginning?

The Binding of Itzik | directed by Anika Benkov

A middle-aged Hasidic bookbinder gets more than he bargained for when he responds to a bondage ad on craigslist.

The final feasts of death row inmates serve as the entrée to a salivating investigation of capital punishment.

The Roads Most Traveled | directed by Bill Wisneski

Maryam Tu and her family launch a small batch food project at the beginning of the Covid Pandemic.

A young Indigenous girl must dig deep to own her performance of a Shakespearean sonnet for her high school drama class.

week saga of survival and a story that would capture the world’s attention. The story of the

imagination, determination and unprecedented teamwork displayed during this heroic edge-of-

An elite American alpinist navigating his relationships and motivations while attempting to climb and survive one of the world’s most challenging unclimbed peaks: Link Sar, in the high mountains of Pakistan.

BendFilm hosts an annual independent film festival, year-round film exhibitions and programs, and is the proud owner of the Tin Pan Theater – a boutique arthouse cinema located in downtown Bend’s Tin Pan Alley. The organization is designed to support and nourish filmmakers and enrich the cultural life of Central Oregon while also providing an economic benefit to the region. Celebrating its 18th year, BendFilm is proud to bring diverse voices and visions to the Bend community. The BendFilm Festival runs every October in Bend, Oregon. Make plans to join us October 7-17, 2021 for in-person and virtual cinema plus filmmaker workshops, panels and more. Bend is a mecca for outdoor enthusiasts, foodies, beer lovers and stunning natural scenery. BendFilm is made possible by a dedicated crew of volunteers and generous donors, members and sponsors. For more information, call (541) 388-3378 or visit www.bendfilm.org. Connect with BendFilm on Instagram, Facebook, and Twitter.