Loretta Lynn, the “Coal Miner’s Daughter” whose gutsy lyrics and twangy, down-home vocals made her a queen of country music for seven decades, has died. She was 90.

Lynn’s family said in a statement to CNN that she died Tuesday at her home in Tennessee.

“Our precious mom, Loretta Lynn, passed away peacefully this morning, October 4th, in her sleep at home in her beloved ranch in Hurricane Mills,” the statement read.

They asked for privacy as they grieve and said a memorial will be announced later.

Lynn, who had no formal music training but spent hours every day singing her babies to sleep, was known to churn out fully textured songs in a matter of minutes. She just wrote what she knew.

She lived in poverty for much of her early life, began having kids by age 17 and spent years married to a man prone to drinking and philandering — all of which became material for her plainspoken songs. Lynn’s life was rich with experiences most country stars of the time hadn’t had for themselves — but her female fans knew them intimately.

“So when I sing those country songs about women struggling to keep things going, you could say I’ve been there,” she wrote in her first memoir, “Coal Miner’s Daughter.” “Like I say, I know what it’s like to be pregnant and nervous and poor.”

Lynn scored hits with fiery songs like “Don’t Come Home A’ Drinkin’ (With Lovin’ On Your Mind)” and “You Ain’t Woman Enough (To Take My Man),” which topped the country charts in 1966 and made her the first female country singer to write a No. 1 hit.

Her songs recounted family history, skewered lousy husbands and commiserated with women, wives and mothers everywhere. Her tell-it-like-it-is style saw tracks such as “Rated X” and “The Pill” banned from radio, even as they became beloved classics.

“I wasn’t the first woman in country music,” Lynn told Esquire in 2007. “I was just the first one to stand up there and say what I thought, what life was about.”

She grew up dirt-poor in the Kentucky hills

She was born Loretta Webb in 1932, one of eight Webb children raised in Butcher Hollow in the Appalachian mining town of Van Lear, Kentucky. Growing up, Lynn sang in church and at home, even as her father protested that everyone in Butcher Hollow could hear.

Her family had little money. But those early years were some of her fondest memories, as she recounts in her 1971 hit, “Coal Miner’s Daughter”: “We were poor but we had love; That’s the one thing that daddy made sure of.”

As a young teenager, Loretta met the love of her life in Oliver “Doolittle” Lynn, whom she affectionately called “Doo.” The pair married when Lynn was 15 — a fact cleared up in 2012, after the Associated Press discovered Lynn was a few years older than she had said she was in her memoir — and Lynn gave birth to their first of six children the same year.

“When I got married, I didn’t even know what pregnant meant,” said Lynn, who bore four children in the first four years of marriage and a set of twins years later.

The couple soon headed to Washington state in search of jobs. Music wasn’t a priority for the young mother at first. She’d spend her days working, mostly, picking strawberries in Washington state while her babies sat on a blanket nearby.

But when her husband heard her humming tunes and soothing their babies to sleep, he said she sounded better than the girl singers on the radio. He bought her a $17 Harmony guitar and got her a gig at a local tavern.

It wasn’t until 1960 that she’d record what would become her debut single, “Honky Tonk Girl.” She then took the song on the road, playing country music stations across the United States.

After years of hard work and raising kids, telling stories with her guitar seemed like a break.

The success of her first single landed Lynn on the stage of the Grand Ole Opry in Nashville and, soon, a contract with Decca Records. She quickly befriended country star Patsy Cline, who guided her through the fame and fashion of country stardom until her shocking death in a plane crash in 1963.

Cline “was my only girlfriend at the time. She took me under her wing, and when I lost her, it was something else. I still miss her to this day,” Lynn told The Denver Post in 2009. “I wrote ‘You Ain’t Woman Enough to Take My Man,’ and she said, ‘Loretta, that’s a damn hit.’ It shocked me, because you don’t expect somebody like Patsy Cline to tell you that you have a hit. Right after she passed, I put the record out, and it was a hit.”

Her best-known songs drew from her life and marriage

Lynn’s struggle and success became the stuff of legend, an oft-repeated story of youth, naivete and poverty.

From “Fist City” to “You’re Lookin’ at Country,” Lynn always sang from the heart, whether she was telling off a woman interested in Doo or honoring her Appalachian roots. But her music was far from conventional.

She rankled the conservative country establishment with songs like “Rated X,” about the stigma fun-loving women face after divorce, and “The Pill,” in which a woman toasts her newfound freedom thanks to birth control — “They didn’t have none of them pills when I was younger, or I’d have been swallowing them like popcorn,” Lynn wrote in her memoir.

Lynn’s legend faced questions in 2012 when The Associated Press reported that in census records, a birth certificate and marriage license, Lynn was three years older than what most biographies stated. It didn’t mar Lynn’s success, but did make the oft-repeated tales of her teen marriage and motherhood less extreme.

“I never, never thought about being a role model,” Lynn told the San Antonio Express-News in 2010. “I wrote from life, how things were in my life. I never could understand why others didn’t write down what they knew.”

Lynn always credited her husband with giving her the confidence to first step on stage as a young performer. She also spoke in interviews, and in her music, about the pain he caused over their nearly 50 years of marriage. Doolittle Lynn died in 1996 after years of complications from heart problems and diabetes.

In her 2002 memoir, “Still Woman Enough,” Lynn wrote that he was an alcoholic who cheated on her and beat her, even as she hit him back. But she stayed with him until his death and told NPR in 2010 that “he’s in there somewhere” in every song she wrote.

“We fought one day and we’d love the next, so I mean … to me, that’s a good relationship,” she told NPR. “If you can’t fight, if you can’t tell each other what you think — why, your relationship ain’t much anyway.”

Lynn won numerous awards throughout her career, including three Grammys and many honors from the Academy of Country Music. She earned Grammys for her 1971 duet with Conway Twitty, “After the Fire is Gone,” and for the 2004 album “Van Lear Rose,” a collaboration with Jack White of the White Stripes that introduced her to a new generation of fans.

Her career and legend only continued to grow in her later years as she recorded new songs, toured steadily and drew loyal audiences well into her 80s. A museum and dude ranch are dedicated to Lynn at her home in Hurricane Mills, Tennessee.

Lynn was hospitalized in 2017 after suffering a stroke at her home. The following year she broke a hip. Her health forced her to quit touring.

The title song, which she sang alongside successors Carrie Underwood and Reba McEntire, sounded like a mission statement that captures the ethos of her career:

“I’m still woman enough, still got what it takes inside;

I know how to love, lose, and survive;

I’ve been knocked down, but never out of the fight;

And let me tell you when it comes to love; 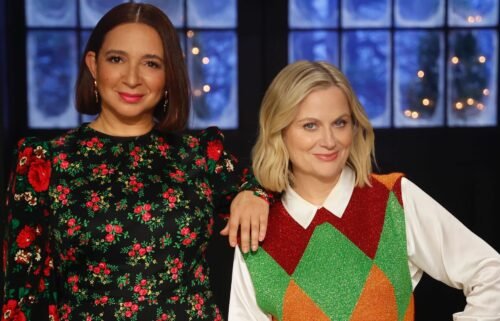 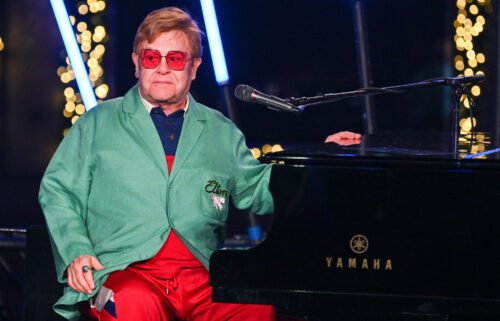 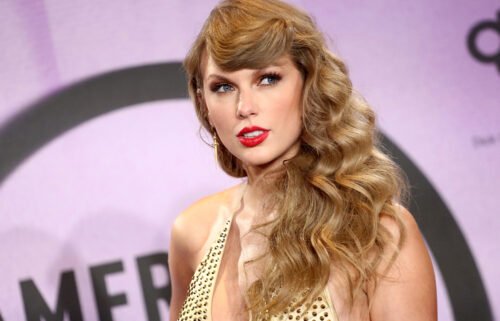