Vaccine advisers to the US Food and Drug Administration will meet Friday to discuss whether to recommend Johnson & Johnson’s Covid-19 vaccine for emergency use authorization.

The vaccine is the third under consideration for the US market, and would be the first single-dose Covid-19 shot available here. Like the earlier Covid-19 vaccines, it was developed and tested at a remarkable pace, condensing into months what might have taken years before the pandemic.

But there are few answers on what will happen if and when it is authorized. The White House said Monday it has not made any plans yet for distributing the vaccine if it wins authorization. There are vague totals of how many doses will be available immediately and no word on exactly where those doses will go.

The Biden administration said last week that, if it is authorized, there are probably single-digit millions of doses available in coming weeks. On Tuesday, Johnson & Johnson’s Dr. Richard Nettles will say that the plan “is to begin shipping immediately upon emergency use authorization, and deliver enough single-doses by the end of March to enable the vaccination of more than 20 million Americans,” according to prepared remarks to be delivered before a House Committee on Energy & Commerce subcommittee.

Still, clinical trial investigators are confident that the Johnson & Johnson vaccine will be authorized quickly, as happened with the Pfizer/BioNTech and Moderna Covid-19 vaccines.

“We sure hope it will be as quick, if not quicker,” said Dr. Pat Flynn of St. Jude Children’s Research Hospital in Memphis, one of the lead investigators of the J&J trial.

Johnson & Johnson officially asked the FDA for emergency use authorization on February 4. Adding a third vaccine to the mix — particularly a vaccine that needs only one dose — would add both supply and flexibility to US vaccination efforts.

“It seemed to work really well in preventing the most severe form of the disease,” said Dr. Jeff Carson, who co-led the trial at Rutgers Biomedical and Health Sciences. His arm of the trial, J&J’s second largest, had more than 800 volunteers. “We weren’t shown any side effect data from the company, but my sense is it’s not a big problem at all.”

“I would anticipate it’s going to get approved, and we certainly need it,” Carson said.

Carson said he’s eager to see more data about the vaccine; details about what was submitted to the FDA should be available online no later than Wednesday, according to the agency.

How the vaccines differ

On Friday, the FDA committee will look at any potential safety issues. With the Moderna and Pfizer vaccines, for example, the committee asked questions about a handful of cases of severe allergic reaction to those vaccines. Severe adverse reactions were extremely rare.

Its efficacy against moderate and severe disease ranged from one country to another: 72% in the US, 66% in Latin America and 57% in South Africa. This was measured starting one month after the shot.

The differences in regional effectiveness may in part be due to the number of variants in circulation, experts said.

In the South African arm of the clinical trial, the majority of the cases were due to a variant known as B.1.351, which is more transmissible and carries mutations that make it less susceptible to the antibody immune response — including antibodies that would be prompted by vaccination.

While the Pfizer vaccine showed an efficacy of 95% at preventing a symptomatic Covid infection after a person got two doses and the Moderna vaccine was 94.1% effective, scientist said it’s not fair to compare vaccines, since they weren’t tested against one another.

The Pfizer and Moderna vaccines, with this almost identical efficacy, were tested at about the same time. The J&J vaccine was tested a few months later, when there were more variants circulating.

“I think in the end, we don’t know whether one is better than the other,” Carson said.

Dr. Aditya Guar, one of the investigators with the St. Jude arm of the trial, said people need to understand that the J&J vaccine does its job very well.

“It’s the outcome of preventing hospitalization and death that is important, and for that, it’s complete,” Guar said. “It is effective with one dose of the vaccine and it works.”

Carson said patients and friends have been asking him if they should take the J&J vaccine when it is available.

“My advice to all my patients and to all my friends will be to get the first vaccine you can get. That’s what matters the most, to get protected,” Carson said.

All the vaccine makers are looking into whether a booster dose could provide better protection against coronavirus variants. J&J also has an ongoing late stage trial testing a two-dose vaccination program; the company is expected to have those results in the second half of 2021.

“The Company’s EUA submission is based on topline efficacy and safety data from the Phase 3 ENSEMBLE clinical trial, demonstrating that the investigational single-dose vaccine met all primary and key secondary endpoints,” a J&J spokesperson said in an email to CNN. “A one-dose vaccine is considered by the World Health Organization to be the best option in pandemic settings, enhancing access, distribution and compliance.”

If the committee recommends an emergency use authorization of the J&J vaccine, the FDA will next decide if it wants to accept that recommendation. It usually does, and it could make its decision almost immediately, as it did with the Pfizer and Moderna vaccines.

Next, the US Centers for Disease Control and Prevention’s Advisory Committee on Immunization Practices will meet to discuss whether the vaccine should be given to Americans, and if so, this committee helps prioritize who should get the vaccine first. The committee has an emergency meeting scheduled for February 28 and March 1.

For Pfizer, the process took a little over three weeks. For Moderna, it was a little more than two.

Vaccinations could start shortly after. Johnson & Johnson’s vaccine is expected to be easier to distribute, and would require only one shot.

“If you think about it on a population basis, the J&J vaccine can offer more protection,” said Dr. Philip Grant, a lead investigator for the J&J trial at Stanford University Medical Center. “You know if you give 10 shots of the J&J vaccine, that’s protection for 10 people. Ten shots of Pfizer or Moderna is protecting five people. You know, even short term, it’s going to have a huge role in the United States.”

Still, questions remain about how many doses will be available. When asked, the company would not directly address the specific week-to-week production numbers. The US government has ordered 100 million doses to be delivered by June and J&J told CNN it can meet that commitment.

The company has been wrestling with upping its production, and the Biden administration has been keeping close tabs on the manufacturing, saying it’s doing “everything we can” to accelerate the delivery schedule.

“The production of our vaccine is a highly complex process that requires very particular capabilities and experiences,” according to the prepared remarks from Johnson & Johnson’s Nettles. “As a result, there are significant challenges inherent in scaling manufacturing output and accelerating the timeline needed for a COVID-19 vaccine.”

Dr. Anthony Fauci, the director of the National Institute of Allergy and Infectious Diseases and chief medical adviser to the White House, said Monday that more doses will come down the road.

“There will not be a lot of doses right on the heels of the EUA, but that will accelerate as we get into the months towards the contractual arrangement of when 100 million doses will be given,” said Fauci.

It’s also not clear who could be in line for the vaccine. Andy Slavitt, a senior adviser to the White House coronavirus response team, said Monday that the federal government will wait on a decision from the FDA and the guidance from the CDC committee.

Fauci said the FDA may find information in the trial data that would suggest the best strategies for distributing it.

“In the data there may be hints about just how this would be used most appropriately and most effectively. When we find that out, then the policy of the distribution would become much more scientifically based,” Fauci said 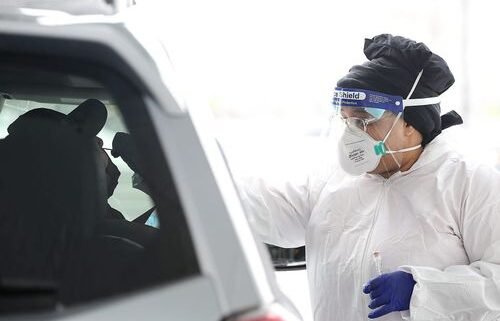 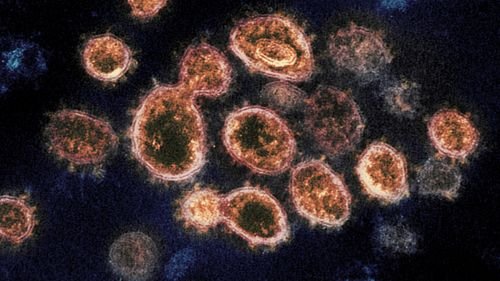 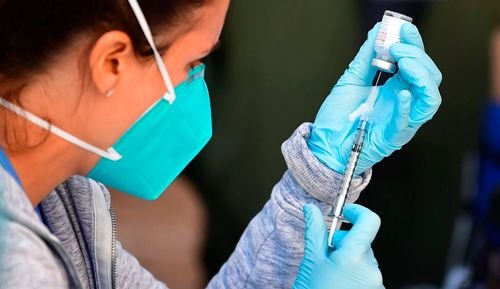