Advisers from the US Food and Drug Administration voted unanimously to recommend emergency authorization of a booster dose of Moderna’s Covid-19 vaccine, and a day later did so again for a booster of Johnson & Johnson’s vaccine.

The group voted Friday to authorize a booster shot of Johnson & Johnson’s vaccine for Americans 18 and older at least two months after they get their first shots. Johnson & Johnson said studies showed boosting at two or six months can bring effectiveness up to 94%.

If the FDA follows its advisers’ recommendations, more than 90% of people vaccinated with the Johnson & Johnson shot — nearly 14 million people — will be eligible for the booster right away.

Anyone who got the single-shot Johnson & Johnson vaccine “can benefit from a second dose” of it,” Dr. Paul Offit, a member of the FDA Vaccines and Related Biological Products Advisory Committee, told CNN’s Jake Tapper on Friday.

Meanwhile, Moderna’s EUA request mirrored the groups authorized to receive a booster dose of Pfizer’s mRNA vaccine. Third doses of the Moderna and Pfizer Covid-19 vaccines are already authorized for some immunocompromised people.

Yet some experts are noting that while antibodies may wane over time, the initial two-dose regimen for both the Pfizer and Moderna vaccines is still holding up against severe Covid-19 infection.

Offit told CNN’s Wolf Blitzer on Thursday that proper expectations need to be set about what vaccines are supposed to do and how they remain effective.

“We have to define what’s the goal of this vaccine. If the goal of this vaccine is protection against serious illness, meaning the kind of illness that causes you to seek medical attention or go to the hospital or the ICU, the current vaccines, as two-dose vaccines, are doing exactly that,” he said. “So, you don’t really need a booster dose, at least as far as those data are concerned.”

The committee recommendation for Moderna’s booster is the same as the one granted last month for the Pfizer/BioNTech third dose: it’s authorized for people older than 65, and people 18 and older who are at risk of severe disease or who live or work in a situation that puts them at a higher risk for complications or severe disease.

Offit said that although he voted to recommend half-dose booster shots for some people six months after their first two doses of Moderna’s vaccine, he doesn’t think everyone needs one.

“I do worry about the sort of 18- to 29-year-old because that’s the group that has a higher risk of myocarditis — that’s inflammation of the heart muscle,” he said. “So, without sort of clear benefit that that third dose is necessary, I think we’ve created this kind of ‘third dose fever’ in this country because of the way this has played out.”

Dr. Michael Kurilla, director of the Division of Clinical Innovation at the National Center for Advancing Translational Sciences at the National Institutes of Health, agreed.

“I don’t see the need for a let-it-rip campaign for boosters,” Kurilla said.

More than 9 million people have received a booster dose of coronavirus vaccine, according to the latest data from the Centers for Disease Control and Prevention, which is nearly 5% of those who were already fully vaccinated.

President Joe Biden highlighted progress since July when nearly 100 million eligible Americans remained unvaccinated, but said the nation is in a “very critical period” and urged more to be done.

“We’re down to 66 million, still unacceptably high number of unvaccinated people,” he said Thursday. “Now’s not the time to let up.”

The FDA will consider the committee’s recommendations, and if an EUA is approved, then the CDC will confer about which groups would be eligible.

As the discussion on boosters continues, experts consistently point to the greater need to inoculate those unvaccinated to get ahead of the pandemic. And while many Covid-19 vaccine mandate campaigns from the public and private sectors have met with success, some agencies are finding pushback from a vocal subset.

In Chicago, the police union president said up to half of the city’s officers could be placed on unpaid leave starting Friday because of individuals’ failure to report their vaccination status as required by the city. The police department said this week that it will be fully staffed going into the weekend.

Many state employees in Washington are four days away from a deadline for being fully vaccinated against Covid-19, and officials will not extend that deadline further.

“If people do make the choice to leave public service, we will replace them,” Gov. Jay Inslee said Thursday.

More than 90% of state employees have provided proof of vaccination, Inslee said, and about two percent more have been given special accommodations that will allow them to remain unvaccinated due to medical conditions or religious convictions.

In Nevada, rural hospital intensive care units stretched to their limits may face a staffing shortage as a vaccine mandate for health care workers kicks in on November 1.

“We know that there are staff members that will refuse to be vaccinated,” Joan Hall, president of Nevada Rural Hospital Partners, said in a briefing Thursday. Vaccination rates for employees at their hospitals range from 60% to 90%, Hall said.

Meanwhile, a Massachusetts district judge denied a request from the state’s correction officers union to issue a preliminary injunction to block a statewide vaccine mandate that requires all executive department employees to be vaccinated by October 17, according to court documents.

The Massachusetts Correction Officers Federated Union and several other individuals alleged the governor and corrections department commissioner violated the Contracts Clause of the US Constitution and their 14th Amendment Rights by enforcing the mandate. An attorney for the union, McDonald Lamond Canzoneri, said about 40% of members of the union were unvaccinated as of Friday, according to court documents.

But experts have consistently pointed out that areas with higher rates of vaccination are faring better with Covid-19 hospitalizations.

New York City has an indoor vaccine mandate for many businesses, and Mayor Bill de Blasio said Thursday that 85% of adult residents have received at least one dose of Covid-19 vaccine.

The Covid-19 hospitalization rate in the city’s public health system has reached its lowest point since the beginning of the pandemic, according to Dr. Mitchell Katz, CEO of NYC Health + Hospitals.

Antiviral pill application will be reviewed

Vaccines have been proven to be the most effective means of Covid-19 protection, yet the measure is a preventative one. An antiviral pill that may help those newly infected is now slated for review next month.

If authorization is eventually granted, the drug — which comes in capsule form — would be the first oral antiviral treatment to fight Covid-19.

The FDA noted it doesn’t always convene an advisory committee meeting to discuss a potential EUA, but it can when the committee discussion would help inform the agency’s decision-making.

“We believe that, in this instance, a public discussion of these data with the agency’s advisory committee will help ensure clear understanding of the scientific data and information that the FDA is evaluating to make a decision about whether to authorize this treatment for emergency use,” Dr. Patrizia Cavazzoni, director of the FDA’s Center for Drug Evaluation and Research, said in a statement. 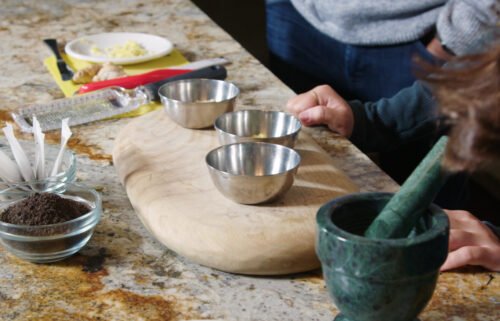