As the number of new daily cases of Covid-19 continues to fall in the US, the country awaits a major milestone that could provide another critical tool in the fight against the pandemic — the first vaccine for children ages 5 to 11.

And Dr. Scott Gottlieb, a former US Food and Drug Administration (FDA) commissioner and current Pfizer board member, said the company is ready to ship out doses for children as soon as the agency signs off.

The FDA’s independent vaccine advisory board plans to meet Tuesday to discuss whether the Pfizer/BioNTech Covid-19 vaccine should be authorized for younger kids.

On Friday, Pfizer released documents on the efficacy of a children’s dose of its Covid-19 vaccine, saying the company found the vaccine was 90.7% effective against symptomatic disease in children ages 5 to 11.

Once the FDA makes its authorization, the issue goes to the US Centers for Disease Control and Prevention’s vaccine advisory group, which is set to meet November 2 and 3, and from there the CDC director signs off on the recommendation.

“If Pfizer does get the authorization on Tuesday from FDA, even before the CDC votes on this on November 2 and 3, they’ll start to ship it into the supply chain,” Gottlieb said on CBS’ “Face the Nation” on Sunday.

“It will be available for use once there’s a hopefully positive vote from CDC. So, it could be as early as November fourth or fifth, that you can go into some locations and get your child vaccinated,” he said.

Expanding the age groups eligible for vaccination couldn’t come soon enough, as Covid-19 cases among children represent about a quarter of all weekly reported cases in the US, according to the American Academy of Pediatrics. About 131,000 new cases were reported among children in the week ending October 14, the group said.

CDC Director Dr. Rochelle Walensky said since many children are vulnerable to the virus in school settings, it’s vital to use preventative measures.

Dr. Ashish Jha, the dean of the Brown University School of Public Health, told CNN last week being able to vaccinate younger children will help tame the pandemic in the US.

“Kids need to get vaccinated because it’s going to be good for them. It’s going to protect them,” Jha said. “Obviously, it’s also going to add population immunity to our broader population. … It is going to be one more important step towards getting to the end of this pandemic.”

Currently, 57.4% of the total US population is fully vaccinated, according to the CDC. More than 66% have received at least one dose of vaccine.

US Surgeon General Dr. Vivek Murthy said Friday, while there are still 65 million unvaccinated Americans, the fact vaccines are now available will likely prevent the coming winter from seeing as much Covid-19 transmission as last winter.

“We are coming into a colder season, we know respiratory viruses do tend to spread during cold weather season, but there’s something we have this winter that we didn’t have last winter and that is millions and millions of people who are vaccinated. It’s a big deal,” Murthy said in an interview with Conversations on Health Care.

But even with all those vaccinated residents and falling case numbers, the threat is still significant. More than 90% of counties — home to more than 319 million people — still have “high” or “substantial” community transmission, according to thresholds set by the CDC.

Because of the stubbornly high transmission rates, Walensky said it’s important to get vaccinated ahead of holiday gatherings, but Halloween can proceed with precautions, even if kids are too young for vaccination.

Moderna said Monday interim results of a Phase 2/3 trial showed its Covid-19 vaccine was well-tolerated and generated a robust immune response in children ages 6 to 11.

The trial included more than 4,700 participants between the ages of 6 and 11, and looked at two 50-microgram doses of Moderna’s vaccine given 28 days apart, which is smaller than the 100-microgram dose given to adults. The company compared the antibody response in younger children to the response in young adults in the company’s Phase 3 trial, and found a “strong immune response in this cohort of children one month after the second dose.”

Moderna said it will submit data to the US Food and Drug Administration and other global regulators “in the near term.” Moderna’s vaccine is currently authorized for people age 18 and older. The company requested emergency use authorization for its vaccine for people ages 12 to 17 in June, but FDA authorization has not yet been extended to that age group.

What vaccine approval for kids could mean for mandates

With the prospect of a vaccine for 5- to 11-year-olds on the horizon, some experts and local officials are weighing whether that age group will face vaccine mandates.

When asked about the issue by Fox News, Walensky said, for now, the agency is focused on discussing and analyzing vaccine data in children.

“We are having discussions about authorization, so I think we need to get children vaccinated through this authorization and to get to approval before we can make a judgment there,” she said.

Arkansas Gov. Asa Hutchinson echoed that sentiment Sunday, telling CNN’s “State of the Union” there may come a day when his state mandates Covid-19 vaccinations for schoolchildren, “but that time is not now.”

“We need to have more experience with that. We need to have more public acceptance of it, of the vaccine. And so it could happen down the road. It also depends upon the severity of the Covid outbreak and whether the cases skyrocket again or not,” he said.

The country is much closer to the end of the Delta surge than the beginning, even with the newest variant mutations, Gottlieb says.

“You have seen cases come down all across the country. This new variant, we think it could be more contagious. I don’t think it’s enough to change the overall trajectory,” he told CBS Sunday.

However, Gottlieb also warned while the new Delta plus variant may not significantly impact the direction of the pandemic, it may impact future vaccine formulations.

“I don’t think it will be a new variant that sweeps across the globe and we’re back to square one here,” he said. “I think this is something that will probably push in the direction of eventually reformulating our vaccines, because what we’re seeing is the new mutations are occurring with that Delta lineage.”

“I don’t think anyone should die from Covid now. This is an avoidable death,” Gottlieb added.

While some people may be immunocompromised and not mount as aggressive a response to the vaccine, they can be further protected by additional infusions of monoclonal antibody treatments used off label to prevent infection, according to Gottlieb. They are currently authorized by the FDA to be used post-exposure but not as a prophylactic.

“The drugs can be used in that way, Regeneron is making them available under a compassionate-use basis for that use.” said Gottlieb.

Regeneron and Eli Lilly have authorized monoclonal antibody treatments for Covid-19. Gottlieb added Regeneron has an application for this use before the FDA.

“We should be protecting these lives,” Gottlieb said. “These are fragile lives. We have the tools to do it. We’re not making aggressive enough use of these tools.”

New data from the Substance Abuse and Mental Health Services Administration shows the majority of people older than 12 said Covid-19 hurt their mental health, but it also suggests they didn’t turn to drug and alcohol use as a solution, according to a SAMHSA study published Monday.

The SAMHSA report is published annually, but it was pared down because of the pandemic, so it may not paint the usual complete picture of substance use in the United States. It focuses more on mental health and how it was affected by Covid-19. HHS researchers were able to collect survey data only in January-March 2020 and October-December 2020.

“In Quarter 4 of 2020, most adolescents aged 12 to 17 perceived a negative effect of the Covid-19 pandemic on their mental health,” researchers wrote in the report.

In adults older than 18, 18.3% said their mental health was affected quite a bit or a lot, and 54.7% experienced a little or some negative effect.

SAMHSA researchers found that most people older than 12 reported their alcohol stayed about the same as pre-pandemic use, and only 15.4% said they felt they drank more.

For drugs other than alcohol, nearly a third of people older than 12 said they used drugs less than before the pandemic, and 57.5% said their drug use remained about the same.

“Because these data were collected in Quarter 4, these estimates might not reflect temporary increases in alcohol consumption early in the Covid-19 pandemic that were followed by a return to a pattern of alcohol use that was about the same as it was before the Covid-19 pandemic began,” the researchers wrote, adding they also had a similar caution to the drug use statistics.

“We found that adolescents who had had a past-year major depressive episode were much more likely than those who didn’t to perceive that the pandemic had negatively affected their mental health, quite a bit or a lot,” Michael King, a SAMHSA data analyst, said in a media briefing. He said there were similar findings in adults. 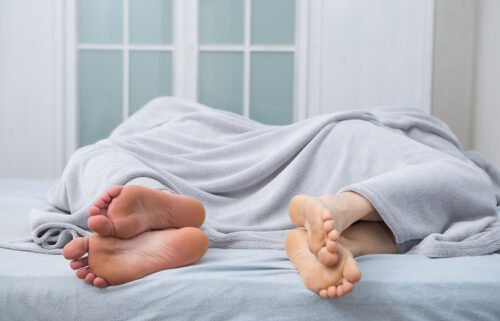 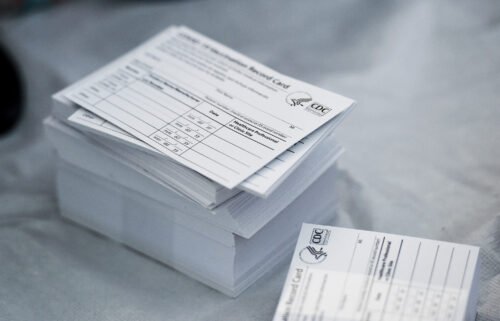 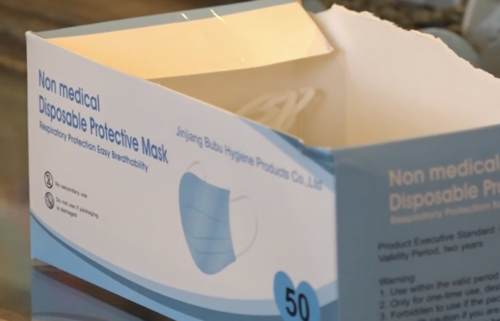 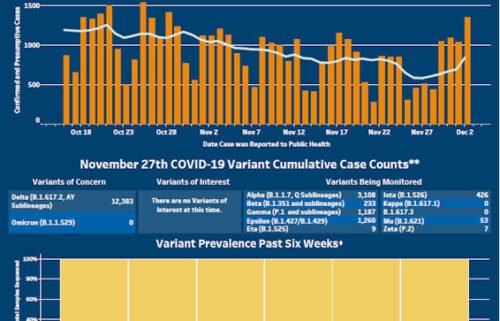